Rich in history and high on charm, Scottsdale’s Golden Keys neighborhood is a study in mid-1960s cool.

Entering this unassuming Scottsdale neighborhood tucked between 61st Place and 64th Street just north of Thomas Road feels like stepping back in time. With its 1960s Palm Springs vibe, modest-looking flat-roofed town homes and minimalistic landscaping, Golden Keys is a direct reflection of builder Dell Trailor and architect Ralph Haver’s combined vision: a midcentury modern aesthetic with Mediterranean flavor. Built between 1964 and 1968, Golden Keys is a 55+ community with 184 two- and three-bedroom patio homes constructed of concrete block with two-car garages. Residents say they are drawn there for its centralized location, easy lifestyle and all-around charm.

“Dell Trailor was very aware that people wanted a place to come in the fall and winter, and these homes require little maintenance, so people could easily close them down for summer and escape the heat elsewhere,” notes Nancy Dallett, a resident of Golden Keys since 1998. “Dell was one of the first to develop xeriscape communities that required less water and attention.”

Dallett was attracted to the tucked-away setting, diverse architectural details and the best pool house she’s ever seen, all nestled at the foot of Camelback Mountain and with views of the Papago Buttes. “My understanding is that the land was previously a trotter’s track, and the jockeys and horse stables were across from the track on 61st Street. Trailor admired the white buildings in Greek towns and wanted to create a new kind of community that differed markedly from the popular surrounding ranch-style houses,” she says.

“He also liked the town-house configuration and built threshold entry features with curved walls, wrought-iron elements and lights that made a statement. He created just enough diversity in style, layout and levels to keep the streetscape interesting and your eye always moving to small details in the brick, wrought iron, roof details, tiles and arches.” Dallett once asked Trailor why he called the development Golden Keys, assuming it had something to do with retirement and the golden years. “He laughed and said, ‘No, I had a gold Cadillac at the time and I loved that car!’” New homeowners received a commemorative Golden Key attached to a Dell Trailor key fob, which today is probably a nostalgic collector’s item.

And of course, there’s that pool house. Reminiscent of a layered birthday cake, the off-white circular structure with its turquoise detailing and repetitive arch motif has a “Neo-Neoclassical” bent, according to Alison King, founder of ModernPhoenix.net, a website focusing on midcentury architecture. “Its arcade motif is expressed in the pool house, often on the town homes themselves and inside them as well.”

Over the past 10 to 15 years, many of the homeowners have reinvested in their properties by renovating the interiors, while also respecting their classical character. “We take care of and pride in our ’hood,” notes Dallett. “It’s peaceful and quiet here, and we are committed to protecting this place and caring for one another.”

For years, Jo Ann Tull lived in and decorated the interiors of the adobe homes her famous husband, the late artist and home designer Bill Tull, built for them. But in 2011, she shifted gears in a big way. “I decided to move, and I wanted to find a midcentury contemporary box,” she remarks. After scouring the market, she found what she was looking for in Golden Keys. “Once remodeled, I knew it would fulfill my dream.”

Jo Ann says her daughter, Jennifer, was in charge of the entire project. “She has her father’s eye for design,” her mother notes with pride. “Bill, who was a Phoenix Home & Garden Masters of the Southwest award winner, and I toured Golden Keys in the early 1970s and we were very impressed with Dell Trailor’s vision. The simplification of design incorporating high ceilings and arches, plus architectural details on the exterior with everything painted the same color, including the trim, all stood out to us. So did the outstanding community complemented by views of two mountain ranges.”

While it was imperative for her to keep the home’s original architectural aesthetic, she modernized her space by adding a tall, commercial-grade glass entry door, turned two tiny bedrooms into a loft space, upgraded and converted the kitchen and dining room into one room, and removed an indoor hot tub to expand her master bathroom. Now filled with her many finds (she loves to shop estate sales), the sophisticated interiors are a showcase for her Mexican antiques and midcentury furnishings—and her late husband’s artwork.

1. Jo Ann Tull’s sleek dining room and kitchen share the same bright space. “My home is midcentury modern, with its fabulous arches and high ceilings creating simple but elegant interiors,” she says. “The original design is very prevalent in my home.” The flowerpot painting is by her late husband, Bill Tull. 2. With the removal of a Jacuzzi, space was made at the back of the master bath for an open shower with black pebble flooring. 3. A midcentury mirror with stylized lights and a painting by Gene Szafran highlight the powder room.

Ever since he moved to Phoenix in 1979, Craig Pearson has played with design, living in numerous homes of varying sizes, styles and locations. In 2020, he moved from a 3,700-square-foot home to a 1,380-square-foot residence at Golden Keys. “My grandparents had lived in a similar neighborhood when I was younger, and I have always been a big admirer of Ralph Haver,” he remarks. Years later, he bought a place for his parents in Golden Keys, where his sister, Cyndi, now lives.

When he found himself back at Golden Keys, it was after the purchase of not one, but two homes for himself. “I live in one and guests stay in the other,” he explains. “I had attended Modernism Week in Palm Springs and found myself more excited about midcentury modern architecture than ever before.”

After gutting his unit, Craig—who owns the interior plant design business, Pearson & Co., and is also one of the inaugural Phoenix Home & Garden Masters of the Southwest award winners—went to work. He sandblasted the all-wood ceilings to reveal their natural character, acid-washed and stained the original concrete flooring and redesigned a few spaces, still staying true to the home’s original architecture. He also repainted the exterior in its original color to match the off-white and turquoise pool house, which he can see from his front door. Brimming with art and Latin and Asian furniture, along with his many treasured accents, the eclectic abode is a clear indicator of his authentic style. “According to my sister, who is a minimalist, I’m a maximalist!”

1. Homeowner Craig Pearson was going for a Palm Springs feel in his front yard with clusters of cacti, along with a stone Buddha head. 2. Craig’s eclectic taste is reflected in his living room. The set of five self-portraits is by Beverly McIver.

Keeping things all in the family, Cyndi Pearson purchased the home her parents wintered at from her brother, Craig, who now lives on the same street. “Our grandparents lived at Villa Monterey, a Dell Trailor sister community in Scottsdale, and I always thought it was such a cool neighborhood,” she says. “What I like about Golden Keys is its charm and the feeling of stepping back in time.” She didn’t, however, want her place to feel outdated and dark, which it did when she bought it. She took it down to the studs and started fresh while preserving the character of the setting.

Skylights were added, walls were painted white, the old carpet was replaced with Mediterranean engineered hardwood, and the 1,700-square-foot two-bedroom unit was transformed with white cabinetry, warm woods, soft fabrics and numerous pieces from her brother’s extensive art collection. “Craig was a great help during the renovation, and he is so generous with his art. We often swap pieces when we want to change things up,” Cyndi says.

One of her favorite views is from the living room into the kitchen. “I did not want to see the appliances, and I wanted to keep things clean, so there are no overhead cabinets. Instead, I went with a full wall of gray-and-white patterned deco tiles that serve as both a backsplash and a work of art,” she remarks. “More than anything, this home is about comfort. I like to mix modern with rustic. For me, less is more.”

1. Cyndi Pearson says her house is all about comfort, as is evidenced in her bedroom with its special reading nook. Painting by Susan Osborne. 2. The combined dining and kitchen areas are a testament to the homeowner’s clean style. The deco-tile wall doubles as a work of art. 3. Replacing an old rock fireplace in the TV room is a heavy-gauge metal version by artist Bruce Fortner. 4. Traditional in style with Asian accents, the two-story town house features the original archways and high ceilings.

Like many Golden Keys residents, Robert McCannel and Andy Martin moved to the neighborhood because they wanted a simpler lifestyle and they were attracted to the uniqueness of the setting. “The midcentury standard can be seen throughout the community, and there is just so much charm and beauty in the architecture. It doesn’t feel like your typical Phoenix neighborhood,” notes Robert, who loves going to estate sales. In fact, that’s how the pair came upon their home.

“It was a distressed property with good bones. We fell in love with it right away, but it had just sold to someone else,” he says. Determined to buy the unit, they contacted the new owner, and not long after, it was theirs. Although they did almost a full renovation, the pair stayed true to the original design by keeping the existing arches, Mediterranean tile and stained glass. Robert, who says he is more old-school, did not want to open up the rooms of the 1,978 square-foot unit, but instead chose to keep the ambiance cozy and intimate.

“I’m very traditional and definitely not a minimalist. I’m probably the only person who still collects china and crystal,” Robert quips. “Andy, who is a ninja master, brings the Asian influences to the decor. He was in charge of the landscaping, while I pretty much did all of the interiors. I like to think of our place as being reminiscent of a luxury boutique hotel—warm, inviting and comfy.” 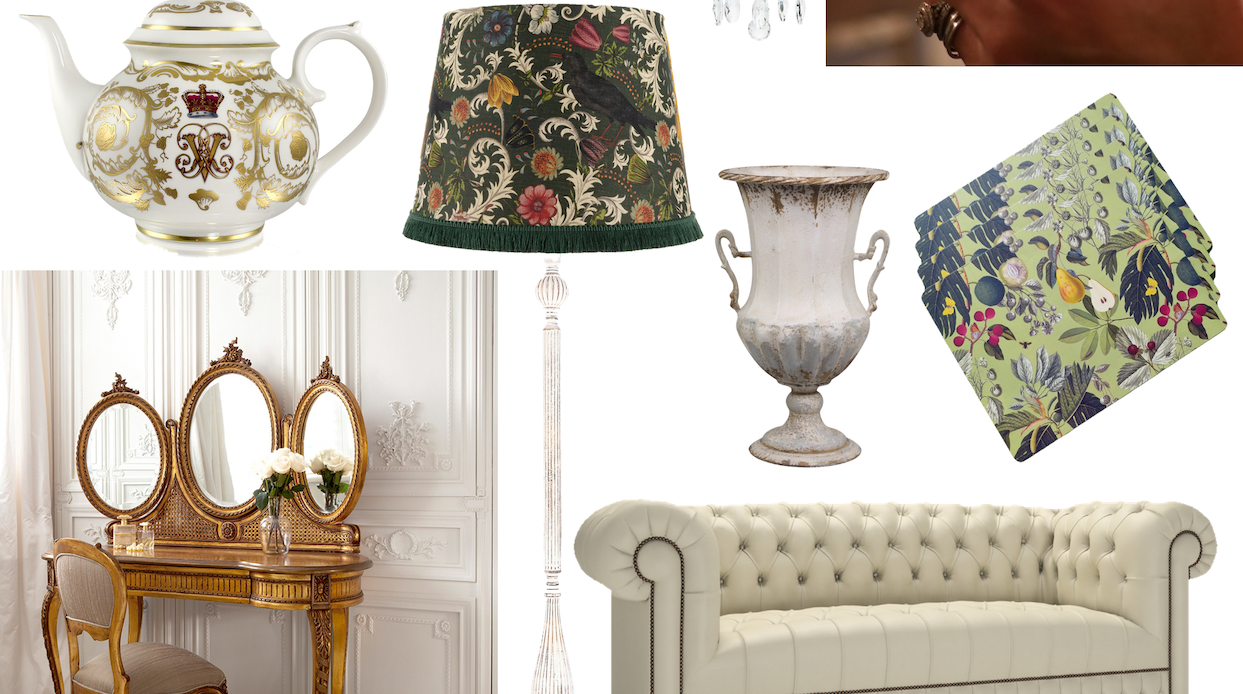 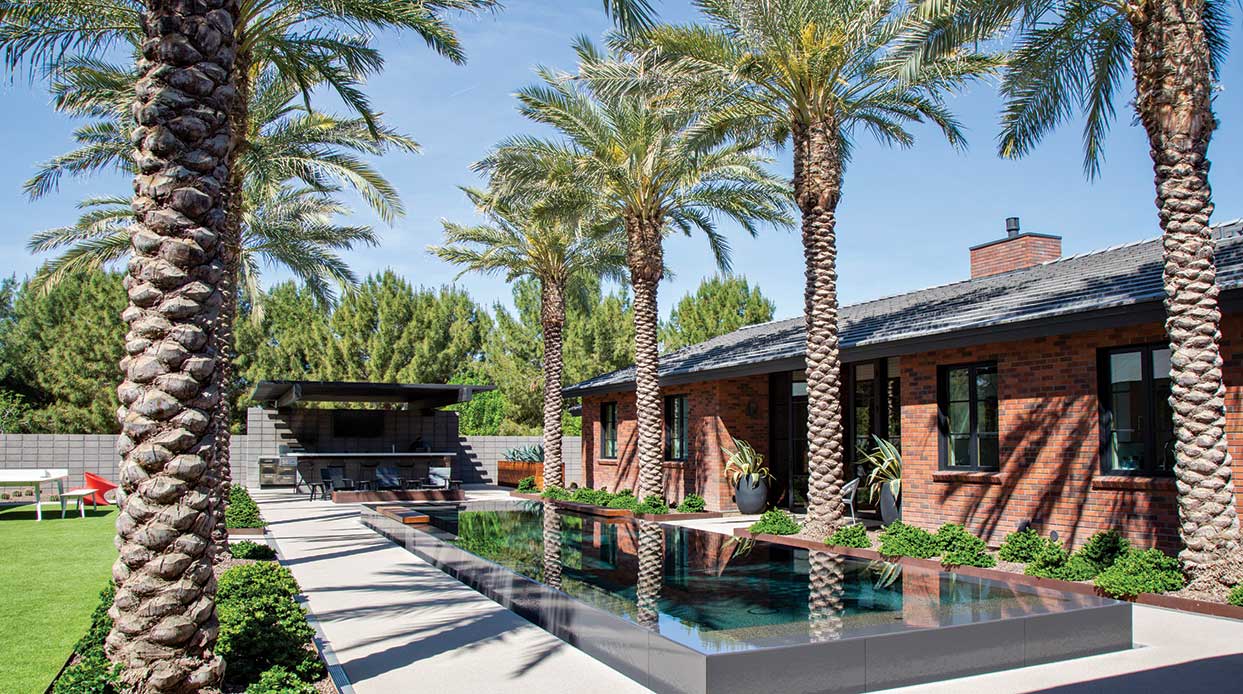 The Family Farm on the 2022 Garden Tour