Open to academics and the public alike, Tucson’s renowned Center for Creative Photography houses some of the world’s most iconic images.

Located in the arts district of the University of Arizona campus, the Center for Creative Photography’s three-story concrete-and-brick facade does not hint at the legacy housed within its walls. Founded in 1975, the CCP has become one of the world’s most respected—and comprehensive—academic art museums, preservation centers and study resources for the history of photography. It is also the setting for an array of opportunities open to the public.

“We are frequently asked whether we are a research institution or a museum,” says CCP director Anne Breckenridge Barrett. “Our collection is not just stacks of pictures in a vault accessible only to academics. Our founders’ intent was to create a site where people could come and learn, experience, ask questions and be inspired by photography.”

In addition to archives representing more than 2,200 photographers, the Center for Creative Photography includes a research library, auditorium and state-of-the-art conservation lab.

The story of the CCP’s genesis is legendary among its faculty and staff. While mounting an exhibit of the work of master landscape photographer and environmentalist Ansel Adams, John Schaefer, then-president of UA and a photography aficionado in his own right, had a lightbulb moment. Without preamble, he asked Adams if he would consider donating his entire archive to the university.

“Ansel had been approached by other institutions, but, not wanting his life’s work to end up in boxes in a basement, had been reluctant to make a commitment,” relates CCP senior marketing and public relations officer Gina Compitello. “He wanted his legacy to be where it would be of value for generations to come.”

To discuss the proposition further, Adams invited Schaefer to visit his studio in Carmel, California. From that encounter, the framework for the CCP was born. The inaugural bequest of Adams’ archive, which includes thousands of photographs, negatives, contact sheets and personal items—including his cameras and the worn felt Stetson in which he was frequently pictured—was soon followed by endowments from four of the most recognized names in 20th century photography: Wynn Bullock, Harry Callahan, Aaron Siskind and Frederick Sommer. Other heavyweights who have since donated their artifacts include Richard Avedon, Lola Alvarez Bravo, Edward Weston and Louise Dahl-Wolfe. In all, the CCP is custodian of more than 8 million objects representing the work of more than 2,200 photographers. The CCP is also home to a research library, auditorium and one of the United State’s only state-of-the-art conservation labs located within a photographic institution.

A space on the second floor is frequently used for exhibiting unframed prints, which chief curator Rebecca Senf says gives the public the opportunity to interact with the artworks in an “un-museumlike” way.

2019 brought the Center for Creative Photography what director Anne Breckenridge Barrett calls “the most important and largest acquisition since the Center’s founding”: the archive of Pulitzer prizewinning photojournalist David Hume Kennerly, whose career spans more than five decades on the front lines of world events. His iconic images of U.S. presidents, world leaders and celebrities helped define the genre of political photography and portraiture in the modern era. In addition to the breadth of the catalog—almost one million images, prints, objects, correspondence and memorabilia— the donation is significant because as a living, working photographer, Kennerly will be able to engage with researchers and connect with the public directly.

In conjunction with the procurement of the archive, the CCP will present an exhibition, “David Hume Kennerly: Witness to History,” through October 2020. Learn more at
kennerly.ccp.arizona.edu.

With images dating back more than 150 years, how does a body such as the CCP determine what will be relevant to its academic audience? “When adding items to our collection, we consider their research value or potential,” says chief curator Rebecca Senf. “Our decisions are based on our knowledge and experience of who has already used the collection, and what they tend to value. We are continually surprised by questions people ask or what they are focused on learning.”

Senf recalls a conservator on a quest for determining the brand of paint that abstract expressionist Jackson Pollock favored. “We have the portraits that Hans Namuth took of Pollock in his studio in 1950. By studying those images, this individual could see the cans of paint in the background, right down to the names on the labels.”

Beyond academia, public engagement is a vital component of the CCP. Three on-campus galleries feature concurrent rotating exhibits that are free to the public. In-house facilities include a dedicated viewing room that hosts interactive experiences, such as the opportunity to see archival prints in their raw, unframed form.

The original silver gelatin contact print of Edward Weston’s famous “Pepper No. 30” is part of the CCP’s photographic archive. The image, taken in 1930, has been interpreted in countless ways and studied by generations of photographers.

Untitled, 1950 by Louise Dahl-Wolfe. The celebrated fashion photographer’s complete body of work resides at the CCP.

“Once you put an object in a frame or behind glass, you create a barrier,” says Senf. “We have a responsibility to protect these objects, so we can’t display them without that protection all the time. But we can host events where guests can connect with the works in an alternate way—as the artist made them. It gives people a sense of what potential is available with a photographic object that they may not otherwise know.”

The CCP has made strides in broadening its reach to an audience beyond the UA campus. A 2006 partnership with Phoenix Art Museum includes exhibits and events at the PAM’s Doris and John Norton Gallery for the Center for Creative Photography. Traveling exhibits, both domestic and in collaboration with foreign institutions, further the opportunity to present in other markets.

Breckenridge Barrett stresses the importance of the public’s accessibility to the CCP. “We have the most important visual repository in North America here in our own backyard, and our doors are wide open,” she says. “Although we are on a university campus, we function much the same way that a museum does, and we’re free. You can walk in and enjoy all different kinds of experiences. Our job is to bring the power of the photographic medium to as many people as possible.”

“The negative is comparable to the composer’s score and the print to its performance,” said landscape photographer Ansel Adams. “Each performance differs in subtle ways.” 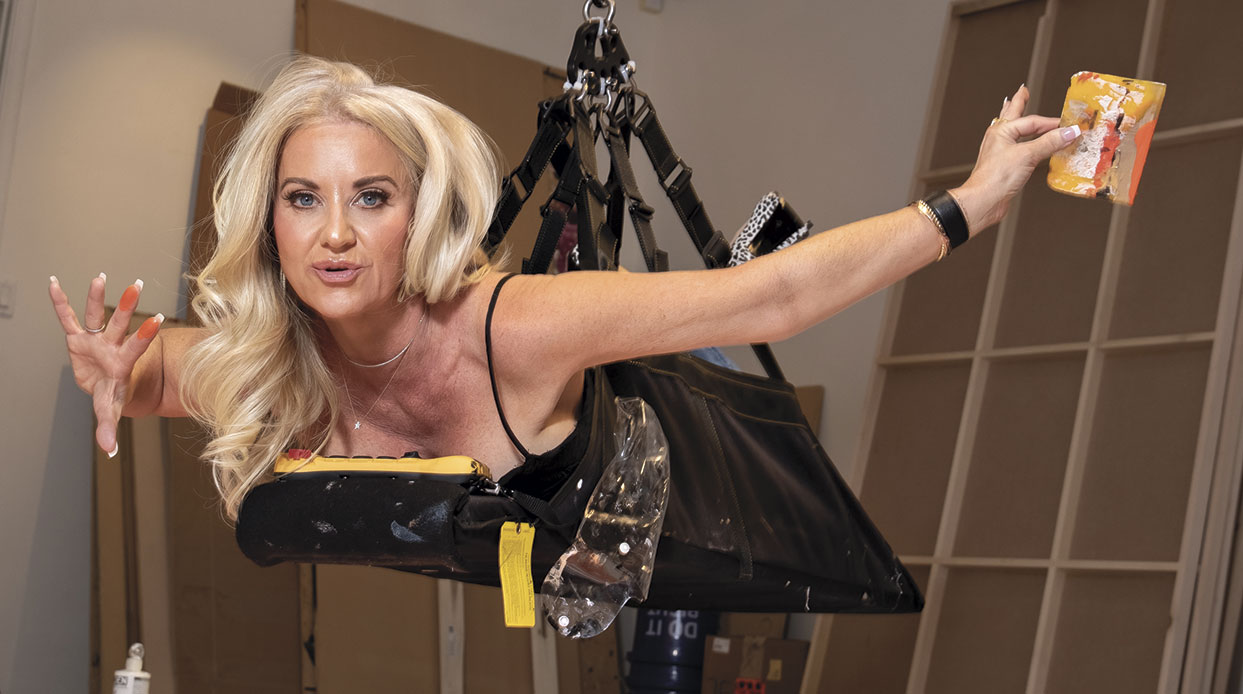 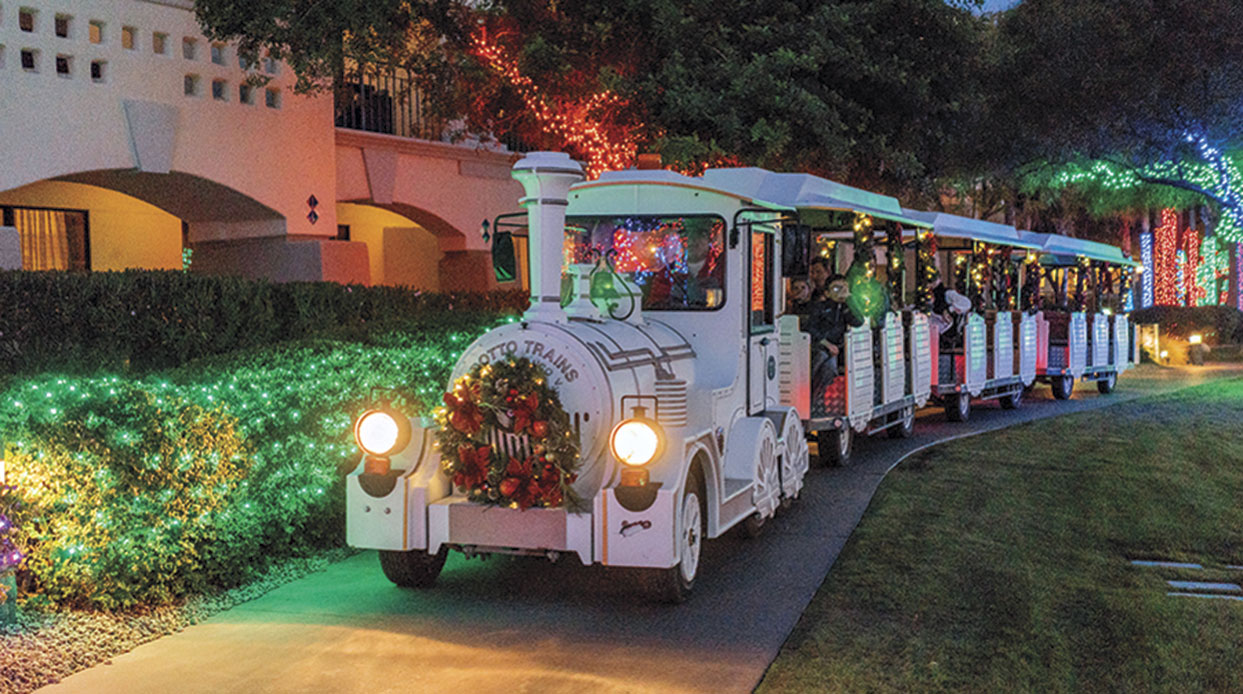