Artist Joe Willie Smith has made a name for himself upcycling refuse into remarkable musical sculpture.

“Close your eyes,” Joe Willie Smith directs. It’s a cool weekday morning, and the artist/musician is demonstrating an instrument he built out of parts from a child’s toy xylophone, a large wrench, a stool and scraps of metal. “I like to ask people to concentrate on the music and imagine their own story,” he explains. Using just his fingers, Smith begins tapping, stroking and flicking the creation’s flat surfaces and spikey appendages. The resulting vibrations resonate through his home studio, changing tonality with each touch and blending together to form a hauntingly ethereal strain that penetrates the listener’s emotions. “By not seeing, you develop your own images,” he adds.

Smith has been creating art—both visual and auditory–since he was a young child. Born to sharecroppers in Arkansas, he moved as a kid with his family to Wisconsin following the automation of the cotton industry. His mom got a job as a cleaning lady at the local university, and to help make ends meet, she would sell her son’s handmade artworks—toilet paper carnations and paintings on chipped dishes that she’d bring home from work—to the folks on campus. “She kept some of the money because we were poor and she needed to buy food, but she would always give me part of it to do with as I pleased,” Smith remembers. “I usually bought art supplies.”

Simply by tapping on the brass disc, Phoenix-based artist/musician Joe Willie Smith can generate a variety of innovative sounds.

These days, Smith’s mediums of choice are found objects and recycled materials. An urban picker, he scours estate sales, junkyards and even dumpsters for materials ranging from old metal patio chairs that he crushes and incorporates into his sound sculptures, foam core and plywood that’s discarded from print shops, and broken landscape pavers. Used charcoal briquette bags are transformed into homespun canvases on which he paints, cardboard wrappers from Starbucks’ cookies are the ideal strength and texture for designing maquettes for upcoming public projects, and motorcycle parts and gardening tools are fashioned into eye-catching sculptural designs.

“Joe Willie has no fear when he sees form and beauty in objects,” says Wendy Raisanen, curator of exhibitions and collections for Scottsdale Public Art. “Whatever the item may be, there’s no question that he can declare it as art.”

ABOVE Smith built this birdlike sonic sculpture for a show at Mesa Contemporary Arts Museum. It features a motorcycle gas tank for a body, a pitchfork for tail feathers and the headstock from a bass guitar for a head. RIGHT Smith’s instruments are constructed of found objects. The center device features parts from a child’s toy xylophone, a large wrench and a metal stool. It is a copy of a creation that he sold to composer Danny Elfman. “I usually never build two instruments that are so similar,” Smith says, “but I loved it so much.”

A former award-winning graphic designer for the Arizona Republic, Smith dove full-time into a fine art career more than 15 years ago following a serendipitous stop at an estate sale during his lunch break. It turns out that the owners were taking bids on the small home wedged between the Loop 202 and Phoenix Sky Harbor Airport. On a whim, he submitted a lowball offer which, to his surprise, was accepted.

“I didn’t want the house,” he recalls. “It was really ugly.” Gold-veined mirrors lined the walls; the living room floor had sunk by about 6 to 8 inches; and the pink-and-turquoise bathroom featured a drop ceiling made out of acoustical tile. “I tried to like it, but I would get sick to my stomach just looking at it,” he adds. “But then I realized that if I bought it, I could quit my job because the mortgage payments would be so small. So I did, and I never looked back. It’s been one of the better things I’ve done, because it allowed me to build my studio and pursue my art on a consistent level.”

Since then, Smith has transformed the property, filling the once-barren yard with found objects, artworks and random clusters of desert-friendly plants, most of which he found in the alley behind his home. A crushed oil barrel painted in the colors of the American flag rests against an exterior wall. Created for the 2017 “Chaos Theory” exhibit, a highly anticipated one-night event held at Legend City Studios in downtown Phoenix, it’s a statement about how our country is being crushed beneath the weight of Big Oil. An assemblage of midcentury furnishings and glasswork, groupings of vintage children’s toys and African sculptures, and shelving units piled high with books on art, world cultures and history fill the living spaces. “He takes items that would otherwise be tossed away and refurbishes them and gives them new life,” says Tiffany Fairall, chief curator at Mesa Contemporary Arts Museum. “It couldn’t be more timely and relevant now that we’re talking about the environment, social issues and our wastefulness.”

Comprising two large PVC horns from a nuclear emergency warning system, this avant-garde creation produces drumlike tones when struck with a mallet. “The strings also produce a really wonderful sound that ranges from a violin to a spooky dissonance,” says Smith. The piece was displayed at Mesa Contemporary Arts Museum in late 2018, along with additional works by the artist, including paintings.

At the rear of the house, Smith added on a large studio. He constructed the bright, airy structure, complete with a large skylight and an entire wall of windows, out of mainly found and recycled objects, including steel light posts that he salvaged from a downtown hotel. Tables and seating overflow with more books and African art, sketches and an array of random objects that he’s picked up during his forages. “He appreciates design and has this amazing collection of stuff,” says Raisanen. “It’s almost like he has his own museum.”

The backyard is a jumble of scrap metal, lumber and shabby furnishings in random states of disrepair. “I do my welding and fabricating out here and it’s where I hold my collection of things. It’s my own personal junkyard,” he says.

Back in his studio, Smith continues to play his upcycled apparatus, his hands moving deftly over the metal and eliciting a reverberation that’s equal parts Foley effect, wind chime and the continuous glissando of a theremin. “Everything has a resonance,” he says. “You me, ants, dirt, air. There’s sound in everything. All I’m doing is tapping into that frequency that already exists.”

To pull the rich, orchestral notes from his pieces, Smith attaches piezoelectric transducers to their undersides. The tiny discs, about the size of a quarter, are extremely sensitive to vibrations, allowing the artist to extract sounds with the lightest brush of his hand.

Although he is not represented by any gallery in town, his work has been displayed at such prestigious venues as Phoenix Art Museum, the Musical Instrument Museum and Mesa Arts Center. A few years ago, he was commissioned to create a 32-foot-tall steel-and-concrete public sculpture on a Super Fund site in South Phoenix. He even sold one of his instruments—the first iteration of the piece he is currently playing—to famed composer and musician Danny Elfman, who used the piece in his score for the 2010 movie “Alice in Wonderland.”

Smith also can regularly be found presenting his music during downtown Phoenix’s First Fridays, and he’s a member of Datura Ensemble, an improvisational group that uses both analog and digital instruments. “Joe Willie is a pivotal figure in the Valley’s art scene,” Fairall remarks. “He’s this cool merging of two different worlds—visual art and performance art.”

In late 2018, Mesa Contemporary Arts Museum presented an exhibit of his instruments, as well as his paintings and 3D artworks. A highlight of the show was a sound sculpture fabricated from two large horns once used by the city of Mesa for nuclear alarm drills. “We made a video of him performing each one of his pieces so that people could know what they sound like,” Fairall says. “A lot of times when you look at objects, they’re static. When you engage with them, it creates an entirely different meaning or purpose.”

Raisanen sums it up best. “His work is a reflection of who he is as a person,” she says. “There’s an authenticity to his music and his artwork that is unique to him. His art is about life, and his whole life is art.” 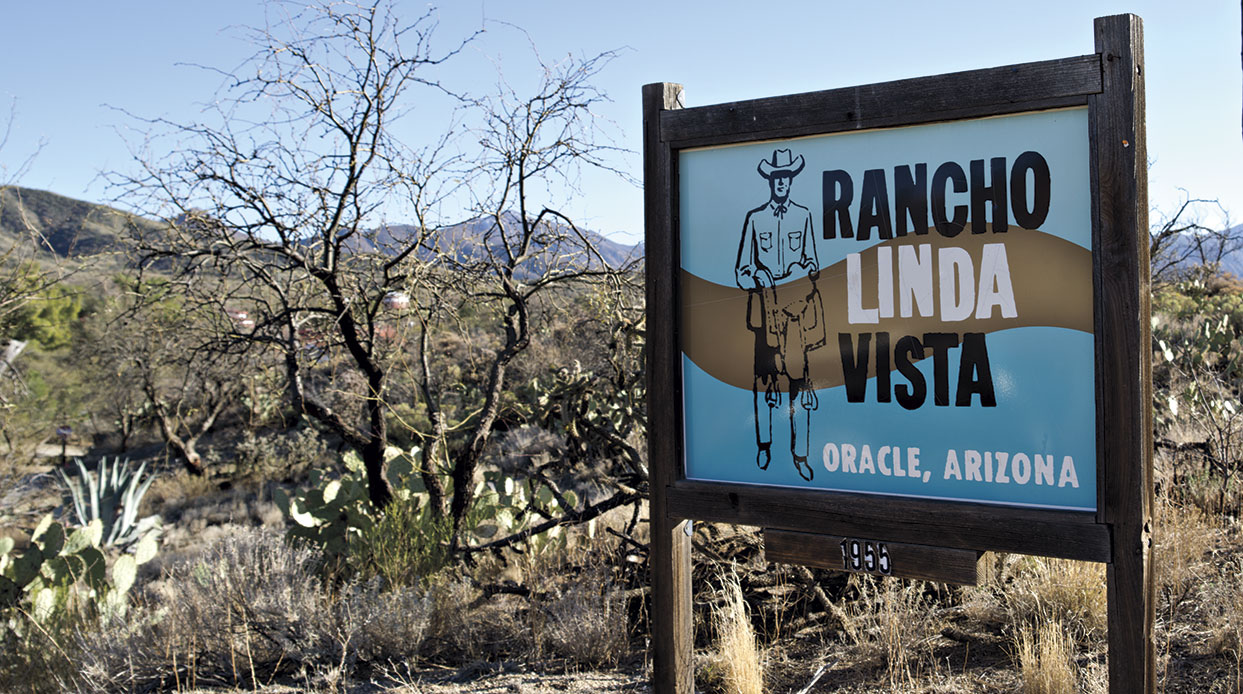 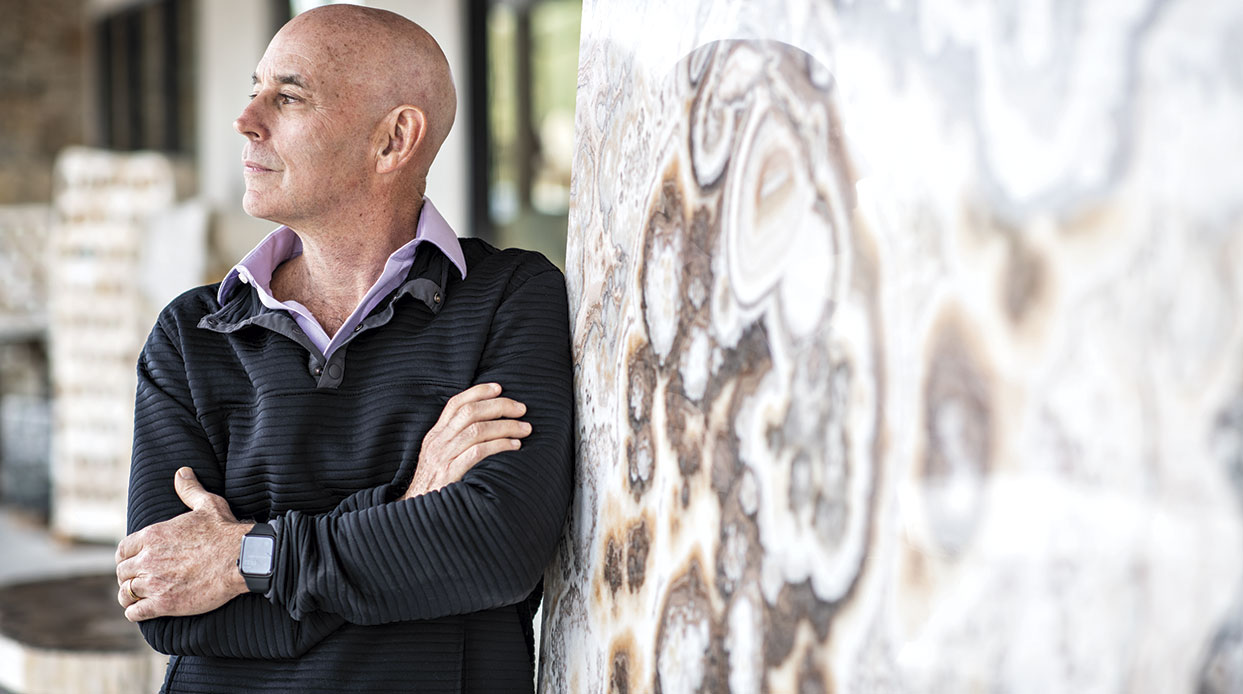 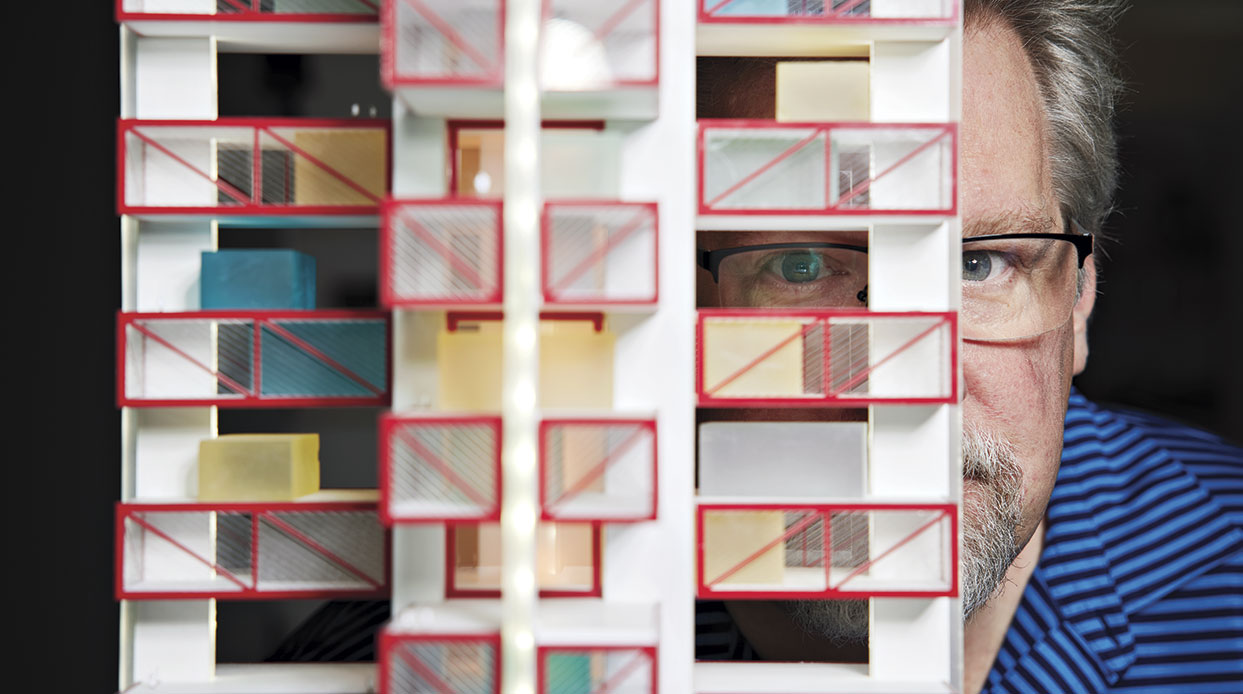 Peek Inside the Tiny World of a Top 3D Model Maker