The duo behind For the People curate community in Phoenix.

By Carly Scholl | Photography by David B. Moore

Though unassuming on the outside, with minimalistic signage declaring “For the People” on the midcentury modern storefront, this chic uptown boutique is possibly the only spot in town where keen-eyed aesthetes might find Italian-designed dinosaur-shaped desk lamps alongside locally crafted pop art prints and Bauhaus-inspired jewelry. The range of globally sourced inventory is only eclipsed by the vast variety of objets d’art by Arizona makers and artists, which is completely by design according to the shop’s owners, Shawn Silberblatt and Chad Campbell.

“We’re not retailers because we love retail,” explains Silberblatt of the resonating theme of his experience with For the People. “We do this because we’ve learned that by owning a store in an emerging scene like Phoenix—with its interesting, nuanced textures of art, design and culture—we can physically cultivate a sense of community and collaboration in this city.”

Though Silberblatt and Campbell didn’t seek out a life in retail, they did have some prior experience before taking over For the People. “Shortly after Shawn and I met about 13 years ago, we started collecting midcentury modern furniture, and it kind of turned it into a small weekend side business,” recalls Campbell of their first foray selling home goods. “Then we opened a booth at a vintage shop in the Melrose district of Phoenix. We both had full-time jobs doing other things, so it was honestly a very organic intro to retail—we didn’t have some master plan; it was just a hobby gone mad.”

A few years later, the guys were having a casual conversation with a friend, Lou Gallo, about the store he had opened at The Union at Biltmore Fashion Park called For the People. “Long story short, Lou ended up selling us the shop in 2015,” Campbell says. “We ran it there for about a year, and then, when we lost our lease, serendipity led us to the location we’re in now.”

The building, which sits on the northwest corner of Camelback Road and Central Avenue, is owned by architect and Phoenix Home & Garden Masters of the Southwest award-winning architect Wendell Burnette, whose own studio shares the space. “It’s been a great collaboration from the beginning,” Burnette explains. “This building has become a community hub for design, and Chad and Shawn have really pioneered that. It’s just great synergy.”

In addition to introducing Valley residents to designers and artists from Arizona and beyond, Silberblatt and Campbell’s mission with For the People has always been community development.

“From the very beginning, that’s been part of the whole experience—like building a family,” Silberblatt notes. “I think it really goes back to the roots of the store at The Union, which was a retail collective space where all kinds of businesses could mingle and collaborate. That was the one thing we knew we’d miss when we moved—the camaraderie of all the different retailers. When we came to our current location, we thought, ‘Let’s put our intention to be community-oriented and relational out there into the world and see what happens.’”

One of the first collaborators came in the form of local jewelry designer Heidi Abrahamson, also a Masters of the Southwest award winner. “I was so excited when I learned that Chad and Shawn had purchased For the People,” she says. “They have been friends of mine for years, and I approached them right away about carrying my jewelry. Without hesitation, a partnership of sorts began.” Not only does the shop sell Abrahamson’s work, but she had her own studio in the back of the store and frequently goes on buying trips with the duo. “Working in a modern design boutique has been so inspiring,” she asserts. “Plus, working with Chad and Shawn has been the most wonderful creative experience I’ve had in my 40 years of retail.”

While For the People has become a renowned heavyweight of modern design in the Phoenix area over the last several years, Campbell and Silberblatt have other dreams they’re chasing. “At the moment, we’re working on a new multi-use concept on Roosevelt Row,” Silberblatt reveals. “The space is going to be a forward-thinking modern market that’ll have a nice selection of everyday ritual items, such as cookware and home goods; a bodega selling the best food and drink products from local vendors; and a specialty coffee program inspired by Japanese cafes. We’re also partnering with Taschen Books for an amazing library full of design tomes.”

Located in the historic glass-and-steel building that formerly housed the Coronet Hotel in the 1960s, the new retail concept will be designed by Burnette. “We’re honored to be a part of this project. There is a very exciting potential to create a dynamic interactive space. We’re thinking of working with a kind of neutral white background with Japanese paper-inspired ceiling and a milk-white floor,” the architect says. “I’m thrilled to be a part of building authentic, locally based community that feels like it’s here and nowhere else.” Locavores, coffee lovers and design junkies can look forward to Silberblatt and Campbell’s new concept opening toward the end of summer.

In the meantime, For the People continues to provide a haven for the Valley’s best and brightest. “We don’t search out a target market—we curate our store for anyone and everyone interested in discovering something new,” Silberblatt says. “The fun part is getting to be part of the growth and development in Phoenix. It’s a dream come true to be able to create a space where people can come celebrate our city.”

1. A study in abstract organic shapes, this horned vase was crafted by local brand PJ Ceramics. 2. Graphic throw pillows by Seletti intermingle with stationery odds and ends from Italy, Germany and Japan. 3. Technicolor prints from Aaron Stouffer’s latest “Phoenix” series for Post & Beam brings vibrancy to the front entrance of the boutique. 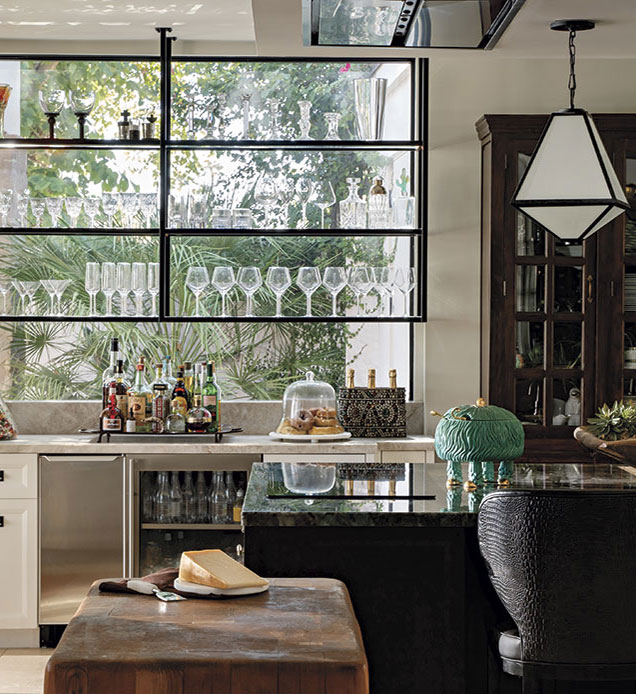 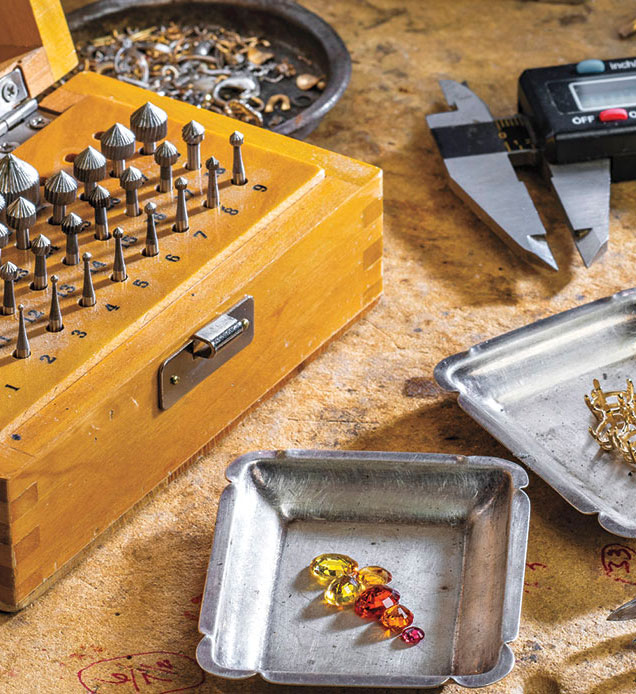 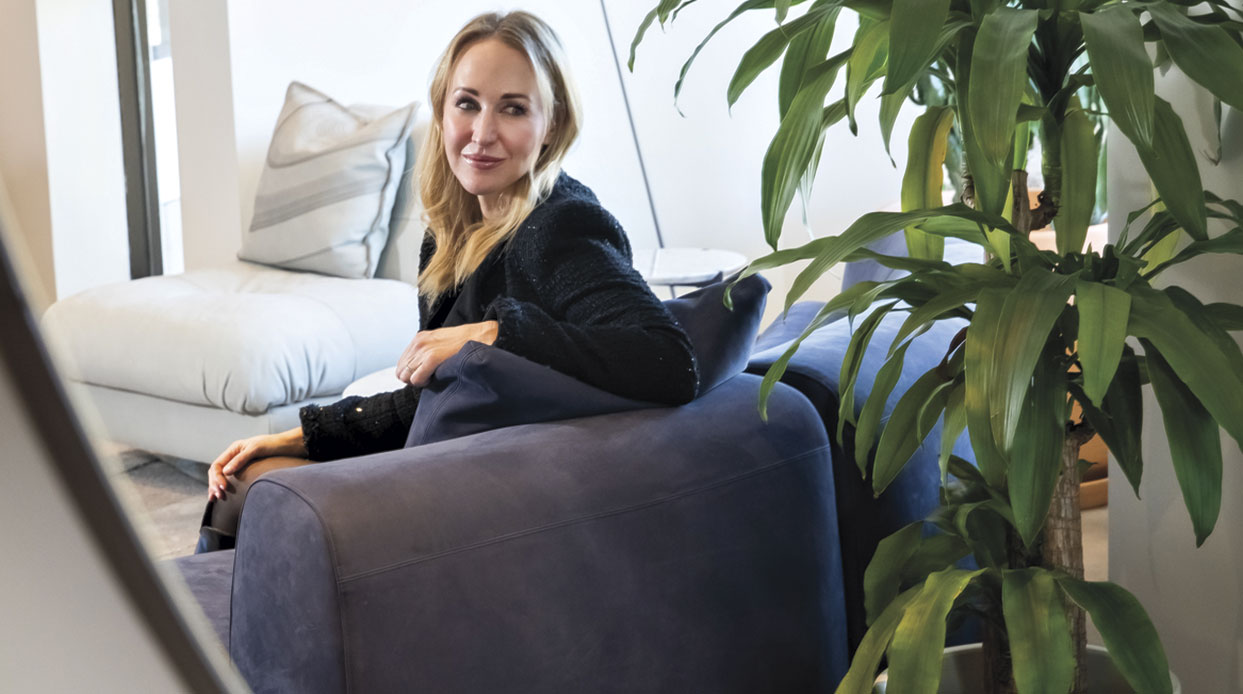