Escape Reality Through These Surrealist Artworks

Fantastical narratives of line, color and texture offer a peek inside the mind of artist Turner Davis.

Pablo Picasso once said that every child is born an artist. For Turner Davis, creativity is in his DNA. His father, James G. Davis, a former professor at the University of Arizona, was a renowned painter whose works can be seen in such prestigious institutions as the Metropolitan Museum of Art in New York City and the National Gallery of Art and the Hirshhorn Museum in Washington, D.C. His mother, Mary Anne, was a secondary school art teacher.

The arts also played an important role in his formative years. Born and raised in Oracle’s Rancho Linda Vista community, a former working ranch-turned-artist commune in the foothills of the Catalina Mountains, Davis, an only child, grew up surrounded by artisans, designers, writers, musicians and thinkers.

“Genetically and environmentally, all of those things came together,” Davis says. “Rancho Linda Vista is an amazing

place. There were some very famous people who came through the community. Andy Warhol filmed a part of ‘Lonesome Cowboys’ there. Just being around such creative individuals was really inspiring. By the time I got to high school, I knew I was going to be an artist.”

After receiving his undergraduate degree at UA, where Davis took classes taught by his father, he moved to Baltimore and attended the Maryland Institute College of Art. “It’s a great school,” Davis notes, adding, “I got my butt kicked for two years straight. It was very humbling, but in a good way.” There he studied under Grace Hartigan, a leading Abstract Expressionist painter and a forebear of Pop Art.

While the East Coast was a nice change of scenery for the Arizona native, the call of the open frontier lured him home. For 14 years, he managed a high-end gallery in Scottsdale while working on his own art.

Davis creates with a variety of mediums. Monochromatic works in charcoal offer somber takes on dreamlike visions. Oil paintings are rendered in vivid hues. “I love Turner’s sense of color,” says art curator John Reyes. “There’s a real connection to Mexican surrealism than I find in his larger pieces. You can tell that he was heavily influenced by artists such as Leonora Carrington and the writings of Mexican magical realism authors.”

Crumpled paper, torn edges and the copious use of hash marks to create depth underscore the dreamlike imagery found in Davis’s  multimedia illustrations. Left to right: “The Fencer,” 11″H by 17″W and “The Submarine,” 11″H by 16″W.

Recently, Davis’s focus has been on illustration. Graphite, sumi ink, permanent markers, charcoal, gel pens—even coffee and wine—combine to create dynamic and fantastical narrative images that explore where reality intersects with dreams and nightmares. “I’m not afraid to adopt a different technique if I need to in order to get my point across,” he notes.

“I’m fascinated with mark-making,” he says, referring to the pen strokes that form tone and shadows. “I love hatching.” Thousands of tiny hatch marks permeate these smaller images—the physical manifestation of the artist’s nervous energy. “There’s something about the frantic build-up of the lines that appeals to me,” Davis explains. Intricate scenes acknowledge the capricious nature of the universe. Like poetry brought to life, they speak of love, desire, isolation and anxiety.

LEFT “Portrait of a Woman,” 8″H by 11″W RIGHT  “The Flower,” part of Davis’s “Anatomies” series, alludes to our attempts to see clearly. “Surrounded by beauty, she can only see it through an intellectual filter,” he says. Mixed media on paper, 11″H by 8″W.

Many are autobiographical. A father on fire hands his son water. “It’s about the lineage of our psychology. We carry the things that happen to us and that can affect our kids, for good or bad. I hope to hand my son something that he can use.” A window to the inside of the Creature from the Black Lagoon exposes a man inside the monster. Cutaways reveal the internal organs and processes of the subjects. “Some of these have to do with the idea that you can see the core of the person,” Davis says. “You get a general idea of their anatomy and underneath that is their story.”

Inexpensive manila paper serves as the canvas for most of Davis’s work. “I like the way it ages and the way it takes my abuse,” he says. “In the end, it’s like vellum.” The sheets are crumpled; the edges torn. By manipulating the paper, the artist is welcoming chance into his work. “I’m acknowledging that there’s going to be imperfections, tears and weird wrinkles,” he says. “I don’t try to hide them, but instead I emphasize their presence by going over them with pen. Not only is it beautiful, but it’s also a record of that moment when it all got screwed up and then I had to rescue it.”

“The reason I got my master’s degree was because I wanted to teach,” Davis says. As an adjunct professor at Arizona State University, he teaches storyboarding, illustration and drawing. Graduating senior Maura Dixon has taken five courses with Davis. “I really like his teaching style,” she says. “He’s very open to all kinds of ideas.”

Whether it’s the profusion of intricate markings, surrealist imagery or the worn, tattered material on which his drawings are created, the end missive is not always obvious.

“Things in Turner’s world aren’t cut-and-dry on the surface, and that’s the enigma of his work,” Reyes explains. “He likes for the message to not be so obvious. You really have to put some time into deciphering it.”

For Davis, his magical worlds are open to interpretation. “They’re accessible enough so that people can inject themselves into the work,” he says. “I hope that viewers are able to relate to them personally. I’m not preaching to anyone how to think. I make my art for certain therapeutic reasons, but once it goes out into the world, if it becomes something that’s somebody else’s, I’m fine with that.” 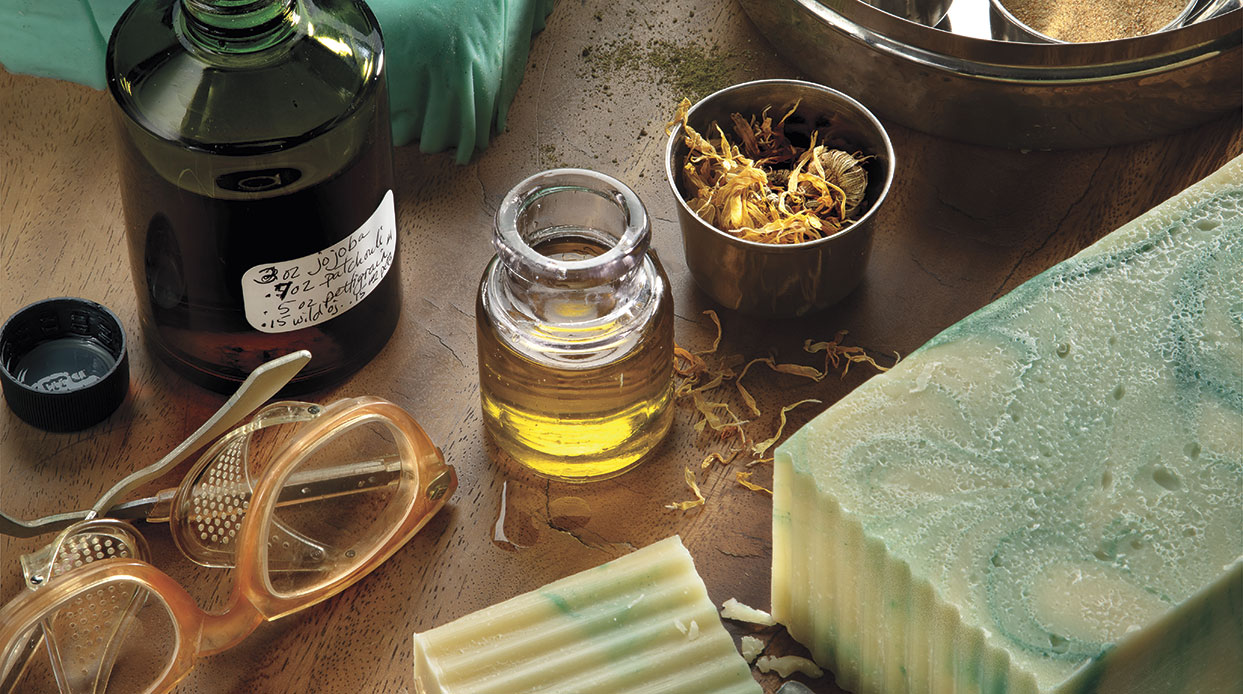 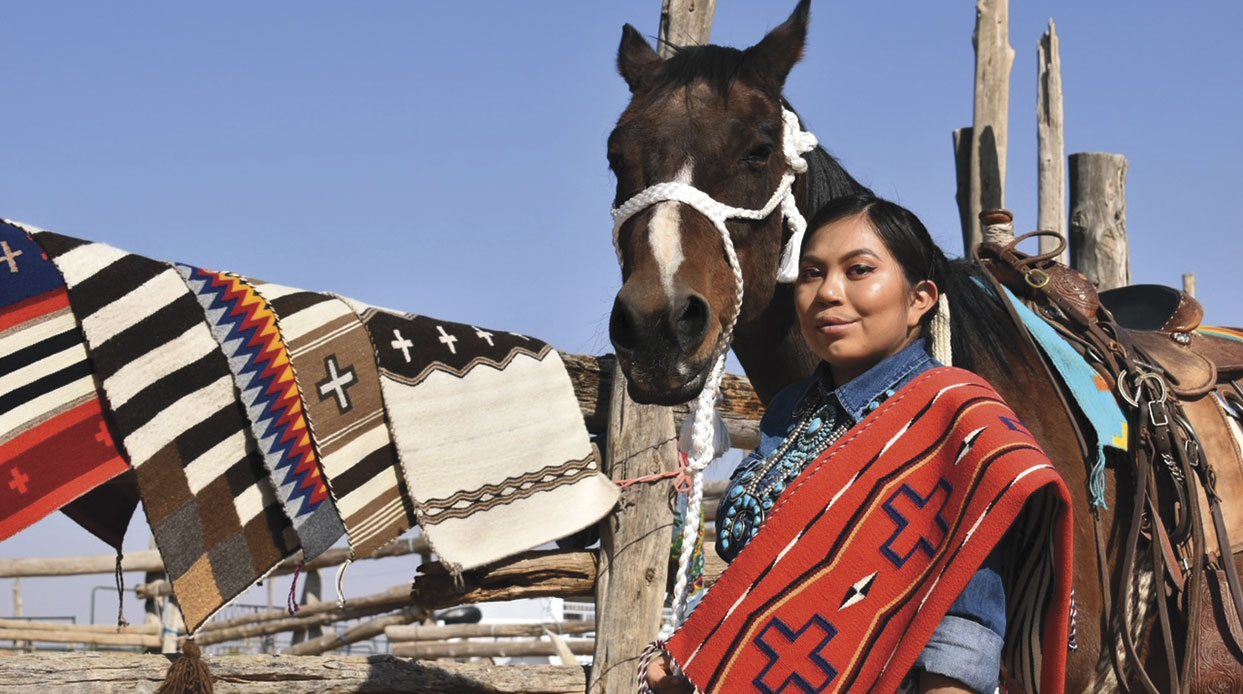