SubscribeGet The Magazine
back to top
Homepage / Interior Design  / Embracing the New, Honoring the Past

Embracing the New, Honoring the Past

A Central Phoenix Haver Home is given a contemporary update that Celebrates its architectural legacy.

Sometimes you end up exactly where you are meant to be.

Drawn to the idea of a progressive community with celebrated curb appeal, Arizona State University Law Professor Kaipo Matsumura and his partner originally envisioned themselves settling in one of the historic districts in the Valley’s central core. Most of the houses they looked at needed significant work, so a friend suggested they start exploring the city’s midcentury neighborhoods instead. The couple ended up finding a classic tract home in Uptown Phoenix’s individualistic Marlen Grove, a subdivision designed by Ralph Haver in 1952.

The ranch-style abode functioned well enough its new owners for a few years, but when structural repairs became necessary, Kaipo reached out to Phoenix Home & Garden Masters of the Southwest award-winning architect Wendell Burnette to take the residence from basic to breathtaking.

Haver’s humble, mass-produced tent-in-a-desert houses have stirred the imaginations of design professionals for decades. Kaipo’s home is strikingly similar to renderings found in vintage advertisements and retains a few key features. Clerestory windows let indirect light wash across the ceiling between exposed beams, and the low-sloped roof peak lightly perches on a spine supported by masonry and wood posts that mark the home’s center. There was promise, but there were also problems.

Decades of once-fashionable upgrades weighed the house down. Burnette was immediately intrigued by the space. “Haver’s plan is genius. It’s just what’s needed; the opposite of excess. My first instinct was to make the home even smaller,” he explains, describing the urge to take the modest ranch back to its original footprint.

Partnering with builders Scott Roeder and Joby Dutton, Burnette broke the remodel process up into phases to help spread the cost out over time. The trio decided to tackle the public spaces first by unifying most of the “remuddle”—or muddled remodel— into one common area and then addressing the curb appeal.

1. Near the main entrance, staghorn cholla, lady’s-slippers and silver torch cacti catch backlighting in the morning and glow with uplighting by night. 2. A deep roof overhang above the glass gable provides much needed shade on the east-facing elevation. A metal gate to the left of the main entry directs guests to the side yard instead of through the front door when entertaining. The low front garden wall is a common feature found in Marlen Grove homes. It is designed to connect the residents with the community rather than fully blocking them off. 3-4. Existing concrete in the driveway was saw-cut and filled in with textured pavers to create a hardscape transitional zone. Landscape architect Michele Shelor laid river rock flat side up for an interesting look.

The side patio had been enclosed and divided up, significantly reducing the light that once freely poured in. Dense palms out front obscured any view to the street. Borrowing a move out of Haver’s own playbook, Burnette added a generous glass gable above a new east-facing exterior wall to emphasize the low-slung roof form. From inside, the window frames views of the sky and treetops beyond.

“Wendell feels that good architecture should be available to everybody. He really believes that humans universally respond to things that are beautiful, and it can affect how one responds to life,” says Kaipo. “Every morning when I wake up, I walk through the hallway. I see the front window strip capture the light and the trees beyond. It fills me with happiness.”

1. The original back patio had been walled in by previous owners. Architect Wendell Burnette reopened the space to the exteriors by framing it in a wall of glass, creating a continuous visual flow between indoors and out. A ceramic planter with a pencil cactus positioned inside the glass and similar planters placed in the yard extend the illusion. 2. A generously-sized custom pivot door was fabricated for the new entryway, which connects to the glass gable above. Burnette used the principle of informal symmetry to restore order back to the main living space, the right half of which was once a covered outdoor patio. 3. Opening the kitchen up to the dining area allows Kaipo to interact with his guests while preparing food. The minimalist cooktop is served by a hidden vent that runs through the cabinets above it. 4. Once separated by walls, the kitchen, dining and living room, and former patio are now unified into one bright, open space.

Haver Homes are typically small, and previous owners had enclosed what was once an outdoor patio, subdividing the interior space and blocking light and flow. Burnette originally wanted to revert the space back to a patio, but after extensive research and multiple visits to other Marlen Grove properties, he decided to remove the added partitions and expand the main living volume outward with a large sliding window-wall that dissolves the sensation of what’s indoors or out. A glass corner with clerestory windows above and deep roof overhangs draw the eye outside to the landscape.

This glass eddy is where guests tend to gather and enjoy a view of the landscape kept lush by decades of flood irrigation. A gnarled old orange tree on the yard’s perimeter serves as a reminder of the neighborhood’s heritage.

Because Haver’s concept for Marlen Grove was to foster a sense of community, the front yard was designed as a semipublic space. A walkway of decomposed granite directs guests to either the front door or the side yard behind the patio wall, and a transition zone inside the glass pivot entry door is defined by a stub wall.

Both the homeowners and the design team wanted to do something different in the front yard, so they called upon landscape architect Michele Shelor, also a Masters of the
Southwest award winner, who lined the perimeter with alternating plantings of silver torch cacti, tall lady’s-slippers and staghorn cholla. The grassy basin acknowledges the original irrigated lot, and a blue palo verde that can handle an excessive amount of water serves as a fringy focal point.

Aside from a smart thermostat and LED lighting, the home is relatively low-tech. “I don’t aspire to control my whole house with my phone,” Kaipo confides. “It’s delightfully analog. That’s our ethos.” The addition of so much glass didn’t drive up the heating and cooling bills, thanks to smart siting, window placement and roof overhangs that passively mitigate sun. A wall extension on the north elevation ensures that the summer rays don’t reach the glass to heat up the interiors.

1. Skylights bring added daylight into the main living spaces, lessening the need for overhead illumination. 2. Task lighting tucks into the custom steel bucket bay windows above the sink. 3. Back-painted glass in the master bath offers a sleek and easy-to-clean surface. 4. A skylight strategically placed above the tub in the guest bathroom omits the need for artificial illumination during the day.

One essential upgrade for those who frequently work from home is access to electrical outlets since vintage homes didn’t anticipate modern society’s dependence on technology. When laying the concrete floor in the living room, Burnette ran conduit for several new in-floor outlets. The new slab matches the vintage hue, which was polished and sealed to bring out the cola-tinged finish.

Like many Haver Homes, there wasn’t any extra space in the roof to hide electrical conduit for recessed lights or other overhead amenities, so the rooms are illuminated by skylights and unobtrusive LED cable lights that run along the channels between exposed ceiling beams.

“Haver’s plan is genius. It’s just what’s needed; the opposite of excess.”

Phase Two addressed the private zones of the home. Working around the utility core, Burnette reconfigured the master bath, laundry and guest bath to carve out a little luxury, including an enclosed laundry room.

Reconnection with the outdoors really takes flight in the master bedroom and bath. Kaipo describes mornings like waking up in a garden. Perimeter plantings can be seen through sliding glass doors near the bed. Views of the side yard are framed by bucket windows and reflect in the mirror above the bath’s vanity, doubling the verdant backdrop’s impact. Back-painted glass separates the shower from the vanity, and a clever swinging door designed by Burnette can pivot to seclude either just the commode or the entire bathroom.

Reinterpreting a past master’s work isn’t easy when there are so few square feet to shape from the start, but small projects offer the opportunity to elevate every ounce of design. “I feel proud that we took this project on,” says Burnette. “We recovered the ideal unit for Marlen Grove, and the real promise of original design. We wanted to make it right again.”

Once the site of a citrus grove, the stylish Marlen Grove neighborhood was subdivided for single-story contemporary ranch homes in 1951. Builder Perry-Brignall Construction Co. had experienced some success with more expensive custom homes in Phoenix’s Central Corridor and wanted to give mass production at an accessible price point a try. It hired one of the Valley’s up-and-coming architects, Ralph Haver, to bring modern flair to the general public.

Haver had already found success with his other tract home projects peppered across the city, and he used Marlen Grove as a place to experiment with more progressive design motifs.

The neighborhood comprises four home layouts that are flipped and rotated to create a varied yet unified rhythm across the facades. Each features the same visual vocabulary: low-pitched rooflines, sandwashed block construction and open carports. Some have clerestory windows tucked between beams under deep eaves. Marlen Grove is unique; unlike some of Haver’s other projects, these models were never produced again.

In the early ’50s, Haver began experimenting with covered carport space that could extend a family’s connection to street life. A vintage rendering of Marlen Grove shows patio furniture set out where a car would typically be parked, hinting at the “patio-port” concept that would later define Haver’s designs for the popular Town and Country subdivisions, which are found throughout the Valley.

Today, the locality remains a magnet for design-minded homeowners who delight in tinkering with space, making Marlen Grove a showpiece of desert modernism over the decades. Its prime location just off of Bethany Home Road and North 10th Place, mature vegetation and friendly community that values curb appeal have established Marlen Grove as one of the most desirable “Haverhoods” in Phoenix. While homes originally started at $11,400 in 1951, they now regularly fetch more than a half-million dollars—and if well improved, often significantly more.

Learn more about Ralph Haver’s legacy and his charming Haverhoods at ralphhaver.com. 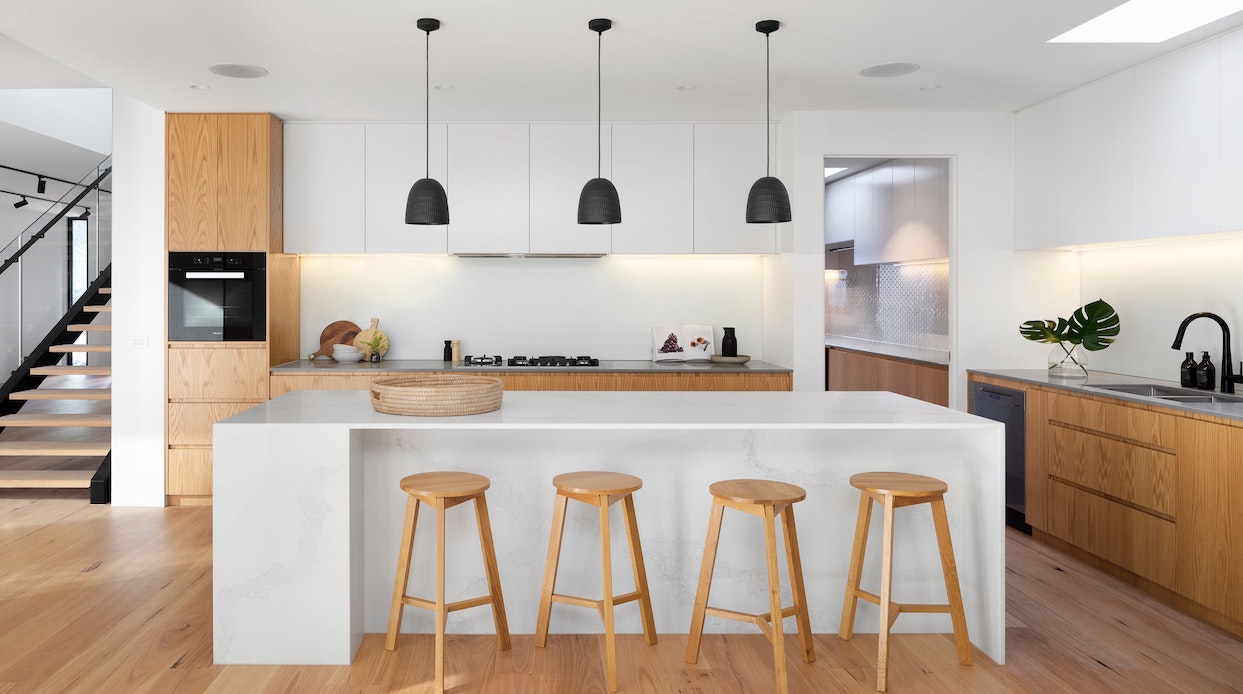 What to Consider Before Renovating Your Home 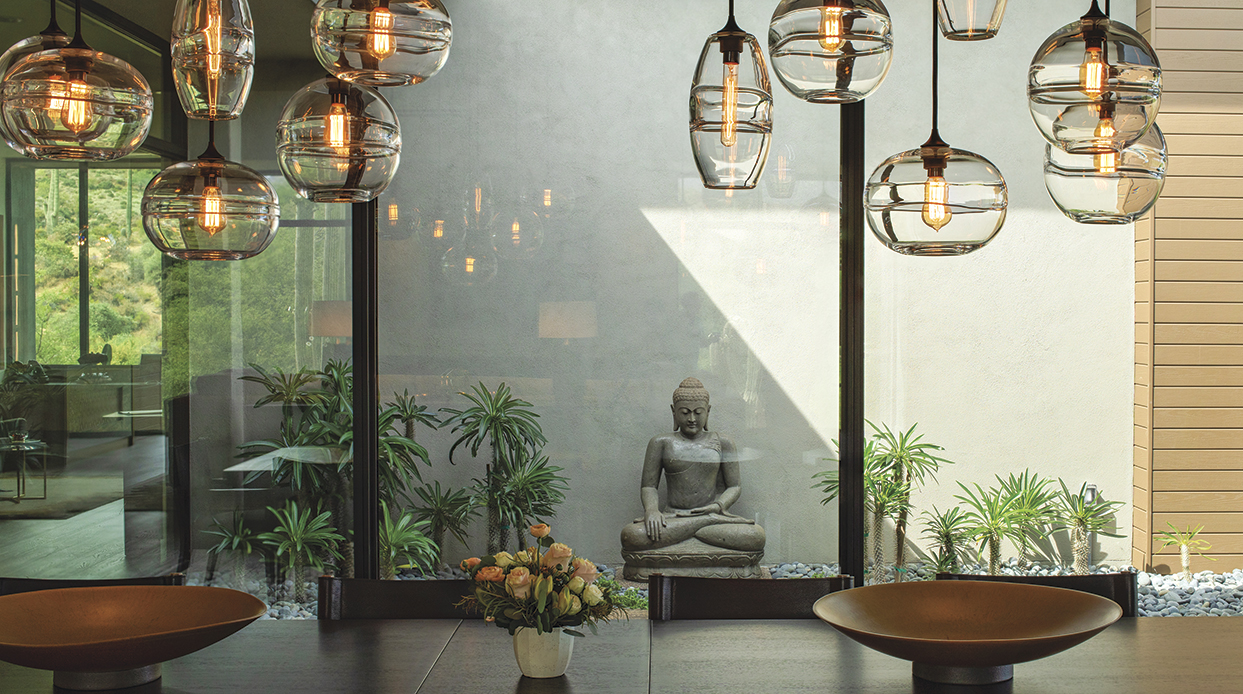 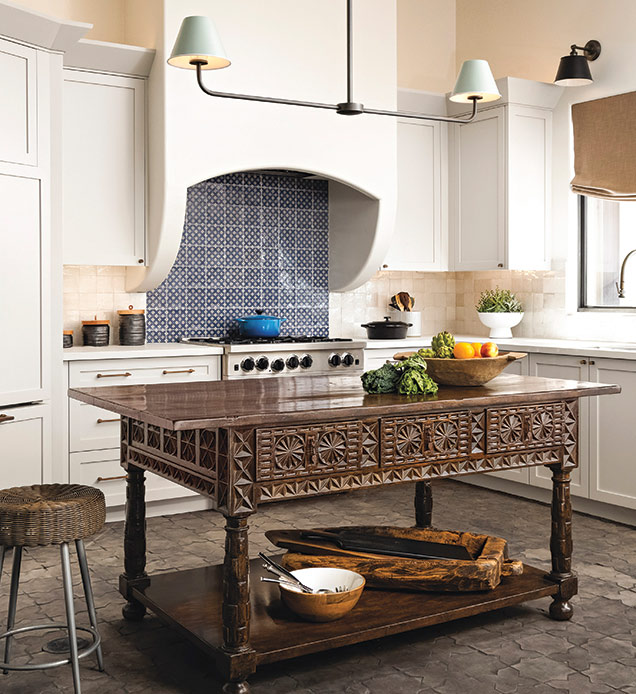