Painter Papay Solomon relaxes in his studio next to his work “In the Likeness of the Foremothers, Portrait of Vanessa Iriza”; oil and graphite on canvas with plexiglass; 36″H by 36″W.

While studying art at Arizona State University, Papay Solomon was tasked with taking a painting by an old master and putting a contemporary spin on it. After weeks of research, he landed on “Man in a Red Turban,” a self-portrait by Early Netherlandish artist Jan van Eyck. “My interest was heightened because the subject was wearing a turban, which is a very African thing,” recalls the 26-year-old, whose classwork up until that point had focused on European and Western art. “This was my opportunity to bring my work home.”

The finished composition, “K.O.S. (Knowledge of Self), Self-Portrait,” presents an image of Solomon intently gazing outward from a deep blue canvas. But instead of a turban—in actuality, van Eyck is wearing a chaperon with its ends tied across the top—he is sporting a yellow lappa, a traditional garment worn as a wrap or a skirt in West Africa.

“I couldn’t just paint a red turban. That would be so inappropriate. So I made sure that my fabric choice was as authentic as possible,” Solomon remembers. “The lappa was my mom’s. She’s had it for a long time, and there is just so much history that goes with it. Not only her history as a person, but our history—my history.”

Tiny slivers of canvas are cut away to reveal glimpses of mirror hidden within in the headgear, allowing viewers to see themselves in the reflection and become part of the artwork. “Many people, when they see a painting of someone who’s black, tend to think that maybe their story doesn’t align with that of the subject because they don’t look like him or her. So I cut those pieces out, and I put a reflective surface on the back. That way, you become involved whether you want to or not.”

Notes Henry Schoebel, professor of art at Arizona State University and the instructor who assigned the project, “When Papay cut into his canvas the first time, I felt as though he had a deeper understanding of what the work was about. Not only because he was willing, metaphorically, to expose the surface of the canvas, but he was also prepared to risk destroying the painting. The fact that he can see through and past the paint in the same way he might see through and past his own experience brings much more to the table.”

Part of a classroom assignment at Arizona State University, this portrait kindled the artist’s desire to devote his work to telling the stories of the African diaspora through paint. “K.O.S. (Knowledge of Self), Self-Portrait”; oil on canvas with mirror; 36″H by 36″W.

The self-portrait marked a turning point in the budding artist’s creative trajectory. “I decided it was time to tell my story through other faces, other people who are similar to me,” he says.

Solomon has been making waves in the Valley art scene for the past few years with his large-scale hyper-realistic portraits of young black men and women. But it wasn’t that long ago that the soft-spoken painter was living a life few Phoenicians can imagine. Civil war forced his mother, while pregnant with him, to flee her home country of Liberia. Solomon was born in Guéckédou, Guinea, where he lived until, at age 5, his family was relocated to a refugee camp following a civil crisis. A social worker, noting the boy’s artistic talent, took interest and helped his family start a resettlement case. In August 2008, Solomon and his mom, sister and nephew arrived in Phoenix.

ABOVE “Inside the Lappa with Grace, Portrait of Grace Mbola”; oil on canvas with mirror; 40″H by 40″W.  RIGHT Solomon works in his studio in The Armory, an adaptive reuse project near West Roosevelt Street and Grand Avenue.

“I was put into high school immediately,” he says. “I heard every word in the book, every joke about the fact that I’m African. But I never used to refer to myself as African.

“I’m actually Guinean, but I consider myself Liberian,” he continues. “To be technical, I’m a Liberian war refugee born in Guinea, which just complicates things a bit. And now I’m working on my citizenship. There’s no way I can go back to Africa and just be a Liberian or a Guinean anymore. It’s not possible.”

Solomon found solace and understanding in Phoenix’s refugee community, where he met other African immigrants who shared similar backgrounds. “Papay’s in an interesting place. He’s neither here nor there,” says Schoebel. “I think that makes him a double outsider in some ways.”

“Family Album I”; graphite, charcoal, pastel and fabric on gray-toned paper and panel; 15″H by 35″W.

It’s a trait he shares with his subjects—or, as the artist prefers to call them, his collaborators. “I’m painting people with dual or more identities—people in the middle who relate to everything and at the same time don’t relate to anything,” he says. To translate that contradiction into a visual language, Solomon juxtaposes the hyper-realism of the faces and fabrics with a sense of “non finito,” or unfinishedness. Unlike the work of renowned painter Kehinde Wiley, who fills his canvases with ornate floral designs and with whom Solomon is often likened, much to his chagrin— “I hate being compared,” he exclaims. “Why can’t I just be another black artist who paints black models?”—the latter’s subjects are set against austere solid color backgrounds. Some transitions between figure and surrounding are blurred in a classical sfumato technique; others pop with bold contrasting hues.

“Hyper-realism and non finito are the complete opposite, right?” Solomon asks. “So how do I find a middle, and what is complete? Am I incomplete because I don’t fit in anywhere, or am I more complete than someone who is just from one place? Those questions informed my stylistic choices.”

“Internal Prowess, Portrait of Alphonsine Mbuyi”; oil and graphite on canvas with mirror; 40″ by 40″W.

Oils, pastels, graphite and mirrors combine for a look that reflects the style of Renaissance masters yet is also fresh and modern. The eye-popping colors, flawlessly applied to larger-than-lifesize surfaces, ensure that Solomon’s work is not overlooked. “I intentionally use bright paints so you can see the pieces from a mile away,” he says. “There’s no excuse; you can’t tell me that you didn’t see that face.”

Although he has been out of school for less than two years, Solomon has achieved a level of recognition that many artists struggle for decades or a lifetime to realize. His work has been shown at Phoenix Art Museum and the Moniker International Art Fair in New York City. And in early 2020, he’ll be presenting his first solo exhibition, “African for the First Time,” at Step Gallery in Phoenix.

“I’m aiming to create a conversation around Africans who come to the U.S. ,” he says.  “I want to celebrate these new identities and make it obvious that people like us who don’t really fit anywhere exist in the world. I think it’s my responsibility as an artist and as a human being to ensure that these stories are told.” 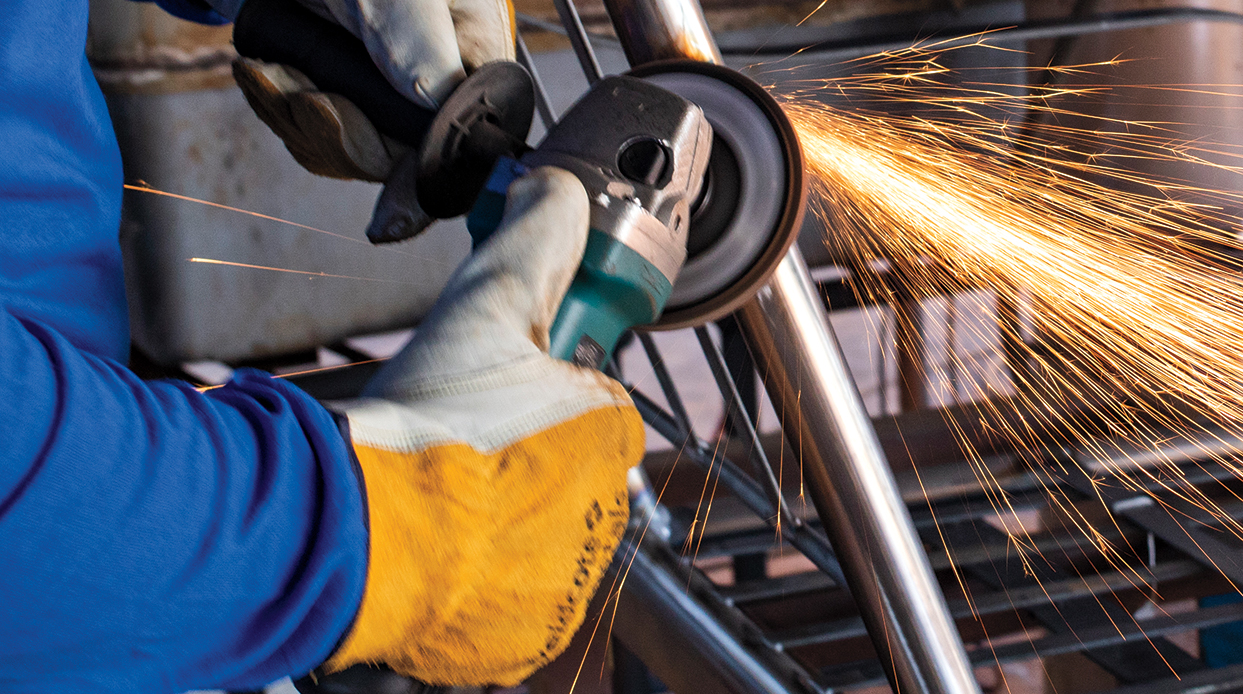 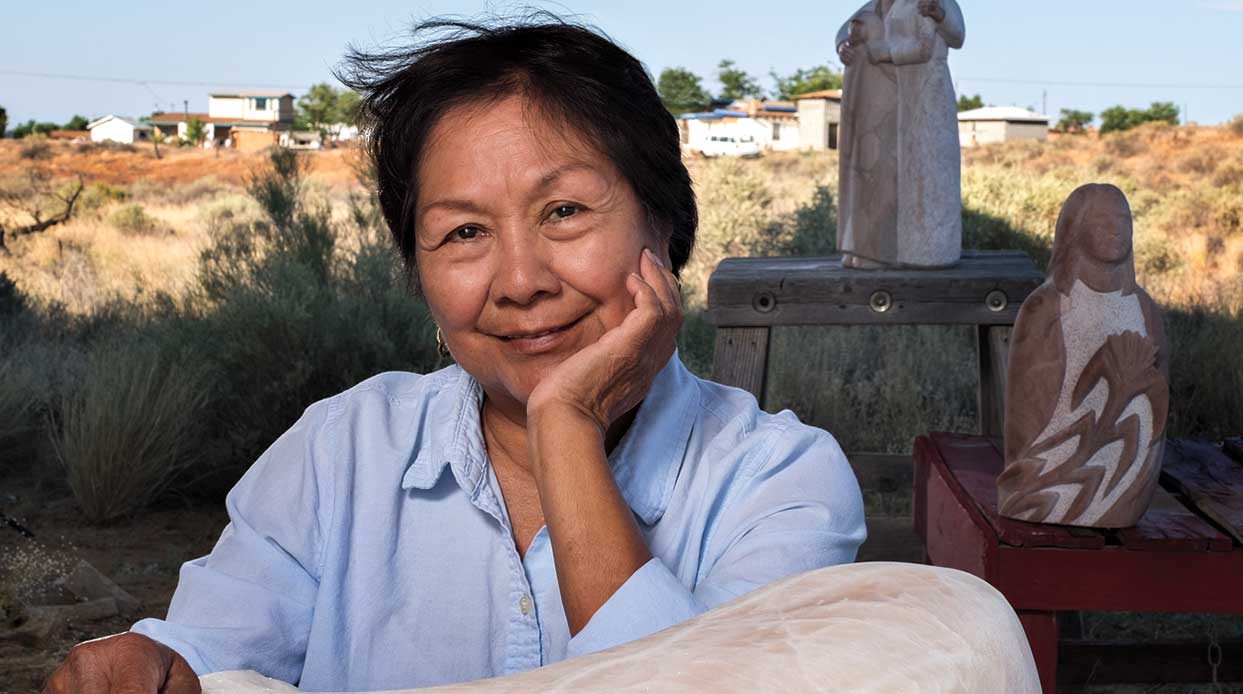 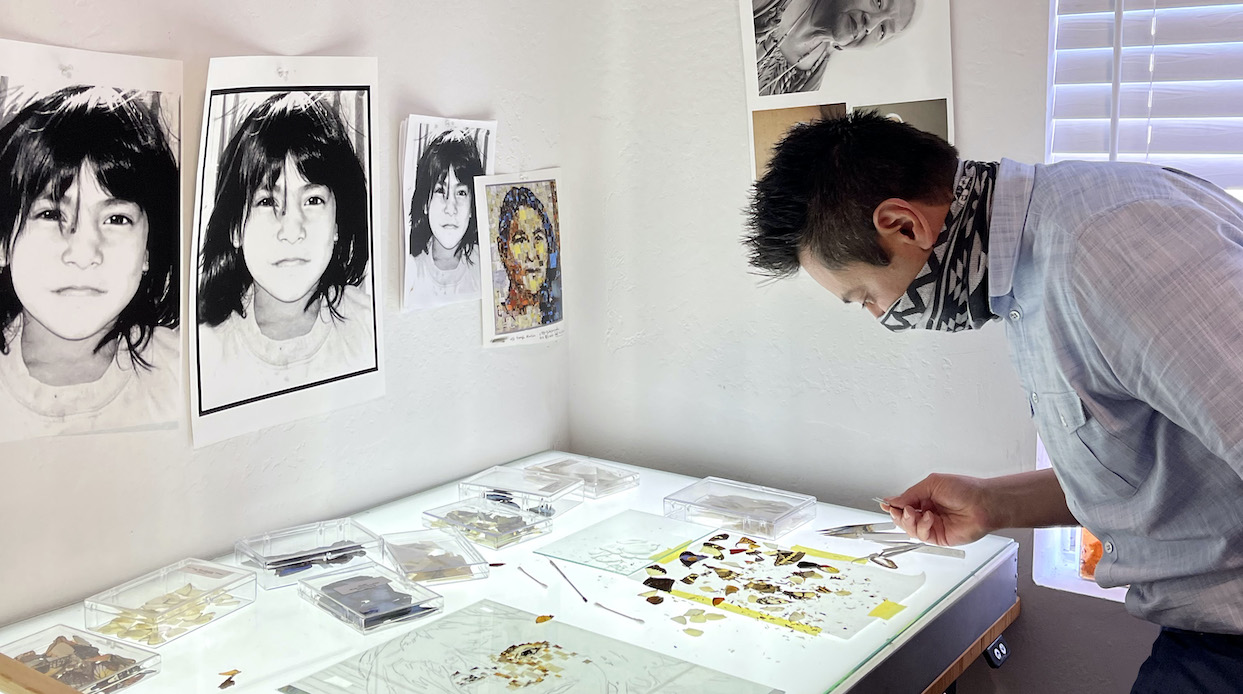