A Life in Clay 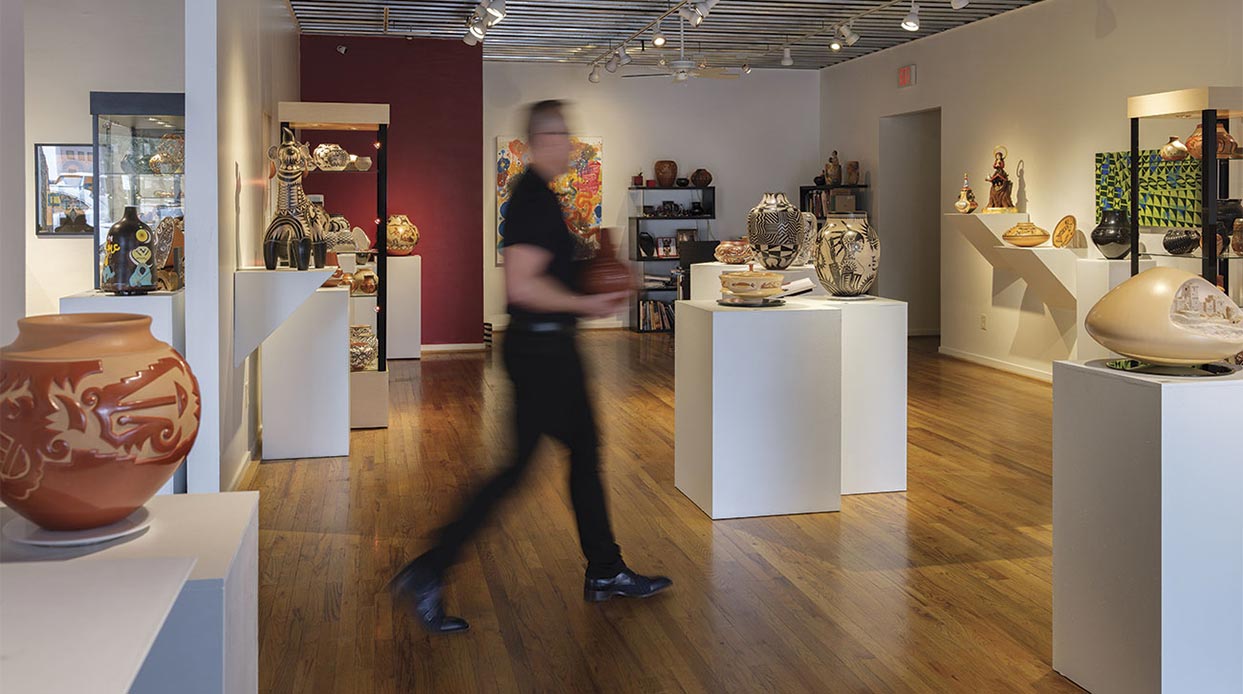 Each of the pieces in Charles King’s collection of Native American pottery tells a story.

From antique vessels that highlight the craft’s transition from functional to art form, to pots that explore in vivid color the social and political issues affecting today’s tribes, the works weave a narrative of deeply held traditions and of artists steeped in history yet living in a modern world.

A large blackware vessel by Tonita Roybal sits on a coffee table. “That’s from an experimental era when artists were just starting to make black-on-black pieces,” King explains. “It’s a style that’s less than 100 years old, and the design and shape are very simple and modern.”

A grouping of sienna-colored pots by legendary artist Maria Martinez rests secure in a glass-enclosed curio cabinet. The rarest of all of Martinez’ works, the pieces are double-fired, giving them their unique hue. Nearby are two square lidded boxes from the Santa Clara and San Ildefonso pueblos. One of the hardest forms to find, they were made for just a short period of time.

“I’m a big fan of early San Ildefonso pottery,” King explains. In the family room, a tall, narrow shelving unit next to the stacked-stone fireplace holds four large works from the pueblo, dating between 1910 and 1920. “Pieces from this time are hard to find in good condition. The artists were moving from that functional period and really focusing on the artistry on the outside and the forms.” A fifth San Ildefonso pot—a modern-day piece by Cavan Gonzales, a descendant of Martinez—sits on the top shelf. “It’s interesting to see the contemporary version of a polychrome compared with a historic one. I like the juxtaposition; it’s a continuum,” King continues. “And sometimes people can’t guess which are the older ones. It’s cool how well the pieces stand together over time.”

King’s passion for pottery isn’t just a personal hobby. As the owner of the eponymous King Galleries in Old Town Scottsdale and Santa Fe, New Mexico, he is one of the nation’s leading experts on contemporary Native American pottery. “After paintings, ceramics is the most immediate art form,” he says. “Artists are making statements and using the medium to create more than just pretty, shiny objects.”

Growing up in Colorado, King began collecting Native American pottery when he was in high school. “I’d work all summer and save up to buy a piece or two,” he says. “I collected miniatures because that’s all I could afford.” In the 1990s, his parents owned and operated Leona King Gallery in Scottsdale, which offered some ceramics, further cementing the young aficionado’s love of the art form.

Following a stint working in Russia, King returned to the Valley and, in 1996, opened his own gallery, which specializes in the clay vessels that captured his heart years before. While he collects pieces that date back to the early 1900s, the gallery focuses solely on work from the 1920s to the present.

“Once you get into handmade pieces, the clay just speaks to you.”

“Ceramics—Native and in general—is an evolving art; it’s become this focal point of artistic drive right now, which is really exciting,” King says with enthusiasm. “When you look at a Roybal piece, and then you look at something Russell Sanchez (San Ildefonso) does, they may be almost 100 years apart, but you can understand that connection and where things are coming from. It’s not haphazard.”

“It’s been awesome working with Charles since our first gallery show 17 years ago,” says Ortiz, a renowned Cochiti Pueblo potter. “From the onset, he has supported my quest to revive and also introduce new ideas to a historic but dying art form.” Ortiz fuses traditional shapes with bold, highly stylized, futuristic imagery that recalls Heinz Schulz-Neudamm’s vintage “Metropolis” poster, modern-day films “Prometheus” and “Mad Max,” and even music videos. “By bringing in the next generation of potters, he not only has given these artists center stage, but he’s also shown collectors, established and new, what to expect in the future of the Native clay scene,” he adds.

For Susan Folwell of the Santa Clara Pueblo, King was the first gallerist to express an interest in exhibiting her work. “I was in my early 20s at the time and had only been working in clay for a few years,” recalls the artist who is known for her colorful, often Lichtenstein-esque, pop art designs that she paints onto her pots with acrylics. “It’s been an amazing journey. I think his passion and integrity for the art form of clay is what he conveys to people.”

That reverence for the art form has garnered respect and admiration not only from collectors and other experts but also from the potters he represents. “While I studied history, I was very lucky that early on I was really interested in the technical side of pottery,” King explains. “I wanted to learn every part of the process—firing, polishing, carving, everything. If you understand that, then you can start focusing on the art.

“I’ve always tried to be very honest and upfront about the things I was doing, and I never treated the work just as an object,” he continues. “It’s really about the art and having the potters challenge themselves and challenge me to do better. We’re a team. And it becomes fun for the artist because someone is giving them a platform for their voices to really come through.”

Ortiz agrees. “It’s clear that he has formed friendships with many of the artists who exhibit in the gallery, and I feel that this bond creates a certain level of trust, which is critical to mutual success.”

It has also provided King with the opportunity to author four books. His most recent, “Spoken Through Clay” (Museum of New Mexico Press), is about the personal collection of former Goldman Sachs Managing Director, Erik S. Dobkins. The oversized coffee-table tome features 200 of Dobkin’s pots, with the artists or their families recounting their work. “It’s the first time that these potters were given their own voice,” King says. “I’ve known everybody for so long that I was able to talk about why they did what they did, where they grew up—items on a more personal level than ‘how did you make that pot?’”

With plans for additional books on the way, running his galleries, visits to Native American art fairs and traveling to meet with artists in their homes, you’d think King might get tired of pottery.

“I continue to be interested in it no matter what,” he says. “Once you get into the handmade pieces, the clay just speaks to you—how it looks in the morning, how it looks at night, how the artists handle it. There’s something really phenomenal about it.”

Handmade pottery is coil-built—where long rolls of clay are stacked to create the vessel’s shape—so look inside the bowl. If it’s cast, it will be smooth, as though it is out of a mold. On handmade pieces, you can see little indentations and the roughness from when the artist smoothed out the coils. Many of the pieces you’ll find in gift shops along Route 66 are mass-produced. That is, a company will buy cast vessels and hire artisans to paint on them, usually with acrylics.

LOOK FOR A SIGNATURE

Everything contemporary should be signed. This makes it easy to identify the artist and age of the artwork. You want to see that artists have signed their name into the clay on the bottom of the vessel.

Read online. Peruse gallery blogs and engage in social media. Go to the Indian markets; go to museums—the Heard Museum, the Museum of the West and the Phoenix Art Museum. There’s no scarcity of great resources to pull from in the Valley.

Pottery is an artist-driven art. Not all Acoma pottery is the same and not all Santa Clara pottery is the same. For example, if you like blackware, start looking at the techniques of the various artists. Does this artist polish better than that one? Are one potter’s carvings more intricate than another’s? Once you identify the styles that you like, you can begin to differentiate the aesthetics and creativity of individual artists.

Established artists are going to be more expensive. If you’re willing to experiment, you can get really cool and innovative pieces for a lot less money.

Don’t just buy for the name of the artist or the value of the piece. Have confidence in your own choices and aesthetics.

If you’re just starting to collect, it’s important to ask a lot of questions. My job, and that of any gallery owner, is to educate you. 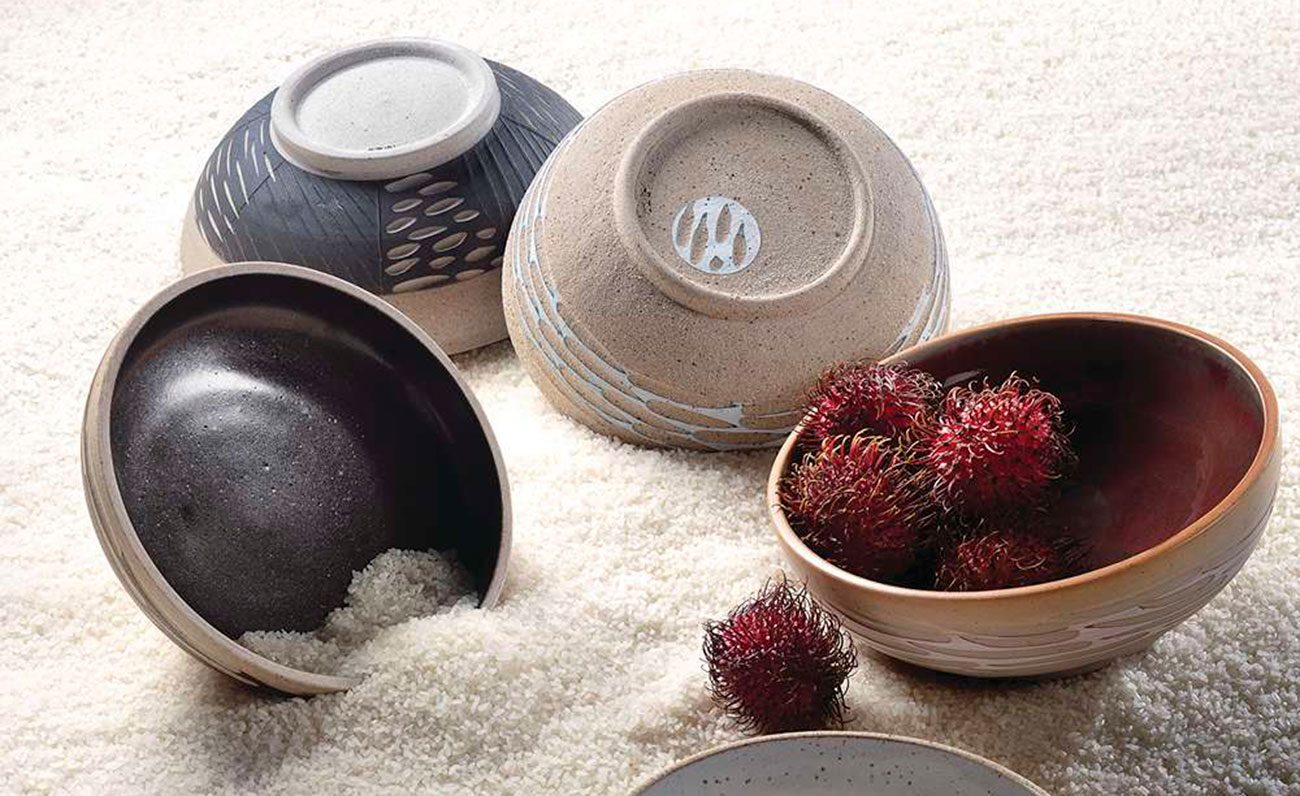 A Feast for the Senses 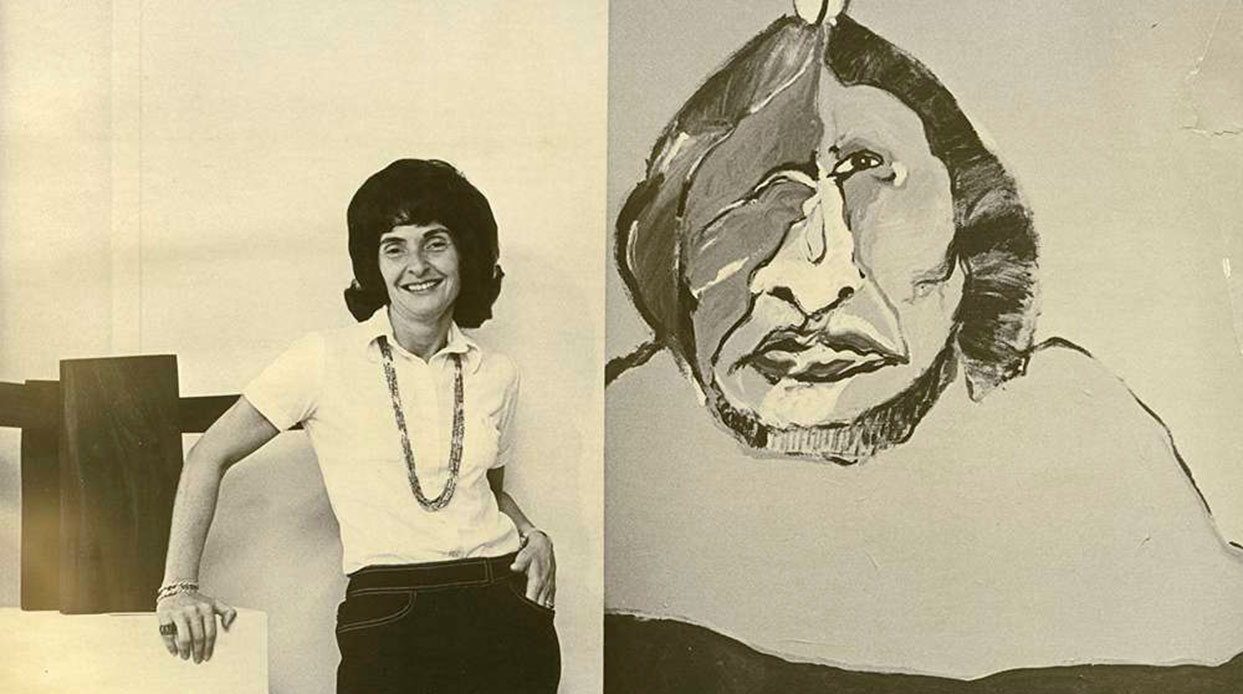