SubscribeGet The Magazine
back to top
Homepage / Sonoran Scout  / Q&A: How Architect Erik Peterson Brought an Iconic Property into the 21st Century

Q&A: How Architect Erik Peterson Brought an Iconic Property into the 21st Century

This May marked a new era for the Arizona Biltmore, A Waldorf Astoria Resort. The property recently underwent a site-wide transformation that took 15 months to complete. The renovation of the 200,000-square-foot resort marks a new chapter in the history of this Phoenician gem. Inspired by the distinctive architecture of Frank Lloyd Wright and Albert Chase McArthur, the restored and revamped Arizona Biltmore—originally built in 1929—stays true to the historic roots of Hollywood’s Golden Age while simultaneously bringing it into a new era with dazzling amenities to match. “For years I would walk into that amazing lobby and marvel at the legacy of this hotel,” says Erik Peterson, president of PHX Architecture, who was tasked with the redux along with Virserius Studio. “Bringing that space back to its original glamour just makes me feel so good.” We recently caught up with Peterson about the remodel of this iconic property.

Phoenix Home & Garden: Can you tell us more about the inspiration behind this remodel?

Erik Peterson: Part of the inspiration was to restore the property back to its original intent. Another was to inspire the next generation of users. I initially used the unbuilt design Wright did for the Arizona State Capitol for inspiration, and then it molded into the design we have today.

How did you reimagine the Arizona Biltmore for a new era?

Just as Wright constantly used his buildings as experiments with new materials and ideas, we built upon his innovative use of block and shade/shadow to create new spaces with today’s innovative materials. What was your approach to the remodel and restoration process?
There was a lot of building damage and badly done previous remodels that had removed or covered spaces. Some of the restoration process was exploratory to uncover and bring back, and some of it was just brand new. We approached it as you do historic properties, by making new areas look new and not trying to emulate or confuse what was original.

Do you have any advice for remodeling with your own signature style while staying true to the historic roots of a project/building?
You have to bring something new to the table. Build upon the original but add your interpretation of the concept. Copying what was already created doesn’t add any value. By taking inspiration from the original design coupled with your new interpretation, you both honor and elevate the original project. Which of the historic elements of the resort is your favorite?
My favorite historic space is the Aztec Room at the entry to the resort. It is the one room that is most attested to Wright’s original work. It is a truly magical space.

What inspires you the most about Frank Lloyd Wright and Albert Chase McArthur work?
I love the way they took the heavy concrete block and made it seem light by using it in transparent ways, allowing sunlight to filter through it. Wright always brings a sense of mystery and excitement to his work by recreating the organic patterns as inspiration.

What color scheme did you focus on for this remodel, and why?
With so much grey already in the design, we tried to bring some color into the mix. We used the colors of desert flowers as the inspiration. Weused the copper/green patina as inspiration for the lobby bar.

What is your favorite design or architecture mantra?
Form follows function. 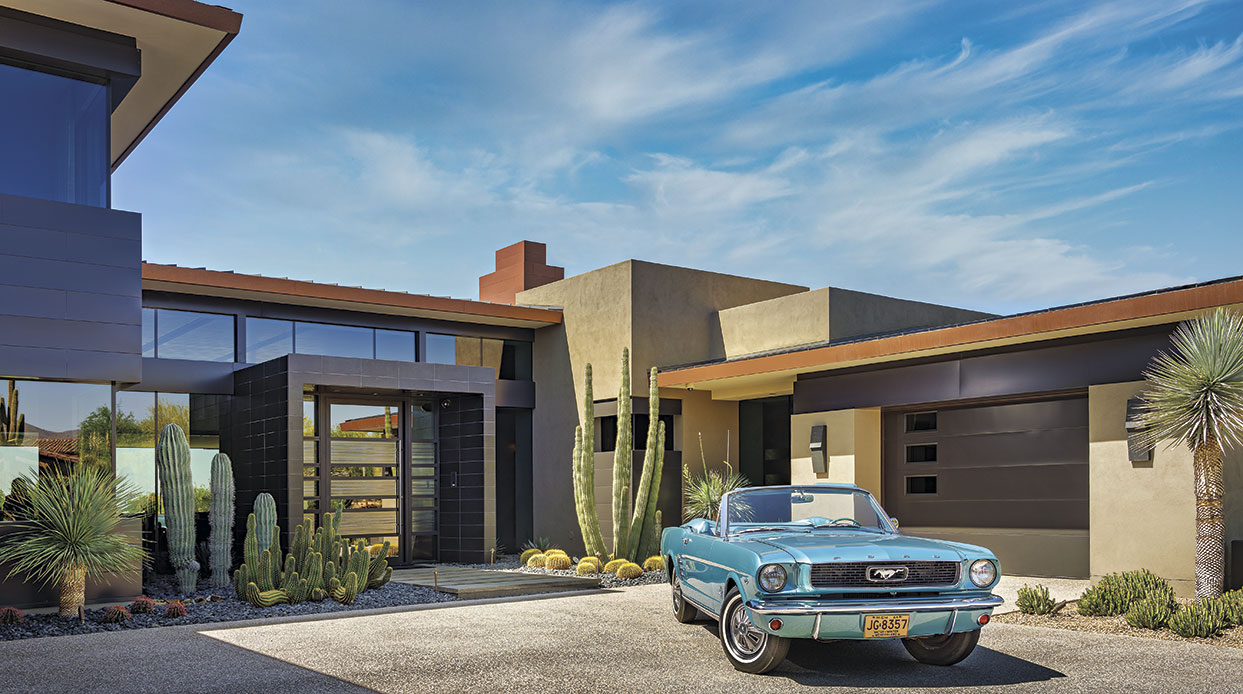 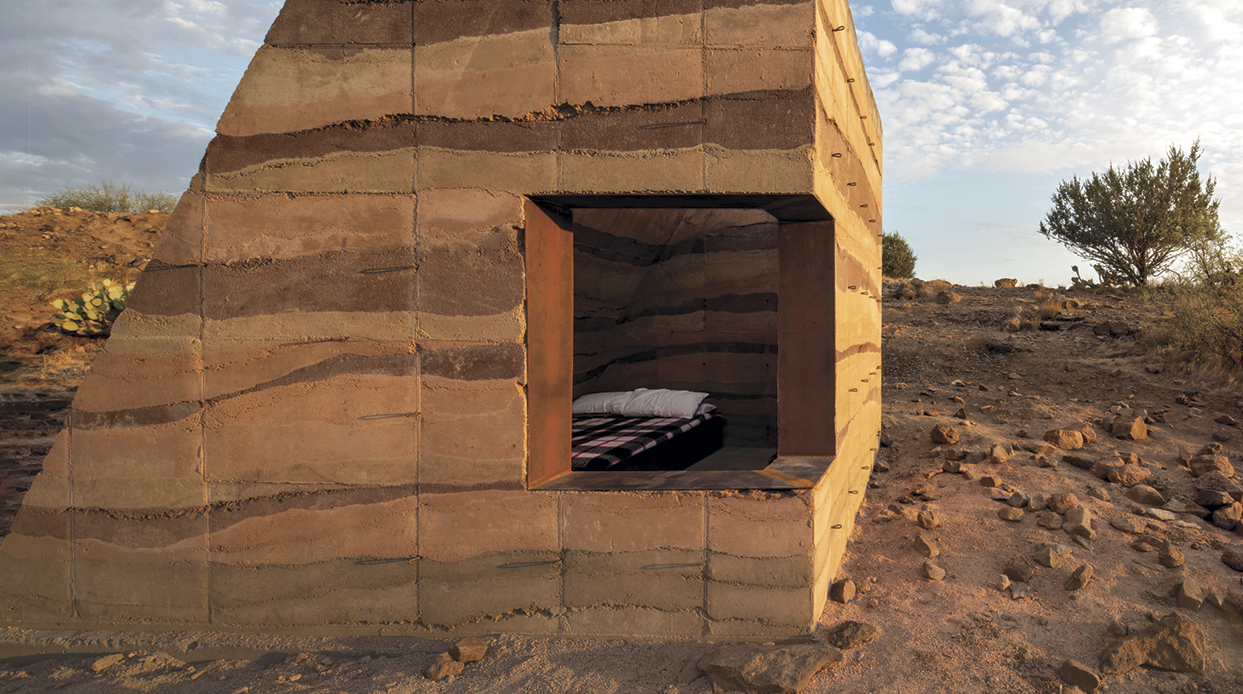