SubscribeGet The Magazine
back to top
Homepage / SW Garden Guide  / Painted Garden in Scottsdale: A Desert Canvas Comes to Life

Painted Garden in Scottsdale: A Desert Canvas Comes to Life

In North Scottsdale, a desert canvas comes to life with swaths of verdant foliage and brilliantly hued blooms.

With the skillful stroke of their paintbrushes, Impressionist artists such as Claude Monet, Pierre-Auguste Renoir and Camille Pissarro created stunning representations of nature, capturing fleeting moments of light and color. For modern-day people, the chance to see these magnificent displays of nature’s beauty comes from visiting museums around the world. But for Doug and Susan Nicholas, a simple stroll through the backyard of their North Scottsdale home transports them to a lovely garden that evokes those masterful works of art.

Originally from Iowa, the Nicholases have lived in Arizona for more than 25 years, mostly in the desert surrounding Scottsdale—a far cry from the lush landscapes of the Midwest. But once an Iowan, always an Iowan, and that longing for greener pastures continues to stay with them. “We love green grass, vibrant hues and lots of foliage,” Susan says.

So when the couple found their desert home a few years ago, they were pleasantly surprised that a colorful, opulent garden was waiting for them—meticulously cared for by the owner before them, a 92-year-old woman who had a passion for roses.

“When we moved in, there were roses everywhere—in raised beds, along walkways, even climbing roses covering whole walls,” Doug says. “The woman who lived here really took care of this landscape, and it was pretty spectacular.” Wanting to keep the integrity of the garden intact, the couple enlisted the help of landscape designer Donna Winters, a Phoenix Home & Garden Masters of the Southwest award winner.

“I met Doug and Susan through the builder who worked on the remodel of the home,” Winters says. “The Nicholases invited us to help incorporate some of the changes they wanted to make as far as entertaining, outdoor spaces, patios and lifestyle choices that were important to them.”

The redesign project, which took about five months to finish, began at the home’s grand entryway, where Winters created a more pleasing and welcoming passage complete with iron gates, a long paved driveway, plant vignettes and added accent materials. “We helped enhance the entry experience by enlarging the space and giving it human scale with desert plantings along the driveway,” she says.

In the backyard, Doug and Susan wanted to create a private escape where they could entertain friends and family or peacefully lounge and relax embraced by a lush garden oasis. The first step was to gut the existing patio and replace it with an expansive entertainment space featuring multiple sitting areas, outdoor kitchen and bar area, barbecue and grill, and dramatic stone fireplace. The remodel also involved the renovation of a rectangular pool with flagstone beach entry.

“Doug and Susan wanted to further enlarge the patio and entertaining areas by using visual cues,” Winters says. “To do that, we created special focal areas around the pool by transplanting some of the roses and reconfiguring the existing palms. This was all meant to further develop the views.”

But unlike its desert surroundings, the Nicholases’ backyard is filled with an abundance of colorful flowers and plants that cover the landscape. From end to end, top to bottom, roses, delphiniums, hibiscus and magnolias—among so many other varieties of flowers—bloom in rich shades of purples, reds, oranges and whites. Swaths of perennials also line paths and shaded walkways, enticing passersby to stop and lean in for an intimate look.

The sprawling outdoor space also provides opportunities to be “at one” with nature. A dry wash with smooth river rocks and stones embraces the beauty of the surrounding desert, while a hummingbird and butterfly garden filled with a variety of salvia, justicia, penstemon and ruellia species, welcomes winged visitors to stay for a while.

A large Southern magnolia tree that stands stoically at the far end of the backyard reminds the couple of their love for the outdoors and their Midwestern roots. “The tree was here when we moved in,” Susan says. “The foliage around it was a bit overgrown, so we just trimmed things back, which better exposed the water feature that’s built at its base. When it’s in full bloom, the vignette is quite spectacular.”

While Winters comes in and refreshes the plants and flowers throughout the year, and a landscaping crew maintains the outdoor areas, Doug and Susan aren’t afraid to get their hands in the dirt.

“We have a small grove of fruit trees filled with white grapefruit, pink grapefruit, lemons, limes, oranges, figs and plums,” says Doug, admitting that the chance to have fresh fruit and vegetables from his own backyard awakens his Midwestern soul. “We also have raised beds where we’ve grown lettuce, tomatoes, peppers, onions and strawberries.”

Doug and Susan say their backyard and garden is the perfect complement to the way they live: with a far-reaching appreciation for nature and the randomness of its beauty.

Says Susan, “It may be a hodgepodge to some people, but it fits us just perfectly.”
Landscape architect: Donna Winters, Enchanted Garden Landscapes. 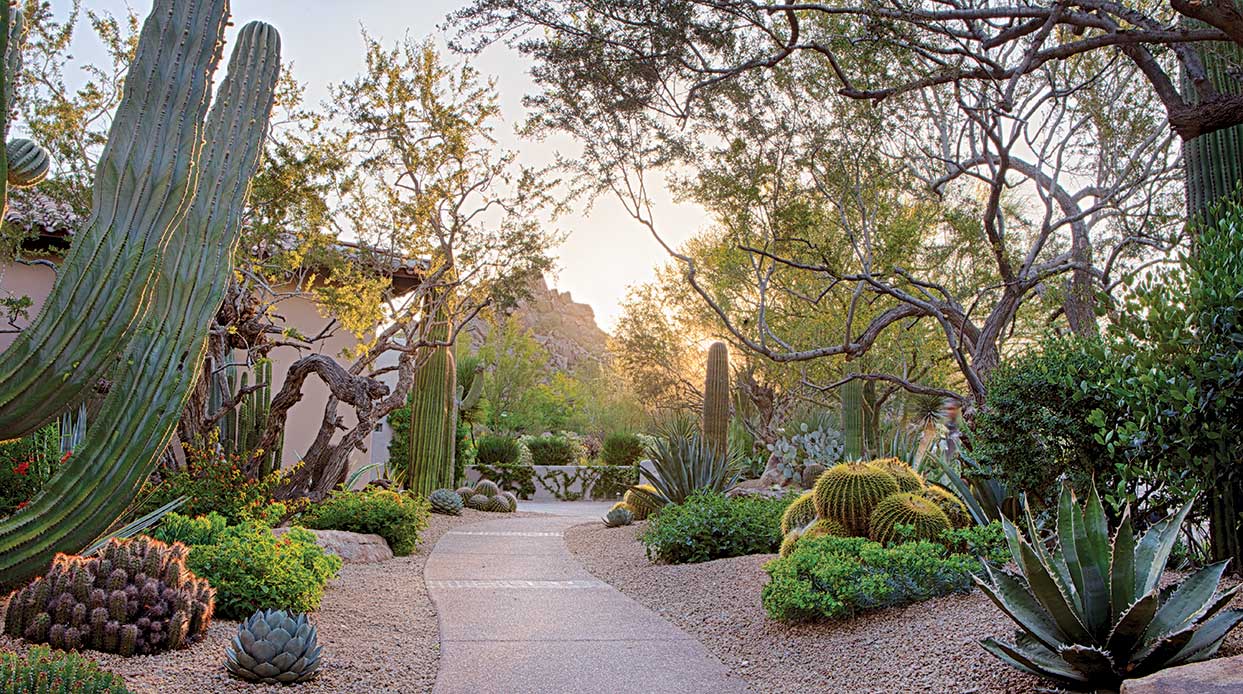 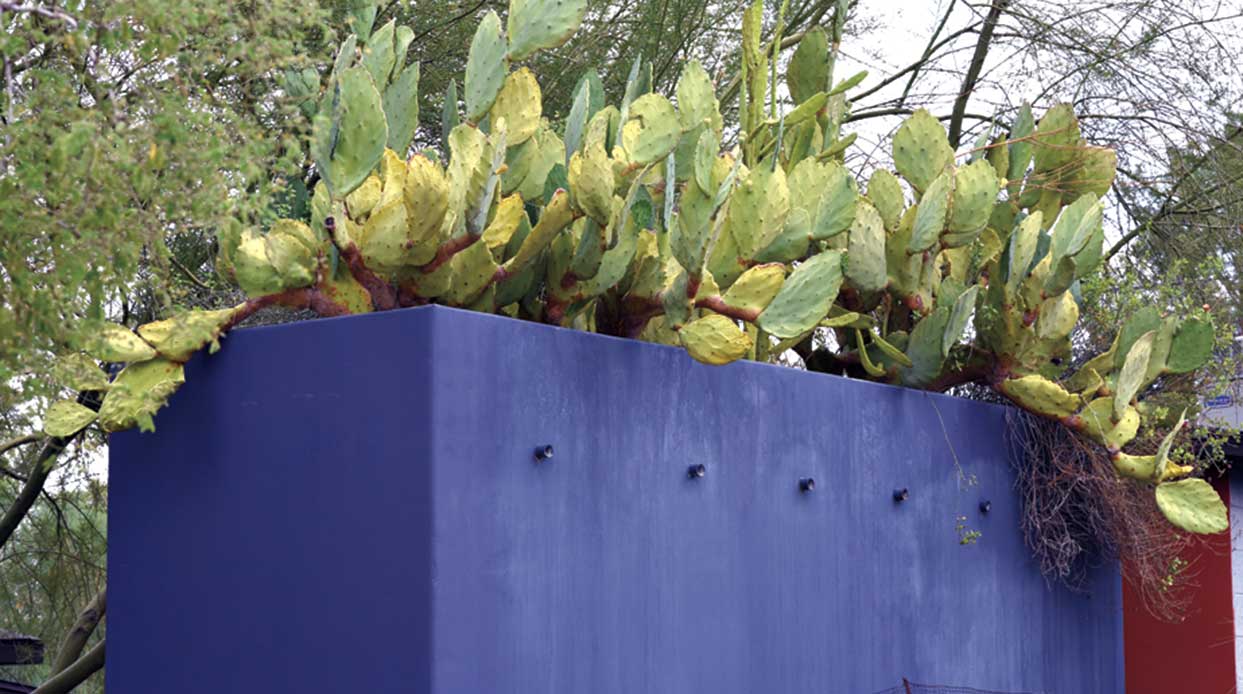 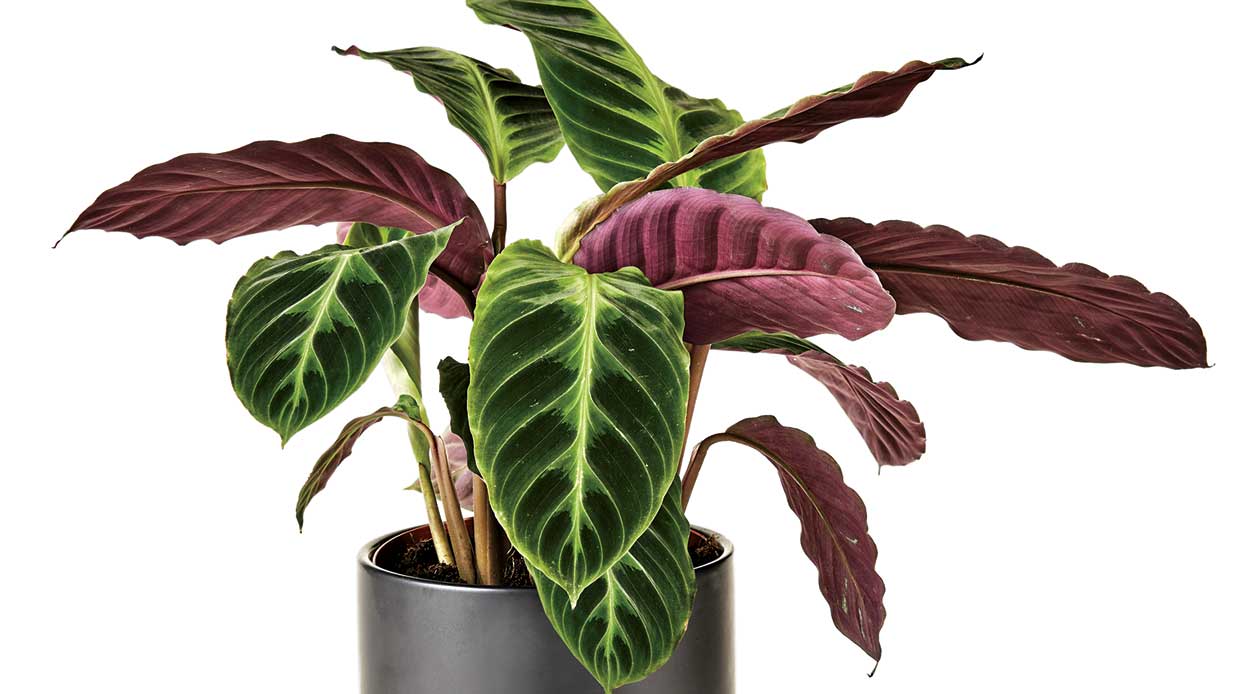