For thousands of years, the pomegranate (Punica granatum) has played an important role in numerous cultures and civilizations as both a food source and an enduring symbol. Some scholars have posited that this juicy red orb—rather than the apple—was the catalyst that led Adam and Eve to look for alternate real estate after an ill-advised snack. For the ancient Egyptians, the pomegranate represented prosperity and ambition. In Greek mythology, the fruit was said to have been created from the blood of Adonis.

Originating in the region stretching from modern day Iran to northern India and cultivated in Central Asia and throughout the Mediterranean, the pomegranate made its way to Arizona and California with Spanish missionaries in the late 16th century, and even became a common motif in Navajo jewelry, including squash blossom necklaces.

The plant grows naturally in shrub form with a structure similar to the oleander but can be trained to take the shape of a tree. They are self-fruitful, meaning a second tree is not necessary for pollination. Thanks to its arid ancestry, the pomegranate is a natural fit for Valley gardens and an ornamental alternative that homeowners might overlook. “When it comes to planting fruit here, a lot of gardeners default to citrus,” says local grower Brandon Owens. “They are surprised that pomegranates do so well here, but our climate is perfect for them.” His wife and business partner, Alyssa, adds, “They’re easy to grow; in many cases, you can harvest within the first year. The fruit is packed with antioxidants and vitamins, and the trees have beautiful flowers.”

Here, the Owens share their knowledge and passion for this leathery-husked fruit.

There are more than 500 varieties of pomegranate plants, with fruit ranging in size from a lemon to a grapefruit and flavors spanning the spectrum from tart to tangy to sweet. The following cultivars have been shown to fare well here in the Valley.

AMBROSIA
(Punica granatum ‘Ambrosia’)
Large pale pink-skinned fruits that are up to three times larger than the Wonderful; intense flavor perfect for juicing

GRANADA
(Punica granatum ‘Granada’)
Burgundy-colored inside and out;
arils have a rich, delicious flavor

Accented with cocoa and a pinch of cayenne powder, this tangy dressing is a distinctive complement for salads and roasted vegetables.

One of autumn’s most anticipated  harvests, pomegranates are prized by home cooks and professional chefs alike. The seeds (or arils) are a natural addition to seasonally driven cuisine and can be substituted in any number of dishes commonly accented with citrus and other fruit. “We use pomegranates a lot,” says Tandy Peterson, chef de cuisine at Mowry & Cotton. “The seeds add texture to pork belly or sashimi, which are soft and buttery. They bring a citrus element to savory menu items, and we also use them as a sweet component in desserts.”

For this recipe, Peterson amplifies the flavor by incorporating pomegranates in two ways: juiced and as molasses (pomegranate juice reduced to a thick syrup). Commonly used in Persian and Middle Eastern cuisine, pomegranate molasses is a less familiar pantry staple in the U.S. “You can buy it in a regular grocery store, but I don’t think many people have tried it before,” says Peterson “It has an amazing flavor.”

The secret ingredient of her inventive vinaigrette is cocoa. “I often think of strawberries and pomegranates as interchangeable in the sense that they both have a delicate sweetness with a touch of acidity,” she explains. “My mind then went straight to strawberries and chocolate, and I thought, what if I used cocoa? That in turn led me to add a pinch of cayenne since a lot of people like their chocolate with a dash of heat. I wanted to create something that people could make at home but also something that they could talk about. It’s so tasty, I’m going to put it on our lunch menu.”

Peterson suggests tossing this delicious dressing with a salad of mixed greens, charred oranges, goat cheese, spicy pecans and fresh pomegranate seeds, but she notes that it’s so versatile that you may want to add to your everyday repertoire. Try it on spinach salad, bitter greens, sliced tomatoes or grilled vegetables. “I think it would be really good on beets, or reduced to a glaze and tossed with roasted carrots,” she says. Refrigerate any unused dressing for up to one week; if prepared without shallots, it will last for a month.

Combine all ingredients in a Mason jar. Cap jar tightly and shake vigorously until ingredients are emulsified. Peterson recommends allowing the dressing to sit for an hour to let the flavors meld. Shake before serving. 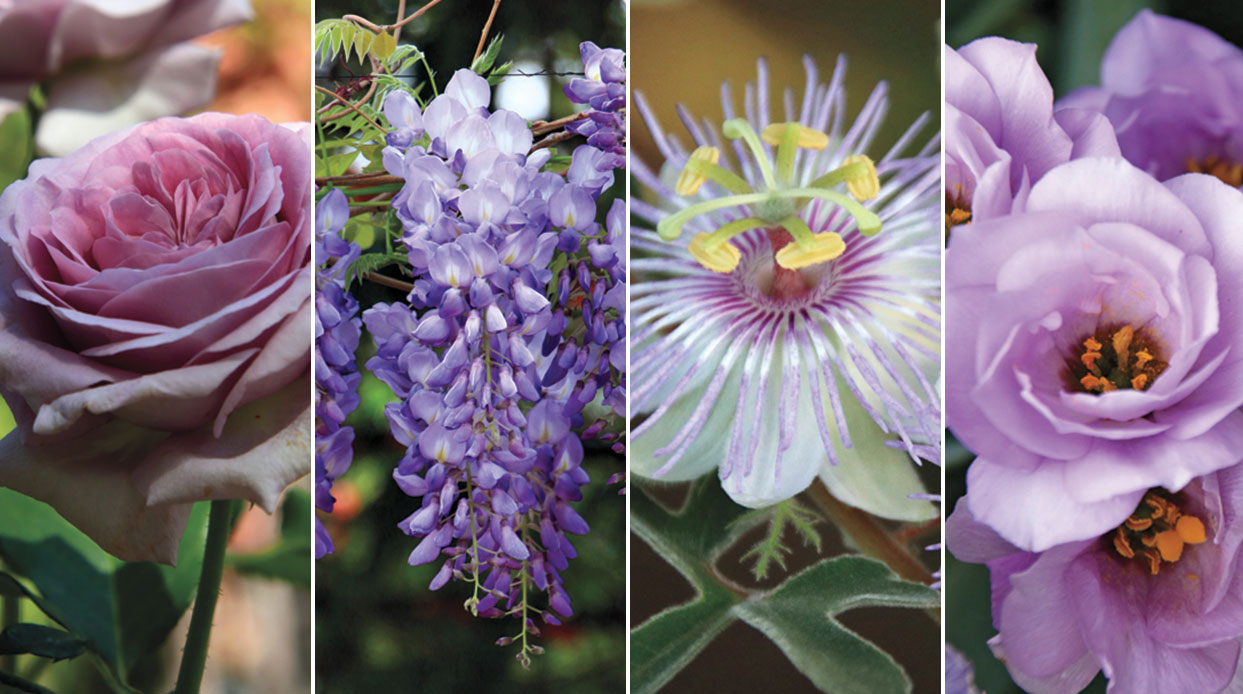 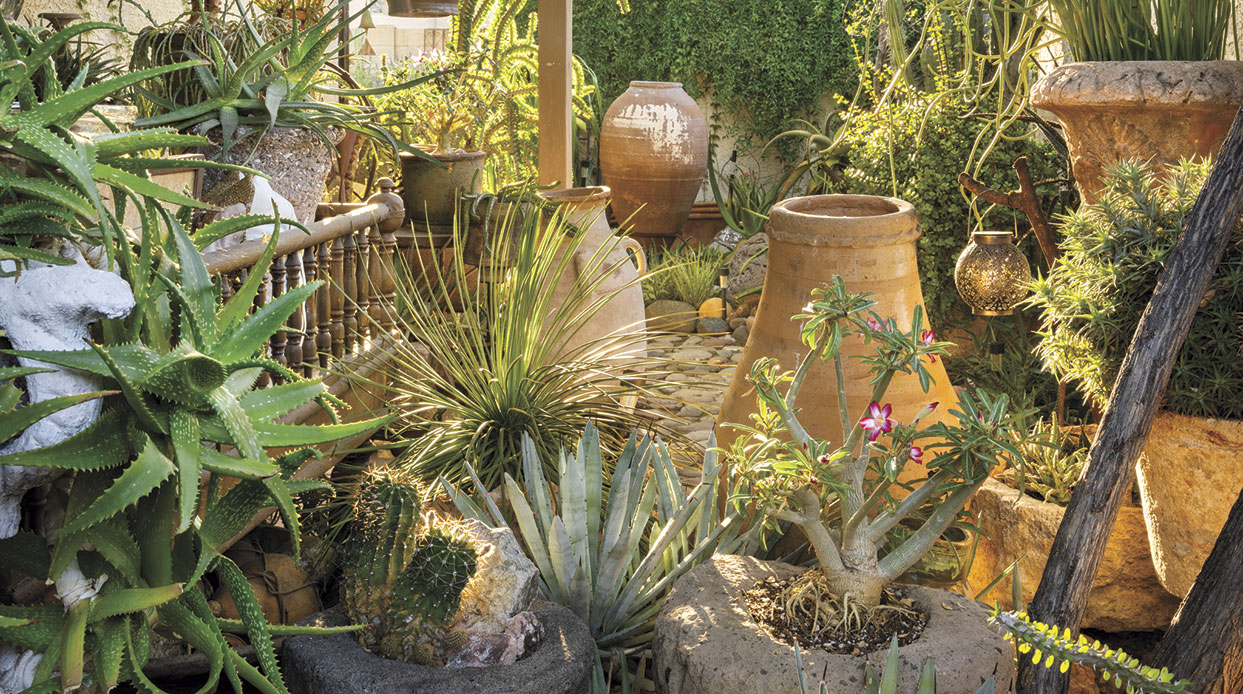 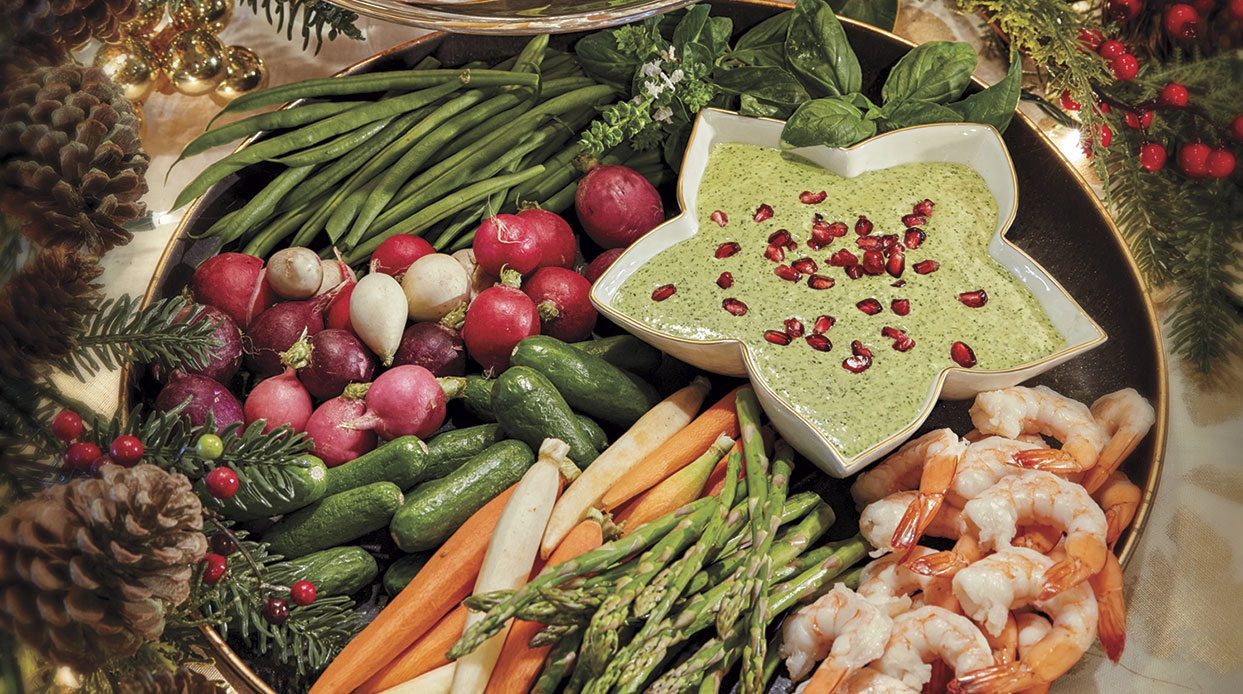 Holiday Entertaining Tips + an Easy Appetizer to Kick Off Your Festivities