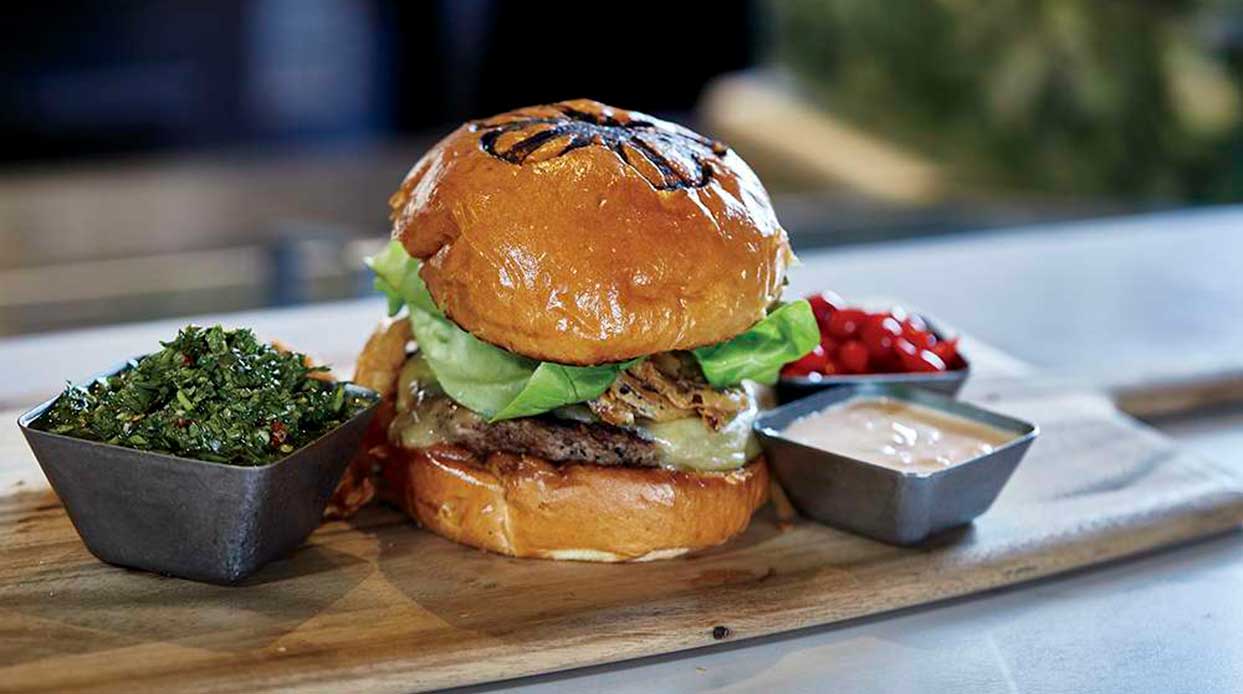 Tasty tips and tricks for creating the perfect patty.

Summer is prime grilling season, and nothing defines a backyard barbecue more than the smoky, savory scent of burgers sizzling on the grill. The perfect hamburger delivers a juicy patty with a seasoned, charred crust begging to be embellished with your favorite condiments on a soft, toasted bun.

Great grilling is an art, and no one knows this better than the winner of the Scottsdale Culinary Festival’s 2018 Burger Battle, chef Lisa Dahl. “There are many elements to a good burger, ” she says. “Being outdoors with friends and family—that’s part of it.”

Dahl’s newest culinary concept, set for a 2019 debut in Sedona Vista Village, is Butterfly Burger, an ode to this American classic and a nod to her Scottsdale Culinary Festival trophies and recent appearance on The Food Network’s “Beat Bobby Flay” grilling competition. Dahl plans a chic restaurant featuring a full bar with an emphasis on Arizona wine and craft beer, bourbon-spiked milkshakes, sides such as Parmesan-dusted duck fat fries and quinoa tabbouleh, and a dozen “buddy sauces” for dipping and dressing. “It’s a couture burger experience, meaning that it’s an elevated concept with a lounge atmosphere,” she says. “It’ll be a fun menu with burgers influenced by different ethnic persuasions, and you may have a hard time choosing which one to order.”

Anchoring the menu will be a selection of mouthwatering burgers including her Chimi Burger, which contains all the traditional elements fine-tuned to perfection—a melted blanket of white cheddar cheese, crisp romaine lettuce and crunchy buttermilk onion rings. The bun is brushed with a garlic compound butter, the patty seasoned with a zesty chimichurri, and the burger gilded with a sophisticated version of Thousand Island dressing that she calls Louis remoulade. “It’s the perfect balance with a hint of sweetness and a little smoky spice that doesn’t overpower the meat,” says Dahl. “When I created this burger, I thought if we did it right and it was balanced in every way, you could bite into it and think it’s the best burger you’ve ever had. It’s not my fanciest; it’s the one for anybody who loves a good old American burger.”

Season one side of patties with salt and pepper and grill approximately 2-4 minutes for medium-rare (meat thermometer should read 145 degrees). Season second side of patties with salt and pepper and repeat. Spoon chimichurri sauce over the burger, completely covering the surface. Top each burger with 2 slices of medium sharp cheddar cheese, placing slices so that melted cheese will cover the top and sides of the burger. Grill buns buttered-side down until lightly browned. Place burger on bottom half of bun, top with a dollop of Louis remoulade, followed by a generous stack of onion rings. Add romaine lettuce. Spread a dollop of Louis remoulade on inside surface of top bun. Garnish with baby cornichons, Peruvian peppers or Peppadews.

Blend all ingredients in order, mixing in oil last. Refrigerate for at least one hour. Taste and add additional salt and oregano if desired. Can be made up to five days ahead and kept refrigerated.

PREPARING YOUR GRILL First and foremost, the heating element must be properly prepared. Even if you are using a skillet or grill pan on the stove, it has to be taken just as seriously as a grill with wood or charcoal. It must be hot enough to get that perfect sear. On the other hand, if I throw my burgers onto a grill where the coals have not died down properly, it will cook too fast.

SEASON CONSISTENTLY Locking in the flavor of the meat with even seasoning is key. Season each patty evenly, covering all surfaces. Even if you use nothing more than salt and pepper, this will give you a phenomenal burger.

COOKING THE MEAT Let your meat rest for a few minutes to take the chill off before cooking. It doesn’t need to be room temperature, but you don’t want it to be ice cold. When cooking, let the first side get a good sear, and flip only once. You want the outside charred and the inside moist. 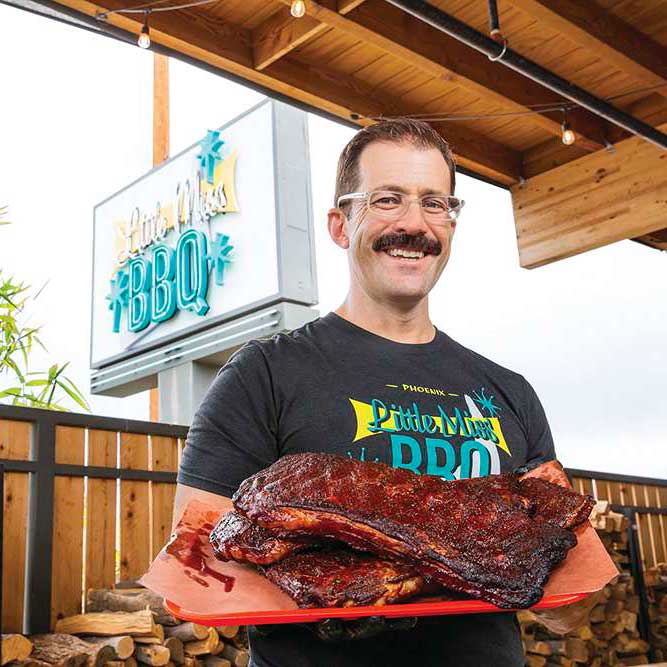 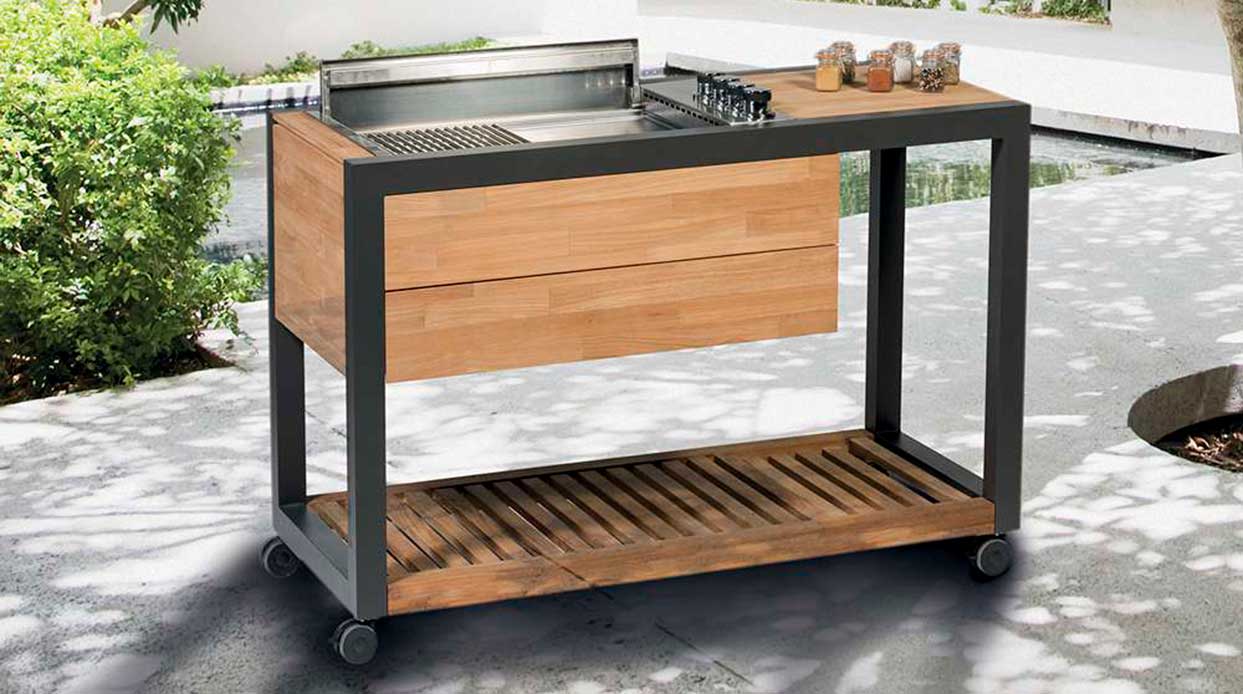 The Best BBQs for Your Backyard 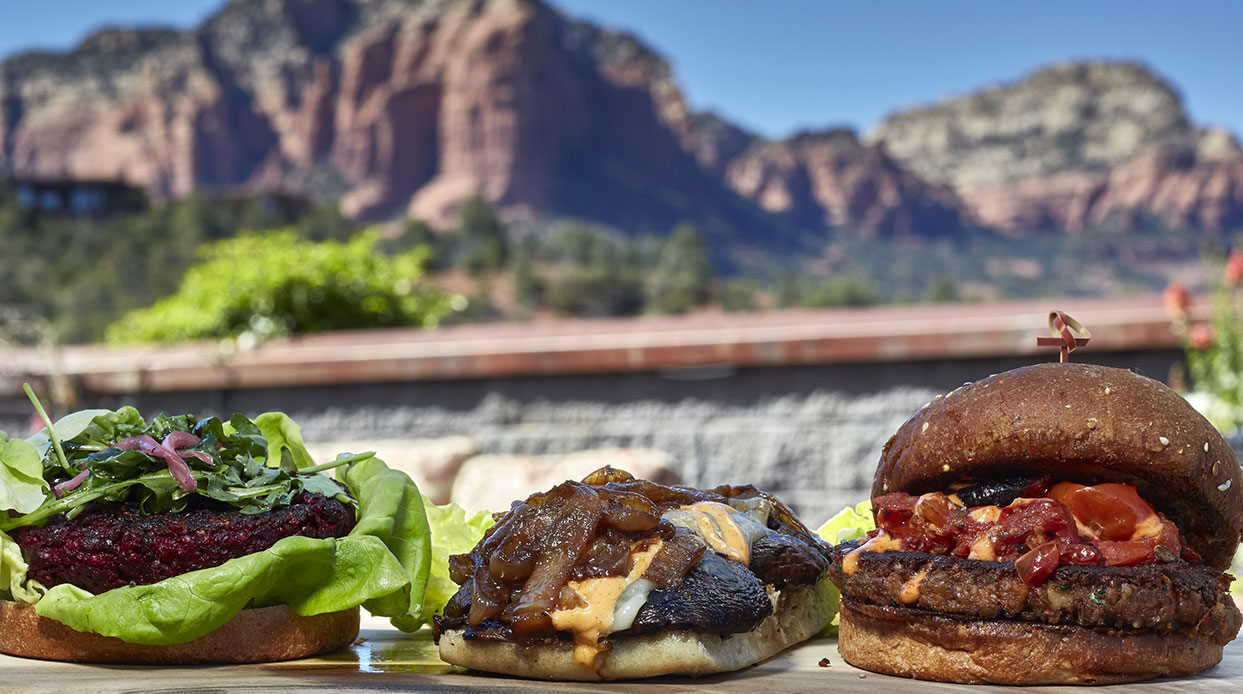