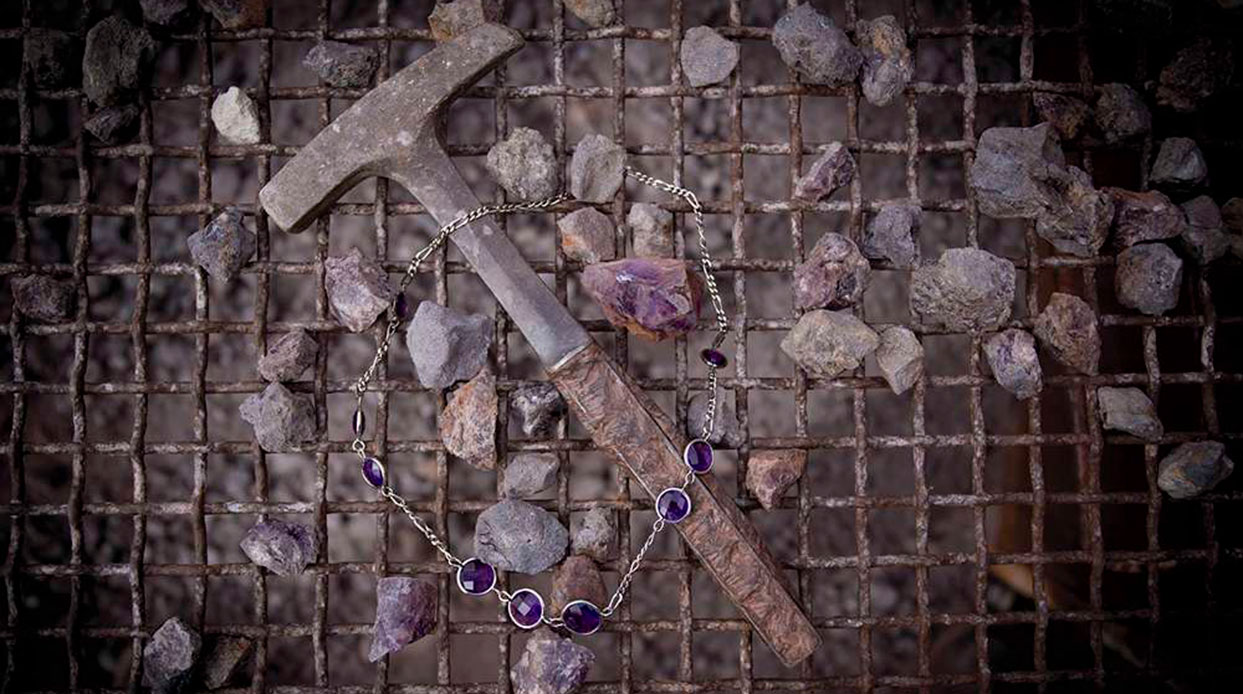 The Four Peaks Amethyst Mine uncovers glimmering crystals in the mountains just north of Phoenix.

Located high in the Four Peaks ridge of the Mazatzal Mountains, where the third and fourth peaks meet, is one of Arizona’s best kept secrets. Here, at about 7,000 feet above sea level, in an area accessible only by helicopter or a daylong hike, the ground glistens purple. Miners chisel the earth in search of violet-hued semiprecious crystals, which are then transformed into sparkling jewels that are prized by locals and visitors alike.

The Four Peaks Amethyst Mine is the country’s only commercially producing gemstone-quality amethyst mine. It was discovered in the early 1900s by two brothers who were looking for gold, but instead of the lustrous yellow metal, they found the deep purple crystals of amethyst. The duo staked their claim and mined the land for a few years. The property then changed hands numerous times throughout the century and, at the end of the 1990s, was purchased by New Jersey resident and lifelong rock and gem hobbyist Kurt Cavano.

For the past 20 years, Cavano and his miners have been following a vein of amethyst that twists and turns its way into the mountain. “It’s a different kind of mine. We don’t get geodes,” Cavano explains. “Instead, the mine itself is like a giant walk-in geode—there’s amethyst on the walls, on the ceiling, on the floor. It’s all around you.”

Because the mine is located in a remote mountainside setting about 46 miles north of Phoenix, all materials must be transported in or out by helicopter.

Amethyst Soap is molded of actual crystals and scented with essential oils of lavender, pine, spruce and fir needle, with a hint of organic food-grade blueberry extract. $10/bar (strawberryhedgehog.com)

Hardware is the jewelry of the home, and the amethyst Crystal Handle dresses up any drawer or closet door. Made of genuine gemstones and wrapped in elegant slim brass hexagons finished in satin nickel, chrome or gold, the stunning 8-inch-long pull will elevate your decor as well as your spirit. $225 (stephendevans.com)

He continues, “It’s pretty amazing, actually. When you’re in the mine, you can see all these beautiful crystals that formed there over millions of years. I’ve always been fascinated with crystals because they grow like that in nature. We’ve gotten some beautiful 20- and 30-carat stones, even an 80-carat gem.” The largest stone pulled from the mine weighed 135 carats. Because traditional techniques, such as the use of explosives or heavy machinery, would destroy the delicate purple crystals, the miners use tiny screwdrivers and rock picks to extract their discoveries.

The mine produces about 1,000 pounds of rough amethyst every six months. Of that, about 50 pounds are gem-quality. The stones are then sent to cutters overseas. What comes back are about two handfuls of cut and polished gemstones that are ready to be placed into gold and silver settings. “We literally get a double handful twice a year,” Cavano says. “I’m never going to get rich off it, that’s for sure. But it’s a lot of fun, and we end up with this spectacularly beautiful amethyst that’s taken millions of years to be produced and, because of the chemical property of this particular mine, has an intense reddish-purple color to it.”

ABOVE The Siberian red coloration that make Four Peaks’ amethyst so prized is on full display in this showstopping cocktail ring that spotlights a 22.32-carat stone set in white gold and surrounded by 1.26 carats of diamonds. $9,000 (fourpeaksminingco.com) RIGHT Much like the veins of semiprecious stones that cut through the Four Peaks Mine, the clusters of amethyst in the metaphysical “Enchanted River” wall art emerge from a channel of shimmering purple resin set in spalted big leaf maple burl. 18″ in diameter by 1.5″ deep. $580 (lumberlust-designs.com)

The rich hue, known as Siberian red, is the result of the ground’s high concentration of manganese and dense iron content. This particular combination is found in only two locations on the globe—in the Ural Mountains of Siberia and in the Four Peaks. “Ours is some of the highest quality amethyst in the world,” says Susan Emberley, general manager of the Four Peaks Mining Co. store, where guests can learn about the regal crystals, explore a re-creation of the mine and purchase amethyst jewelry designed and manufactured by Cavano. “What’s fun is you are literally taking a piece of Arizona home with you,” Emberley continues. “Anybody can buy a souvenir, but this is actually our earth.” 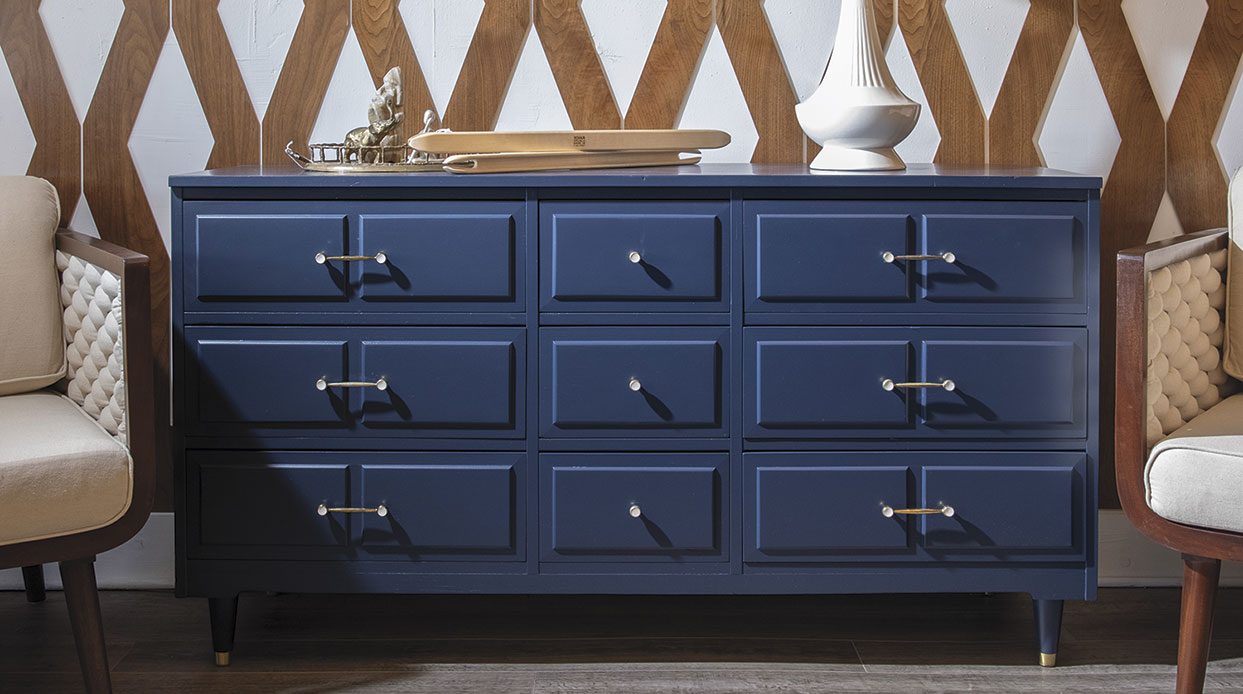 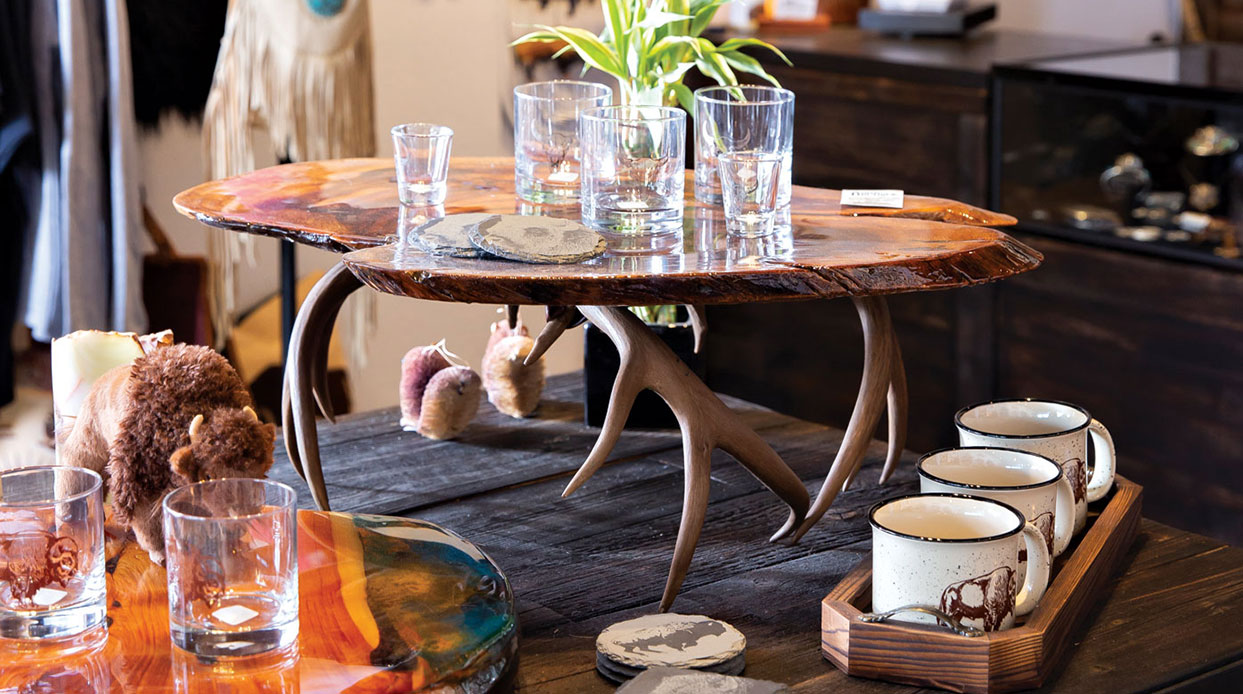 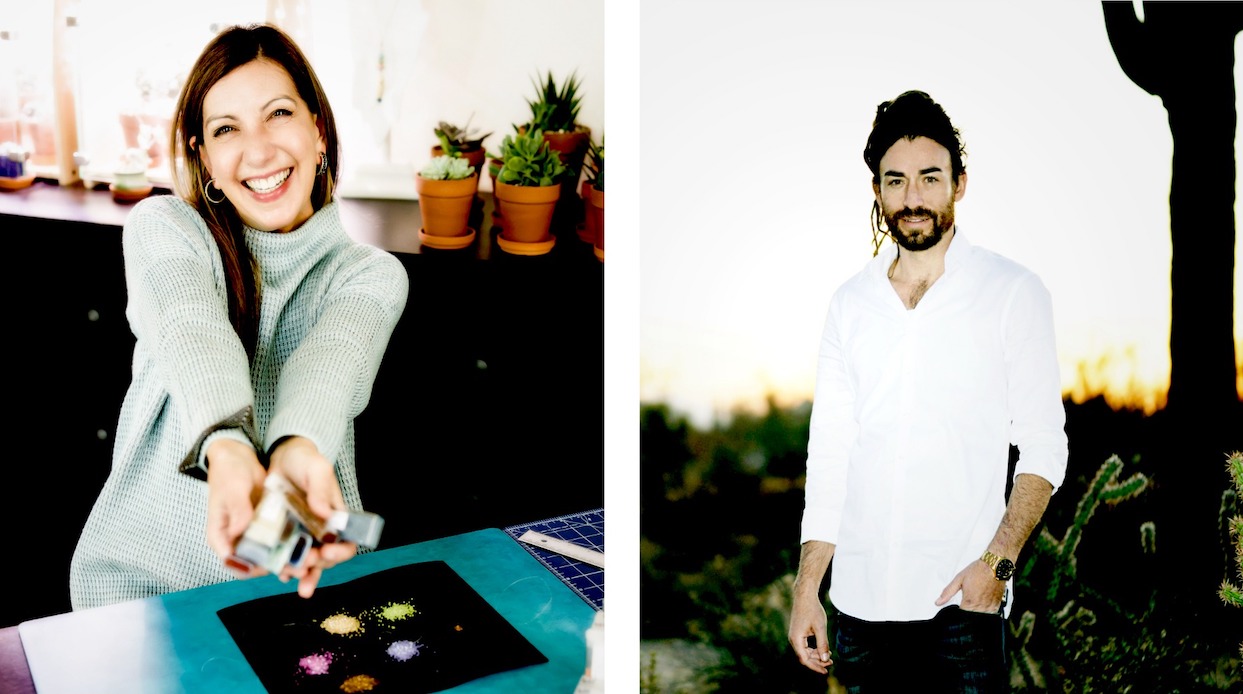