A Local Farm Helps Arizona Return to its Roots 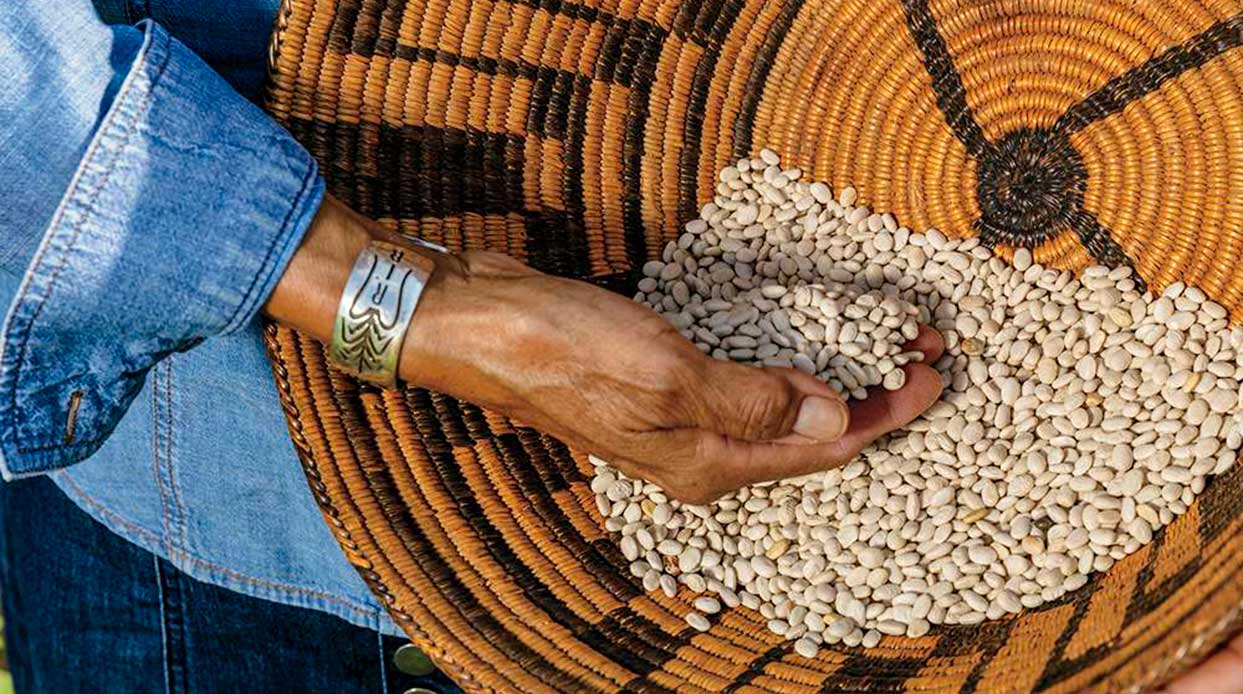 Farmer Ramona Button cradles a handful of white tepary beans, a native crop of the Southwest that had nearly gone extinct. The beans are rich in protein, magnesium and fiber.

Phoenix’s only grower of certified organic heirloom crops is making a difference in local nutrition.

On the Gila River Indian reservation east of downtown Sacaton lie 4,000 fertile acres that personify the heart of the Pima tribe and the spirit of the Southwest. This land, now known as Ramona Farms, had a modest beginning. On a 10-acre allotment he obtained in 1943, Francisco ‘Chiigo’ Smith, a Tohono O’dham farmer, grew traditional crops, including tepary beans, heirloom corn, chiles, wheat and alfalfa. Today, the farm—which spans 200 square miles—is owned by Smith’s daughter, Ramona Button, and her husband Terry. Its daily operations are helmed by the couple’s children and extended family.

Ramona Farms is the embodiment of a vision that Smith shared with his daughter when she was a child. “My father and I would climb a little mountain near our home,” says Ramona with a smile, recounting a story she has told many times. “Not much was here at that time. He pointed to the valley and asked me what I saw. All I could see was dirt, sticks and rocks. He said, ‘I see something far greater. It is green and lush all over this valley.’ I asked him who was going to make it that way, and he said, ‘You are, and you will meet someone who will help you do it.’ I thought he was crazy. But he was right.”

In 1974, following the death of her father, Ramona returned to Arizona from South Dakota, where she had studied advanced nursing. Her husband, Terry, a farmer, saw an opportunity to rejuvenate and expand the farm after years of drought and promote agriculture within the Indian community.

“Terry asked many questions about the indigenous foods we eat, and I told him about tepary beans, which have been grown in the Southwest since ancient times,” Ramona recalls. “These beans, which are an essential element of our diet, were in danger of becoming extinct. If something wasn’t done, no one would know about them; our children and grandchildren would not have that legacy.”

In an old trunk, the couple found a jar of tepary seeds that Ramona’s father had had the foresight to save. The couple resolved to bring back the traditional crops, reintroduce them—and their health benefits—to the reservation community and share their nutritional benefits throughout Arizona and beyond.

Ramona and Terry’s daughter, Velvet, who is Ramona Farm’s product specialist, observes that with the advent and availability of processed foods, a gradual but steady decline in the health of the reservation community occurred.

A flavorful base for hummus; naturally sweet—yet savory—with a creamy texture.

Chocolatey, rich and bold; a great side dish when lightly seasoned with salt and pepper and a dollop of sour cream.

Nutty and earthy with an aroma of summer rain; a great addition to soups, as a base for dips and spreads, and even as refried beans.

“Starting in the 1920s, there was a slow shift from eating foods from the earth that our people were growing and producing, to consuming things that are processed, bleached and packaged. As a community, we lost a lot of our traditional foods when the large grocery stores came in and transportation enabled accessibility. People could drive off the reservations and our mom-and-pop shops could not compete.”

According to the Centers for Disease Control and Prevention, Native Americans are prone to obesity, diabetes

Ramona and Terry Button made it their mission to dedicate a portion of their farm to growing native crops, such as tepary beans and heirloom corn, to positively impact the declining health of their reservation community.

and heart disease, and as a nurse, Ramona recognized that her people were in danger. She devoted herself to reversing this downward spiral when she saw its effect on her friends and neighbors.

“About 15 years ago, everyone thought that traditional Native American food was potato salad, red chile and fry bread popover,” Velvet says. “It tastes good, but it’s not what our ancestors ate. There was a concentrated effort by my mom to re-educate and encourage healthful eating. She started by going to the schools and preparing healthy snacks for the kids and talking to them about how she grew up. She’s a very engaging speaker. The children started asking their parents to buy and prepare native foods. That’s how we began to turn this around.”

Ramona and Terry’s daughter, Velvet, has an encyclopedic knowledge of the farm’s produce. “Natural and traditional foods, especially those that come from the desert, are packed with nutrients,” she says. Numerous members of the Button family play key roles in the farm’s day-to-day operation.

Ramona travels to area schools to educate children on healthy eating. “They are our future,” she says. “We must nurture them and teach them to appreciate the efforts of those who have gone before them.”

Today, Ramona Enterprises, a subsidiary of Ramona Farms, is Arizona’s sole grower of certified organic heirloom tepary beans, ancient grain wheat and heritage corn. Its products can be found online and at more than 30 retailers throughout the Valley, including local markets, the Farm at Agritopia in Gilbert and Western National Parks and Museums gift shops. Stores in California, New Mexico, Wisconsin and New York also carry the brand.

“It’s a beautiful thing to see coming into the mainstream, and it’s amazing to see that the health is changing dramatically in our community,” says Velvet. “People now care about what they put into their bodies and what they feed their children. It is important to us that school lunches are nutritious, and that our community elders, even the homebound, are fed well. We have 5K runs and sometimes don’t have enough t-shirts to go around because there are so many participants. Back when I was a kid you didn’t see anybody running.”

Ramona believes that as Americans we are experiencing a renaissance of healthier living and an awakening to what Mother Nature has told us all along: We are what we eat.

“Years ago, organic foods were not available like they are today. Now we can buy them everywhere,” says Ramona. “As Valley residents, we have been blessed with incredible bounty. These indigenous foods are gifts from the desert.” 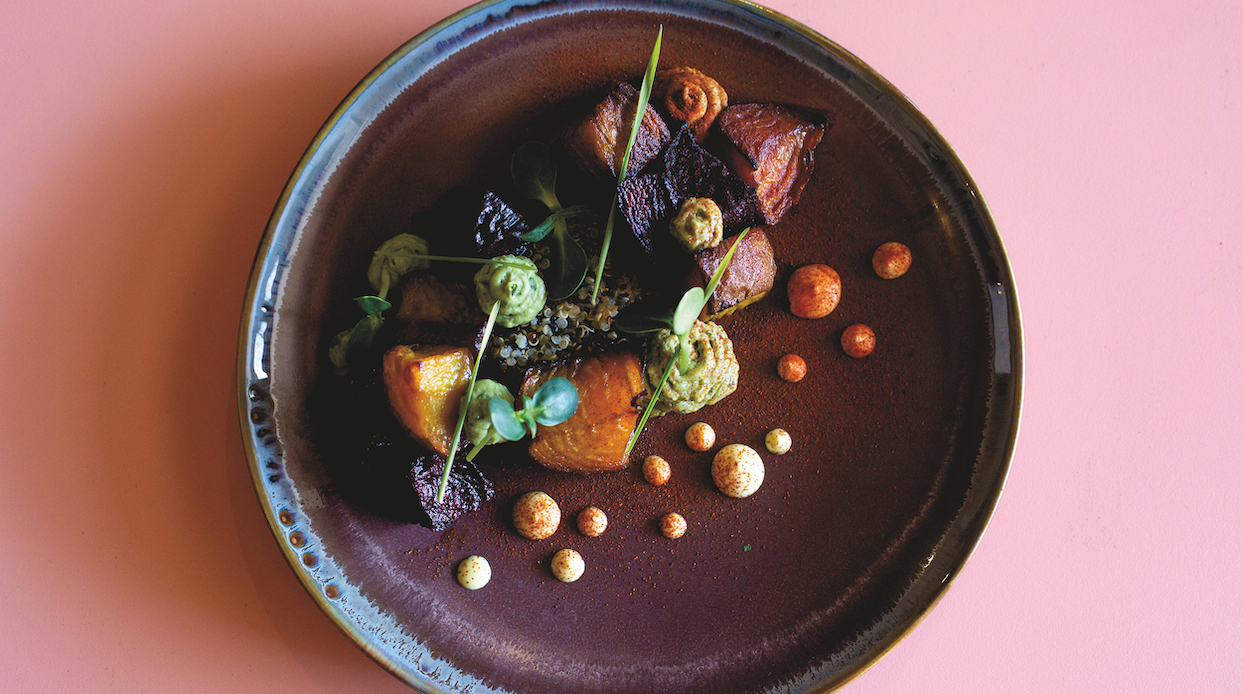 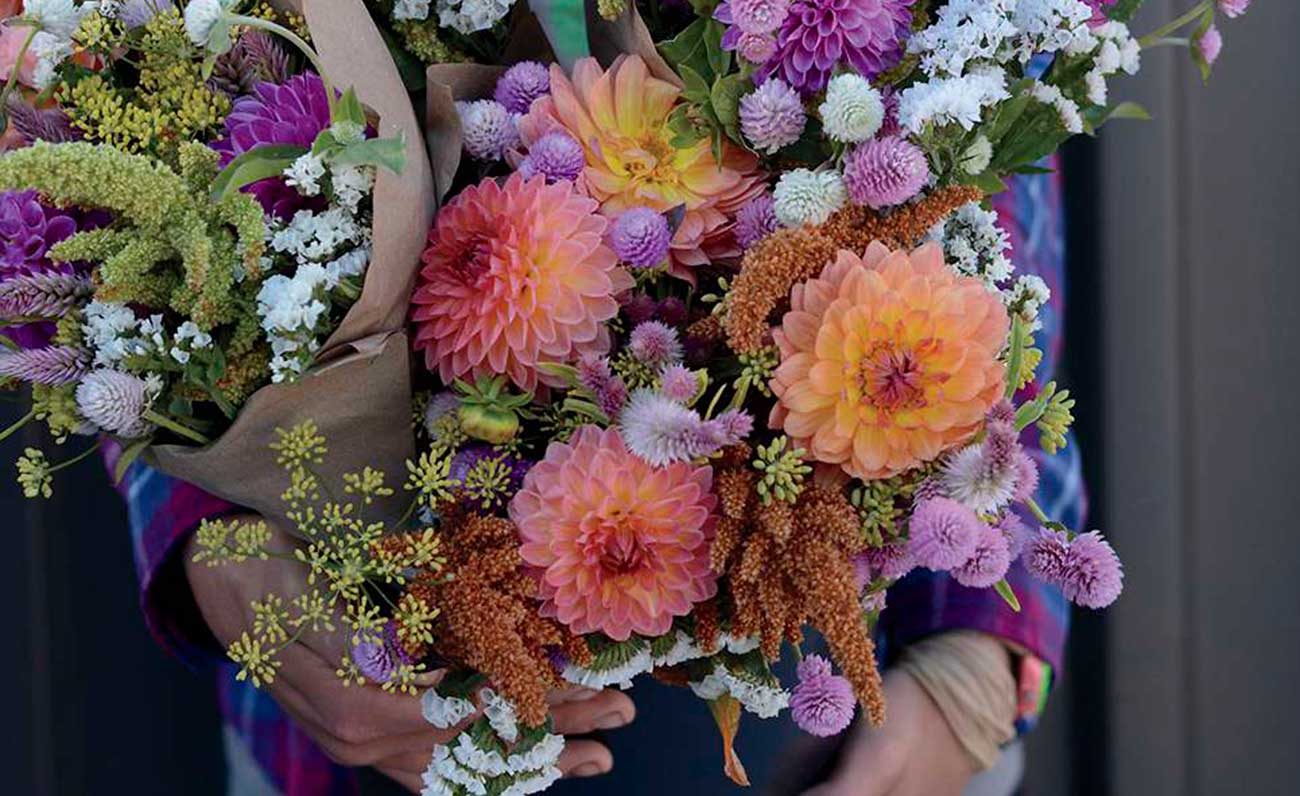 How the Slow Flowers Movement is Making Arizona Bloom 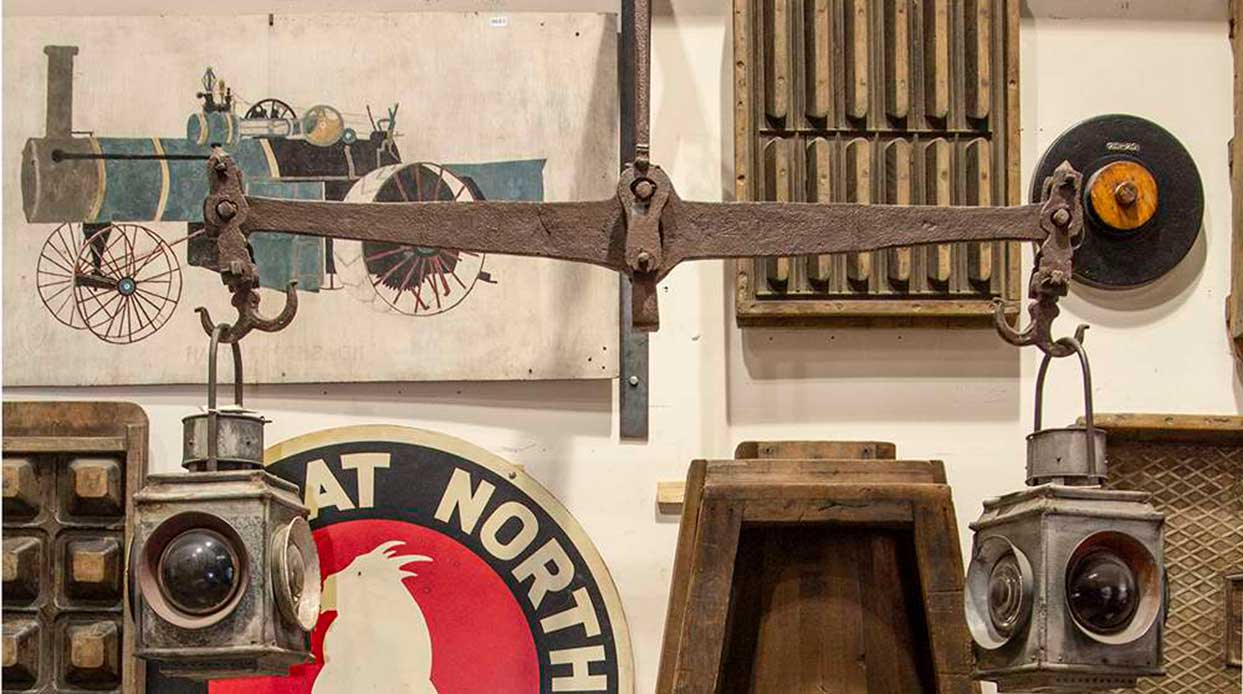 Raw Materials Give a Rugged Edge to Southwestern Homes