A Local Collector Shows Off His Hot Wheels

Awesome automobiles on display in the Valley.

A grouping of vintage Corvettes greets visitors at the Martin Auto Museum, which houses the personal collection of car enthusiast Mel Martin. From front to back are a 1961 convertible, a 1967 Stingray and a black 1978 coupe. The yellow car is a 1955 Ford Thunderbird.

Mel Martin has always loved automobiles. “I started working on cars when I was 12 years old,” he recalls. “My brother got a ’26 Chevy with a little four-cylinder motor when he was 16—but he wasn’t mechanically inclined. When it would break down, I’d fix it.”

As a teen in Mayer, just south of Prescott, Martin helped out at his dad’s Richfield gas station and later opened his own service and towing business. In 1955, he moved to South Phoenix and established another garage and auto body shop. Work flourished, and Martin expanded his reach into other industries, including car auctions and leasing commercial buildings. His success afforded him the ability to indulge in his passion for motorized machines.

“I began collecting a little bit of everything,” he says. “I had about 20 cars before I said to myself, ‘This is stupid. I should specialize in something.’” That something was Ford Mustangs. “They’re very unique cars. I felt like I knew them really well, and I could work on them.” At one point, Martin owned 105 ponies, from ’64½ models through ’67s, which he stored on a 10-acre property off Broadway. He sold off most of the collection when he moved to North Phoenix, but it wasn’t long before his garage once again started to fill up.

Today, Martin owns more than 120 vehicles. Not just a mere assemblage of supercharged engines and shiny chrome, the quirky collection focuses on autos that capture the eye and tell a story. For example, there’s a 1933 Buick Ser90 limousine once owned by the Netherlands’ Queen Wilhelmina. Befitting royalty, its passenger carriage is lined in sumptuous silk. A forest green 1952 Mercedes Phaeton was prominently featured in the farewell scene of 1960s sitcom “Hogan’s Heroes.” Another dark green vehicle, this one a bit more modern, holds the world record for the fastest front-wheel drive car. The 2000 Pontiac Bonneville “Salt Flats” custom V6 racer reached documented speeds of 204.31 miles per hour.

As his collection began to outgrow a 5,000-square-foot warehouse—“I had so many cars in there, I could hardly walk around,” he remarks—the self-described autophile came across a 20,000-square-foot building just off Interstate 17 north of Bell Road and moved about half of his vehicles into the space. In 2008, he opened the doors to the public under the moniker Martin Auto Museum.

The avid collector shows off his prized 1965 Shelby Cobra, which was once owned by the vehicle’s designer, Carroll Shelby. With only 6 original miles on the engine, it is one of the few automobiles in the museum that remains behind velvet ropes.

A row of candy-apple red Corvettes spanning the 1960s and ’70s greets visitors. “I love Corvettes. They’re fast and have a lot of horsepower,” Martin says, adding that he’s already pre-ordered a 2020 Stingray. A 1992 Lister model—one of only two in existence—sits near the entry, offering Martin easy accessibility whenever he feels the need for speed. “I drive it a lot,” he says with a smile. “I really enjoy it.”

In fact, all of the vehicles in Martin’s collection are streetworthy. “If they’re in here, they’re drivable,” he notes. Every couple of weeks, Martin and his team start each car and even take some out for a spin.

With such a unique mix of automobiles, the enthusiast has a hard time choosing a favorite. Three top his list: a 1930 Duesenberg Boattail, a 1965 Shelby Cobra and a 1930 Cadillac LaSalle Dual Cowl Phaeton.

Visitors to the museum can peek under the hood of the rare aluminum-bodied 1930 Duesenberg Boattail. It’s one of Martin’s favorite vehicles.

“It was the poor man’s hot rod,” says Martin about the 1963 Chevrolet Bel Air. “It has a lot of horsepower, but its narrow tires would often lead to crashes.”

The eye-catching red Duesenberg once belonged to notorious Prohibition-era gangster Jake “the Barber” Factor. An open hood panel offers viewers a glimpse into the bright green 320-cubic-inch engine with dual overhead camshafts. “Duesenberg was so far ahead in its engineering,” Martin explains, noting that the car was the first to feature hydraulic brakes and could reach speeds of 100 miles per hour. This vehicle was priced at $15,000 in 1930 (equivalent to more than $220,000 in today’s currency). A similar model recently sold at auction for $2 million.

The Cobra holds an equally impressive provenance. This muscular roadster, featuring a classic blue aluminum body with white racing stripes, was once part of the personal collection of its namesake, Carroll Shelby. The racing legend even autographed the dashboard after Martin purchased the car. With a 427-cubic-inch engine, the speedy sports car can go from 0 to 60 in less than three seconds and tops out at 164 miles per hour. Not that Martin would attempt this, of course. His prized auto has only 6 original miles on it. Next to it sits a red 1959 AC Bristol, the design of which Shelby based his Cobra on.

What he does take out regularly, however, is the LaSalle. Martin frequently can be found tooling around town in the four-door sedan. “I drove it twice in the Great Race (a cross-country vintage car rally)—one time from Marietta, Georgia, to Anaheim, California; the other from Houston to San Diego,” he says.

Although he has more cars than he could easily operate in a year—to do so, Martin would have to switch vehicles every three days—the aficionado shows no signs of slowing down. He’s currently in the market for a larger venue where he can organize his entire collection—and perhaps add a few more to the mix. “I really enjoy getting my hands on the engines and fixing them up,” he notes. “Sure, I could collect art, but I can’t work on that.”

When Martin purchased the curvaceous classic, Shelby autographed the dashboard.

January is car month in the Valley. The following six highly anticipated auctions offer the opportunity to view up-close some of the world’s rarest and most expensive vehicles, from vintage hot rods and muscle cars to exotic roadsters and even celebrity-owned machines. Don’t forget to bring your checkbook!

USA Today’s Best Attraction for Car Lovers returns to WestWorld of Scottsdale for its 49th year. A highlight of the 2020 auction is a collection of 21 vehicles owned by the late “The Fast and The Furious” star Paul Walker, ranging from 1960s wagons to modern-day race cars and pickup trucks, and even a selection of motorcycles. (barrett-jackson.com)

Specializing in antique, classic, sports and racing cars, this auction, held in Old Town Scottsdale, holds three of the Top 10 records for most expensive cars sold in the state. This year brings an assortment of midcentury Ferraris to the block. Also, don’t miss the pristine 1948 Tucker 48, originally billed as the “Car of Tomorrow.” (goodingco.com)

More than 800 cars will pass through this five-day event. With a new location at the intersection of Scottsdale Road and the Loop 101, the high-energy auction celebrates 20 years of its unique “in-the-round” format. Included this year are a Can Am racer, a 1919 Great Race participant and a 1956 Buick police car. (russoandsteele.com)

Offering a smaller—and sometimes more eccentric—collection of autos than the larger auctions, this one-day public sale returns for a ninth year to The Westin Kierland Resort & Spa. Choose from a 1967 Chevrolet Camaro Z/28 with a SCCA racing history or a 1995 Ferrari F512 M, one of only 75 made, among others. (bonhams.com)

Celebrating 21 years of classic automobiles, the annual event holds the record for the most expensive car in Arizona auction history: a 1937 Mercedes-Benz 540 K Special Roadster that sold for $9.9 million. This year’s selection spans decades, from a 1925 Duesenberg to a 2008 Bugatti. (rmsothebys.com) 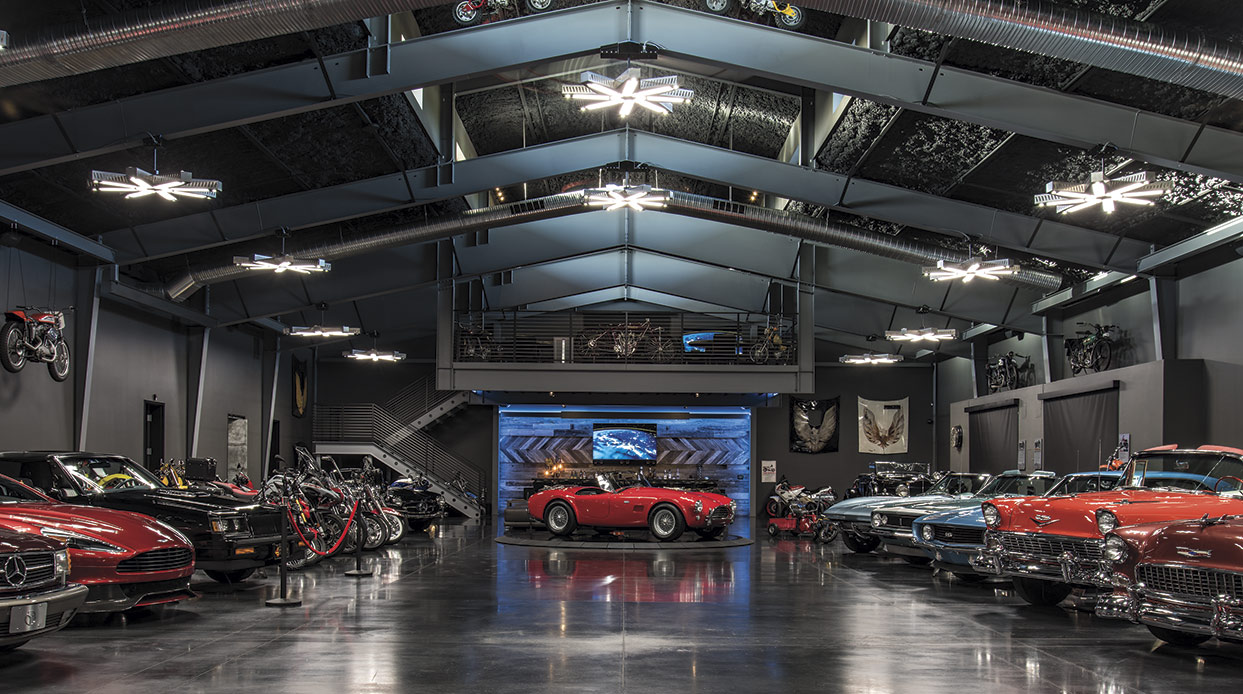 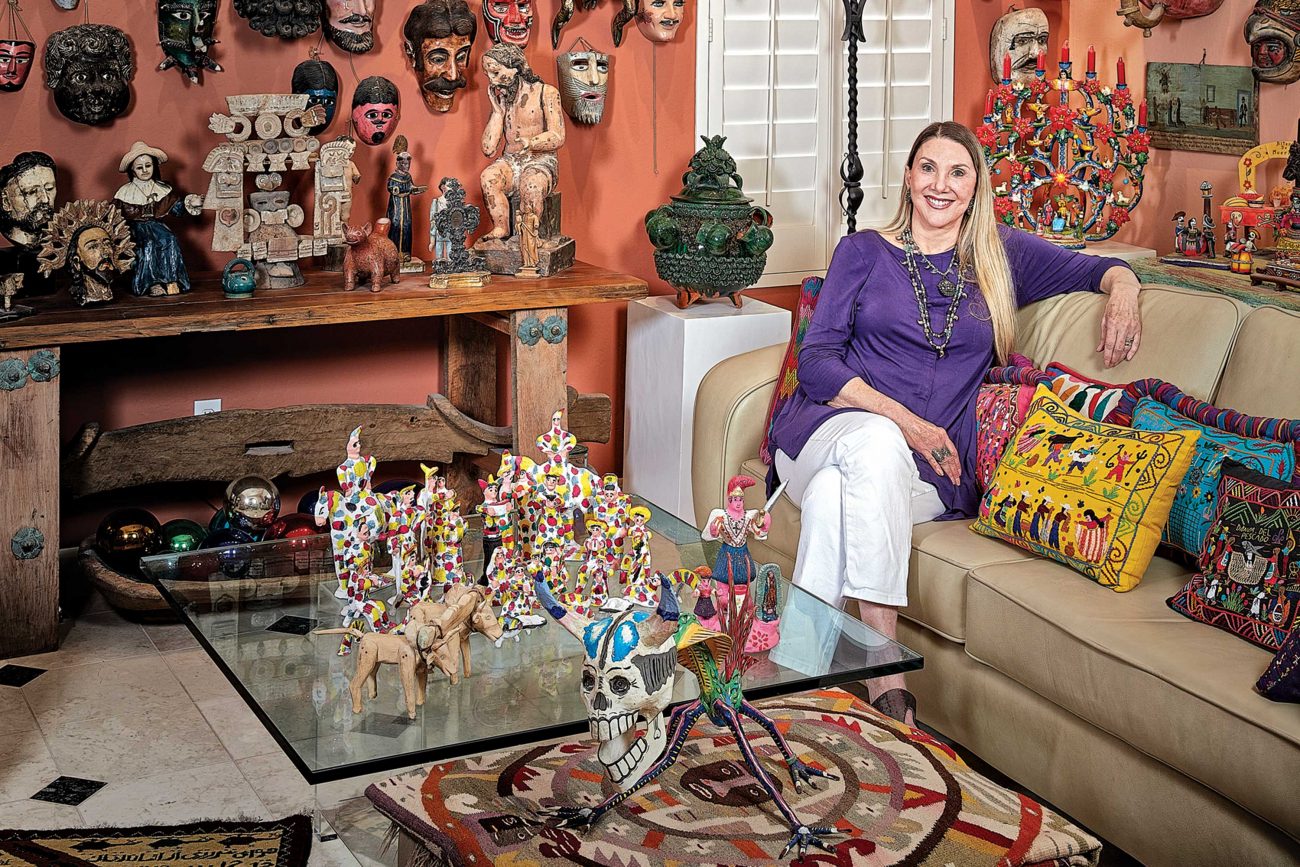 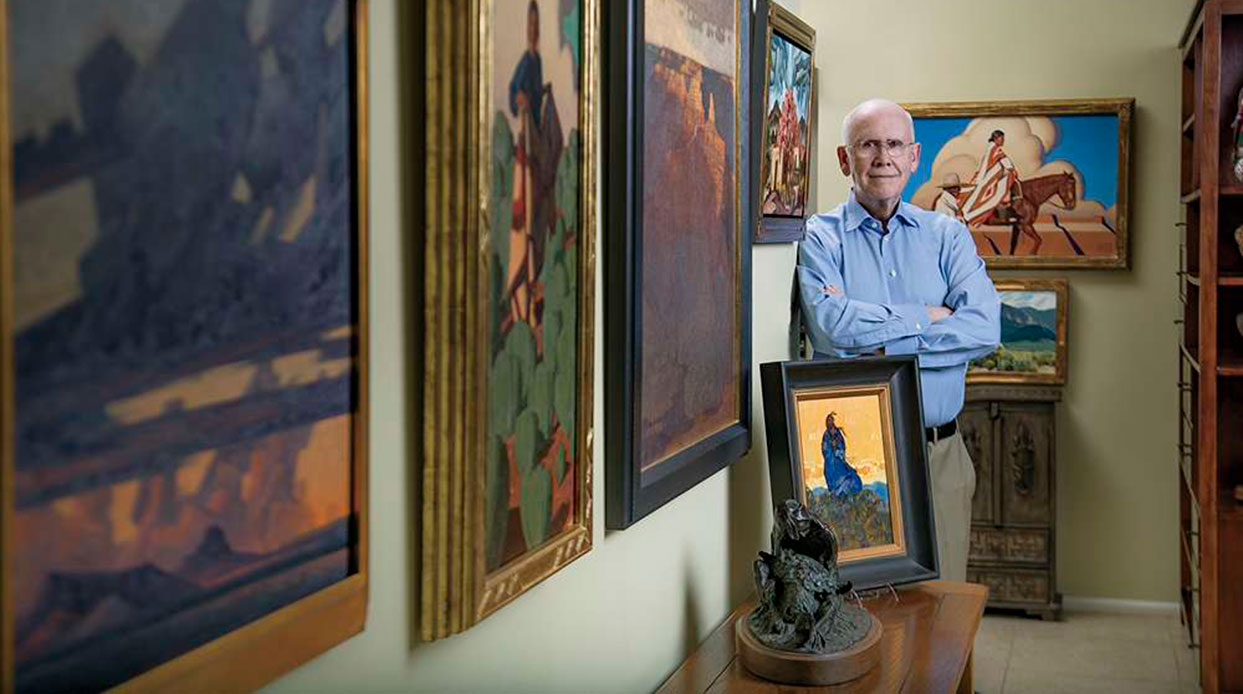 Visions of the West