With the help of a gifted landscape designer, two altruistic individuals continually improve an enchanting destination in their own backyard.

The yard behind Jane and Jason Barlow’s house in North Scottsdale is anything but “garden variety.”

As a matter of fact, many of the plant species on display originated outside of Arizona and some even made the journey from other continents. “People just stand here and marvel because they’ve never seen anything like it,” Jason proudly explains of the assemblage. The longer visitors stay to appreciate the surroundings, the happier the Barlows become.

When the couple met, Jason was working as a pilot and Jane as a physician. Today she serves as a board director and healthcare consultant and he, a retired lieutenant colonel from the United States Air Force, is the president/CEO of Habitat for Humanity Central Arizona. Jason has also served on the board of trustees for the Desert Botanical Garden since 2017.

Inspired by the DBG, especially its annual Dinner on the Desert event, the couple dreamed up a space where they could entertain large groups alfresco and enjoy the desert landscape. The Barlows also wanted a mature-looking garden without having to wait. Five years after starting the project, they are finally able to fully enjoy the nearly finished result. “We’ve moved 20 times in 30 years,” Jason says. “This is it. And we’re absolutely delighted.”

Nearly a decade ago they decided to purchase a nest in North Scottsdale and found their desert dream, a 5,400-square-foot home built in 1987, which sat on 1.5 acres and already had a pool, patio and ramada. “The whole house opens up to the backyard,” Jason explains. “You can look hundreds of feet out to the very back perimeter.” It also offered something landscape designer and Phoenix Home & Garden Masters of the Southwest award recipient Chad Norris described as a big canvas of dirt.

1. A Frank Lloyd Wright-inspired door serves as a portal to the Barlows’ extraordinary garden. 2. The trail splits to reveal two distinct seating areas, where a rambling river of stone helps corral rainwater. 3. Jason is especially proud of his Mexican giant cardons, otherwise known as elephant cactus, which have been known to grow 100 feet tall. 4. A variegated agave (left), Argentine giant and Yucca rostrata (right).

“One of our major goals was to remove the existing grass and create a more sustainable and environmentally friendly landscape,” Jason explains. “We went crazy with ideas.” Fortunately, the Barlows met Norris at a past Phoenix Home & Garden home tour and learned he has been in the landscape industry his entire life. “We instantly liked him and his work,” Jason recalls. “Chad has a really cool eye for placement. We call him the desert landscape whisperer.”

1. A shaded poolside table gives the Barlows a delightful view of their backyard masterpiece. 2. Seating areas, some with shade or fire elements, are found throughout the yard. 3. Native tree species, including a Texas ebony, mesquite and paloverde, were all either relocated or salvaged from sites around the city.

The trio decided their priority was to plant trees salvaged from different sites throughout the Valley, including an ancient mesquite with a 3-foot-in-diameter, 40-year-old, 86-foot-tall ironwood that Norris says had “a really gnarly, weathered trunk.” The Barlows also sought to hide the rooflines of distant, yet neighboring houses. “They wanted it to feel very private,” Norris says. To that end, he created a boulder outcropping and tucked a natural gas-fed fire pit with Adirondack chairs around it. His next mission was to lead the eye from the start to the end of the meandering path. To accomplish this, Norris used a variety of cacti to create focal points, ranging from golden barrels to Argentine giants. Jason sourced many of the more unusual finds at Desert Botanical Garden’s spring and fall plant sales (including one find that came bearing dog tags delineating its 1930s heritage).

Norris also took charge of the outdoor lighting design, ensuring the Barlows could enjoy garden views from inside their home after the sun sets. And he provided a few special areas designated exclusively for quiet moments alone. “I created a tiered basalt water column feature with a catch space below ground. It’s where they sit and read at night,” he says. Its soothing sounds can also be enjoyed throughout most of the yard.

There is more to this flourishing wonderland than its greenery, as the home boasts a pool with a seating area, flagstone patio and misters, and an in-ground spa. It also has a newly renovated and tiled outdoor ramada decorated with colorful Mexican tiles and designed to make guests comfortable in all weather conditions, thanks to heaters, ceiling fans and a gas fireplace.

After the yard was outfitted beyond expectations for crowds both large and small, the couple began welcoming family and friends from Minnesota and St. Louis to “Casa Barlow.” They have also begun to throw extraordinary parties—especially during the winter holiday season—with Jane cooking for guest lists that exceed 150. Aware of the magical effect it has, the couple has also offered use of their garden as a private event venue to be auctioned off at local charity functions.

“Jane and Jason created a destination garden in their own backyard,” Norris says. “It truly is a desert walk—like a museum—and it’s truly one of a kind. Jason found some things I had never seen before. They get to experience a desert lifestyle in ways other people don’t. Plus, every year it grows and evolves. I don’t know that it will ever be finished.” 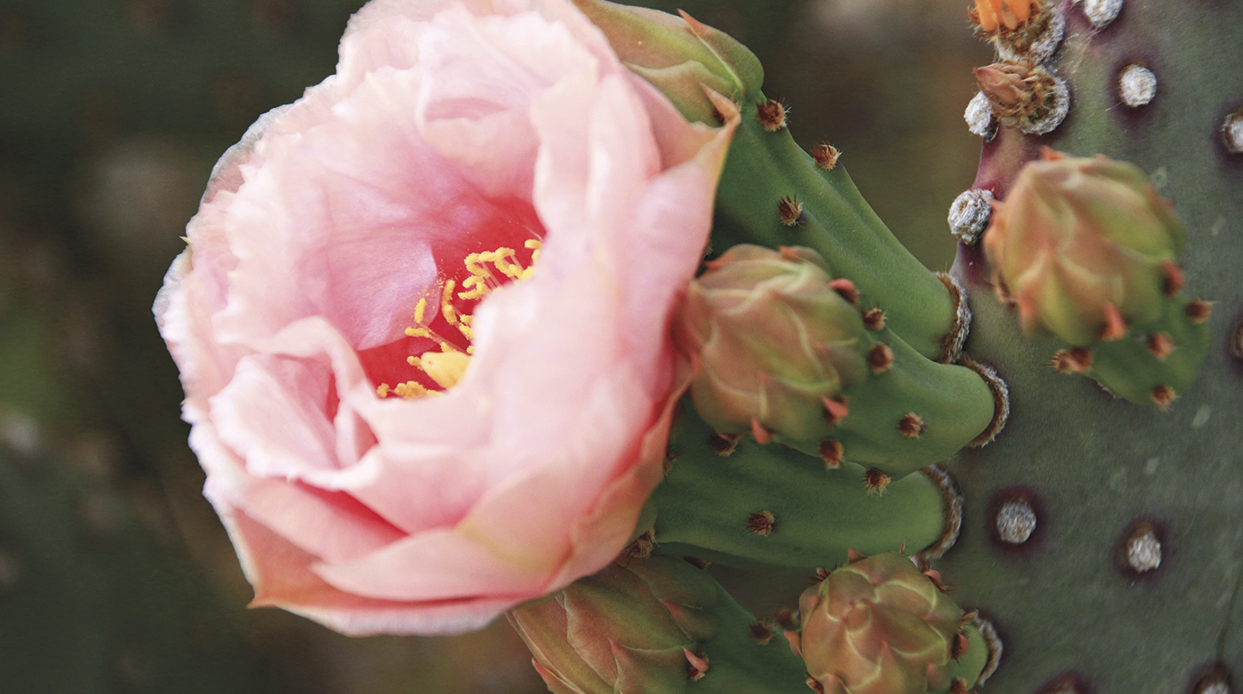 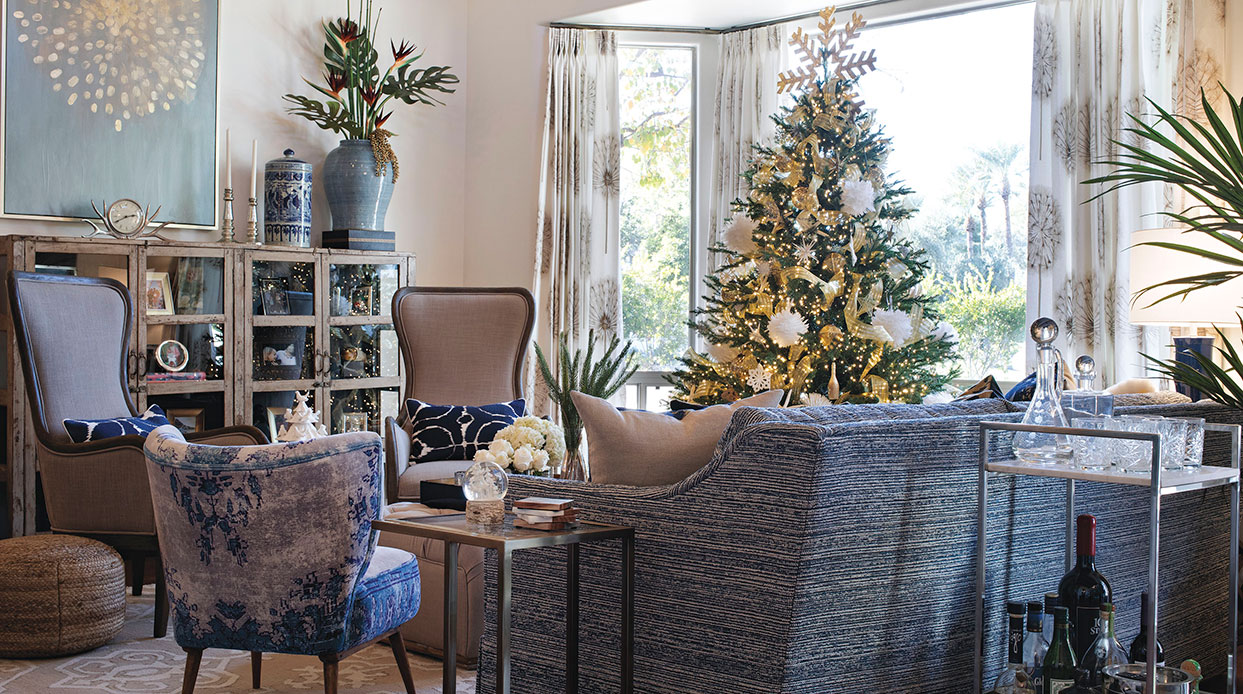