The Deadly Duality of Sacred Datura

Many toxic plants are equipped with a built-in early warning system—nature’s way of deterring predators through repelling properties of sight or touch. Prickly pear and cholla are armed with their signature needles, for example, while the crimson hue of mistletoe berries and opium poppies acts as a literal “red alert” to foes that might be seeking a tasty arboreal meal.

Not so for sacred datura, a night-blooming perennial native to the Southwest. Also known as moonflower, thornapple and Western jimsonweed, sacred datura (Datura wrightii) is the proverbial wolf in sheep’s clothing. Its velvety, silver-bellied green leaves and stout stems support a host of innocent-looking, pure white trumpet-shaped flowers with edges tinged in lavender. Yet every part of this plant, from its fleshy roots to the spiky seed pods that form after fall, is poisonous.

If ingested, sacred datura can induce panic, blurry vision, breathing problems or realistic auditory and visual hallucinations. The plant contains high amounts of alkaloid compounds such as atropine and scopolamine, notes landscape architect and Phoenix Home & Garden Masters of the Southwest award winner Donna Winters. “These substances are very poisonous and are used as ingredients in certain drugs,” she says. “It is best to keep pets and toddlers away from this plant. Horses are particularly vulnerable.”

Despite their toxic nature, the nine datura species have long been used for spiritual and medicinal purposes. At Pinwheel Cave in California, swirling crimson pictographs thought to represent datura blossoms are painted on the ceiling beside crevices containing chewing quids made from the plant’s seed pods. Liquid chromatography and mass spectrometry performed at the site supports the hypothesis that the hallucinogenic pods were consumed by the local Chumash people. Sacred datura’s sister plants, D. stramonium and D. innoxia, were utilized by ancient Aztecs as a sedative during initiation rituals and human sacrifices.

Datura wrightii’s nickname “jimsonweed” is believed to be a contraction of Jamestown (Virginia), where early soldiers are described as having “turn’d natural Fools…for several days” after consuming datura leaves during a meal. “Ingestion can cause severe hallucinations and lead to death,” Winters explains. “The plant impacts senses such as sight and hearing. It causes dizziness and throws equilibrium off balance.”

Their duality of innocence and danger made datura flowers a favorite subject of famed painter Georgia O’Keeffe while she was living in New Mexico.

Their duality of innocence and danger made datura flowers a favorite subject of famed painter Georgia O’Keeffe while she was living in New Mexico. One such painting originally owned by O’Keeffe’s sister, Anita, hung for several years in the White House before selling at auction in 2014 for a record $44 million.

In Arizona, sacred datura can often be spotted in washes or along the sandy roadside. “During recent excessive rains, we saw a proliferation of plants growing from seed,” says Winters. For those looking to cultivate the plant as part of a native garden, it’s easier than you might think. Datura can be grown from seeds or cuttings, according to Winters. “For care, pruning should occur in spring where the main trunk forms the first ‘Y.’ Prune back any older branches to encourage branching,” she advises.

Why would a modern gardener cultivate such a noxious plant? There are a multitude of solid reasons beyond its hallucinogenic properties. Datura wrightii is hearty and fast-growing, offers attractive blooms that open when other flowers have tucked in for the night, and is resistant to most pests, save for the occasional sphinx moth or beetle. It’s also drought-tolerant, making it an excellent ornamental for a xeriscape garden. However, if you do choose to plant sacred datura at home, it’s wise to treat it like a museum specimen: properly labeled, rarely handled without gloves and best viewed safely from a distance. 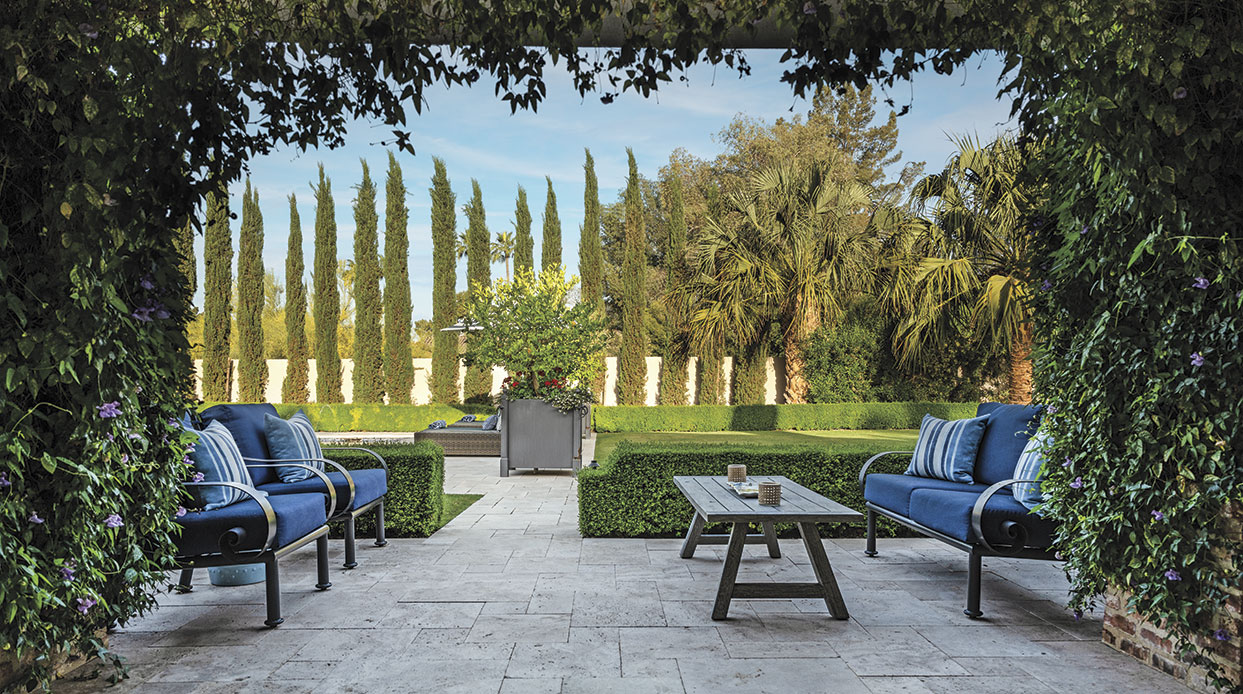