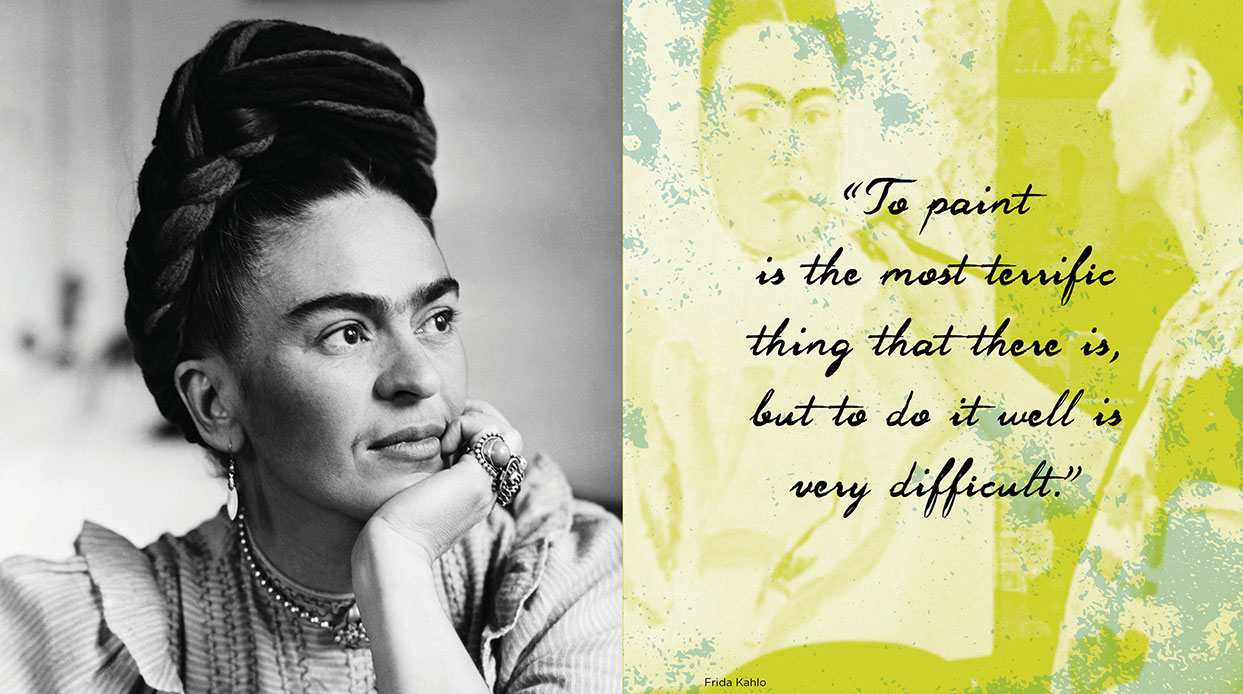 “She lived her passion. She spoke her truth. She wasn’t afraid to go after the one thing she wanted most in life: love,” explains Phoenix-based artist, entrepreneur and author Kathy Cano-Murillo on why Mexican icon Frida Kahlo remains one of the most enduring figures in contemporary culture. “She could not contain her artfulness: It showed up in her gardening, the way she’d present food on a table, how she’d arrange her jewelry or the flowers in her hair. Frida had the ability to see so much depth in everything, and that’s what makes her magical.”

Hundreds of works have been written about Kahlo’s life and legacy that paint a picture of a fiercely talented woman breaking artistic and societal norms during her lifetime throughout the early- and mid-20th century. This year, Cano-Murillo published a different kind of book about the artist that captures the essence of its subject as well as its author.

“Initially I had impostor syndrome,” explains Cano-Murillo about the process of writing “Forever Frida” (Adams Media). “I mean, what could I contribute that hadn’t already been said? But then I had to stop myself and accept that this opportunity came to me for a reason, and I needed to find out what I had to offer.” The author threw herself into research, immediately booking a trip to Mexico City to explore Kahlo’s favorite haunts.

“It was her energy and spirit that inspired me to make this book different than the rest. I decided that each spread would be a standalone entry—that way, you could open to any page and discover something new about Frida,” she says. Kahlo’s artwork, diary entries, quotes and photographs fill the pages, with copious decorative flourishes and vibrant colors paying homage to her artistic style.

Like Kahlo, Cano-Murillo is an artist whose creativity and talents spill out past the confines of a canvas. In 2004, Cano-Murillo formed The Phoenix Fridas, a group of local Latina creatives who, as she explains, “get together to craft, tell stories about Frida and share our artistic successes, challenges and joys with each other.” What started as a small collective has blossomed into a pillar of the Valley’s art community, as Cano-Murillo and The Phoenix Fridas now host pop-up shops, workshops and an annual birthday bash for Kahlo that draws hundreds of guests.

For the last 20 years, the Arizona native and self-described “maker” has also been the force behind Crafty Chica, a website dedicated to colorful, eclectic DIY projects that has since grown into a small empire that includes speaking engagements, book deals and multiple product lines.

On top of it all, the entrepreneur founded Mucho Más in 2017, a Latino-centric art studio and boutique in Phoenix that she and her husband, Patrick Murillo, co-own with fellow artist and Phoenix Frida member Emily Costello.

While Kahlo is undoubtedly a major inspiration in her creative endeavors, Cano-Murillo is careful not to overindulge her influence. “I don’t want to copy Frida,” she says. “The most

1. “Forever Frida” is Cano-Murillo’s tenth book, and features quotes, photos, diary entries and works by Kahlo. 2. A colorful, shimmering portrayal of Kahlo is on display at Mucho Más.

important thing is for each of us to be our own unique artist. I think she would want us to strive to be innovative and deep. To respect and celebrate each other’s work. To make our own mark. If we can do that, we will be stronger as a community.”

The flower-crowned, unibrowed pop cultural icon pops up all over town.

Located in The Churchill in downtown Phoenix, Cosas is a little burst of south-of-the-border style in the city. Owner Julie Oberholtzer lived for four years in Guadalajara, Mexico, and her boutique is a colorful display of fair-trade artisan textiles, totes and trinkets handpicked from various regions of Mexico. You may even spot a few Frida-inspired items. “Kahlo’s devotion to her craft, her fierce intellect and her plight to live her life out loud, free from conformity and rich in honesty, continue to inspire me as small-business owner,”says Oberholtzer. Purchases help support several social service projects in Mexico.

Locally based artist and native of Sonora, Mexico, Gennaro Garcia has a special connection to Kahlo. “In 2009, when my wife was pregnant with our daughter, I had the honor of meeting the Noyola family in San Miguel de Allende,” he explains. “They own an amazing collection of Kahlo’s original works and possessions, and they let me read her love letters and hold her paintings in my hands. That was when I fell in love with everything about her. Because of that collection, my daughter’s name is Frida, and my life as an artist changed forever.” Kahlo’s likeness can be found on Garcia’s new line of authentic Talavera pottery made in Puebla, Mexico in collaboration with Uriarte Talavera.

In 1939, Frida Kahlo was commissioned by Vogue magazine’s then-editor Clare Boothe Luce to paint a commemorative portrait of their mutual friend and socialite, Dorothy Hale, who had tragically leapt from a skyscraper window to her death the year before. What Kahlo painted, however, was a gruesome narrative showing each stage of Hale’s descent, culminating in a bloody scene at the bottom of the canvas. Luce reportedly was so offended by the painting that she nearly destroyed it. In 1960, it was anonymously donated to Phoenix Art Museum. “The Suicide of Dorothy Hale” is Arizona’s only publicly offered Kahlo work and, while it is often on loan to worldwide exhibitions, the painting is currently on display in the museum’s Latin American gallery. (phxart.com) 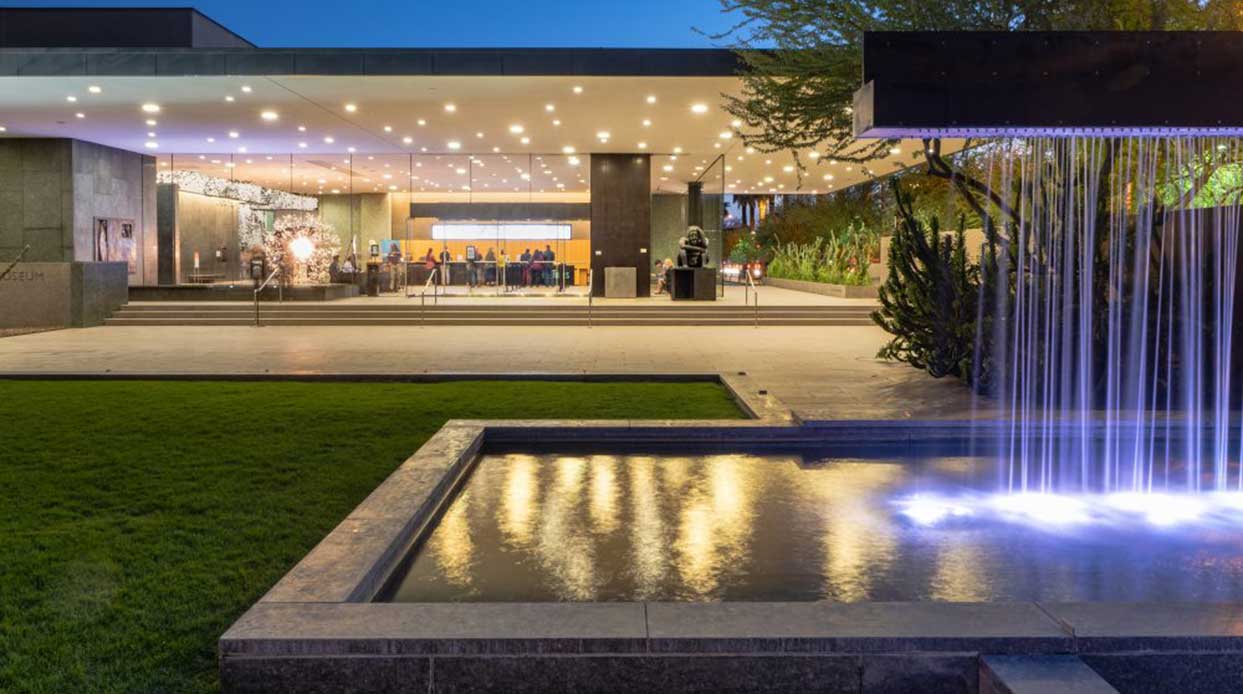 Where to go in Phoenix for Art Galleries & Museums 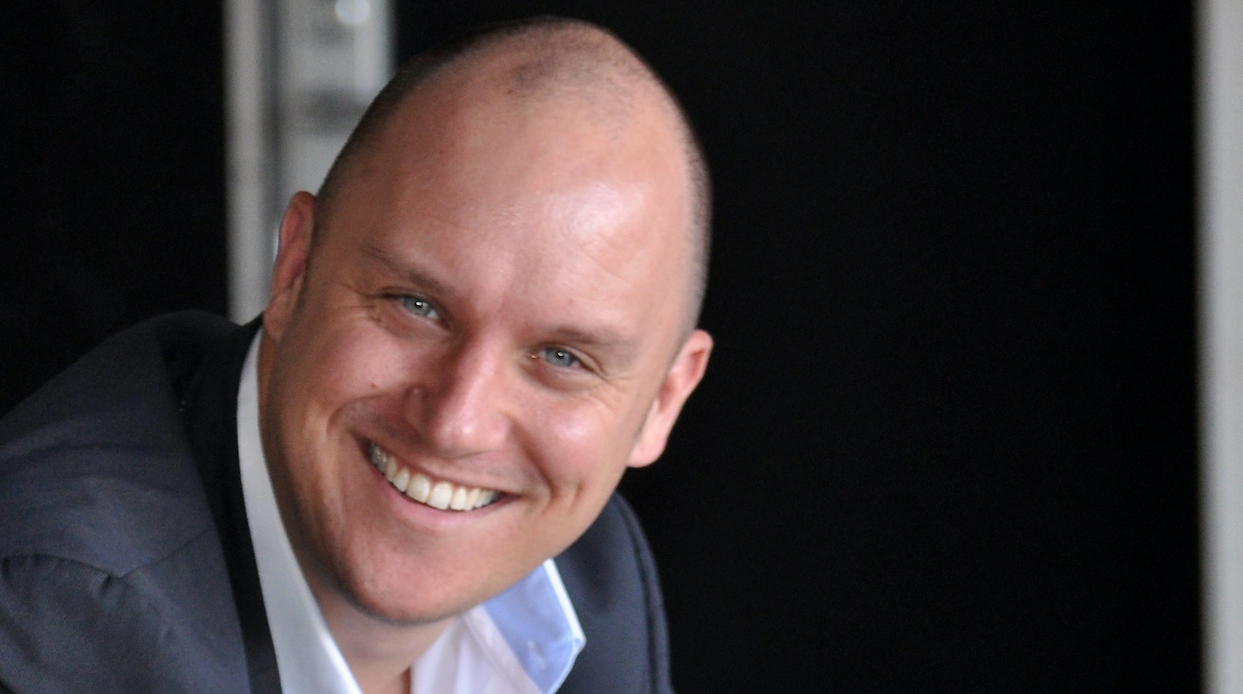 A Conversation With Jeremy Mikolajczak, the New CEO of Phoenix Art Museum 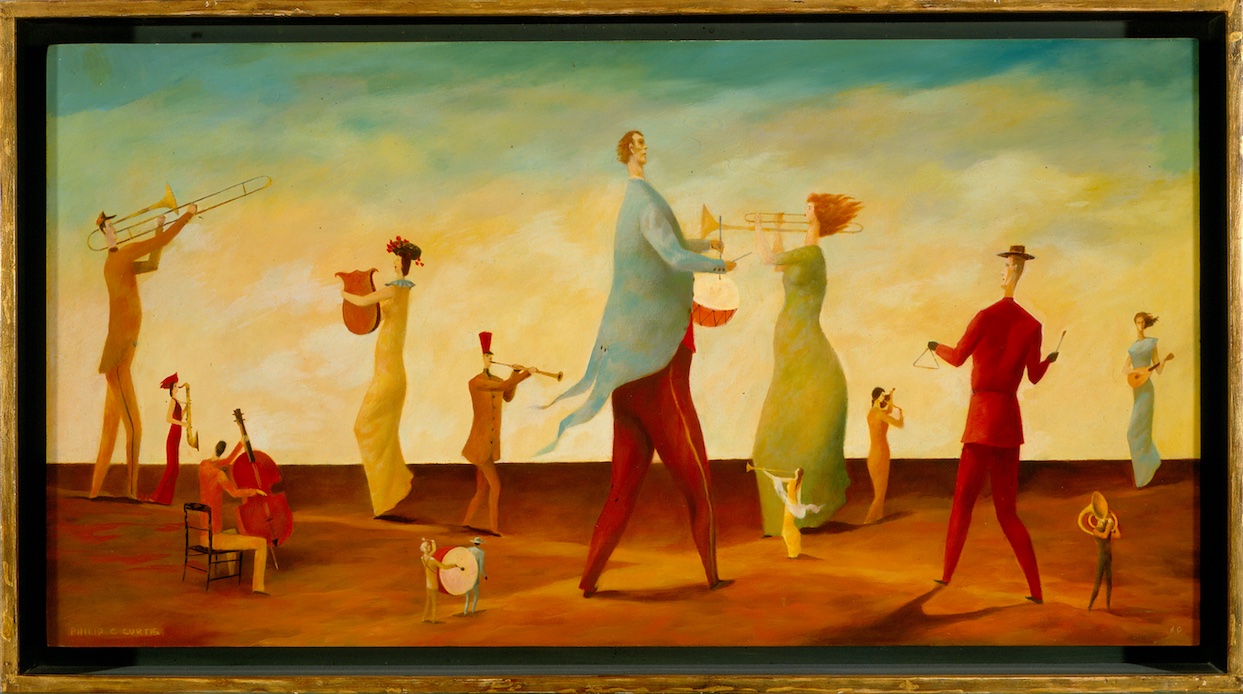