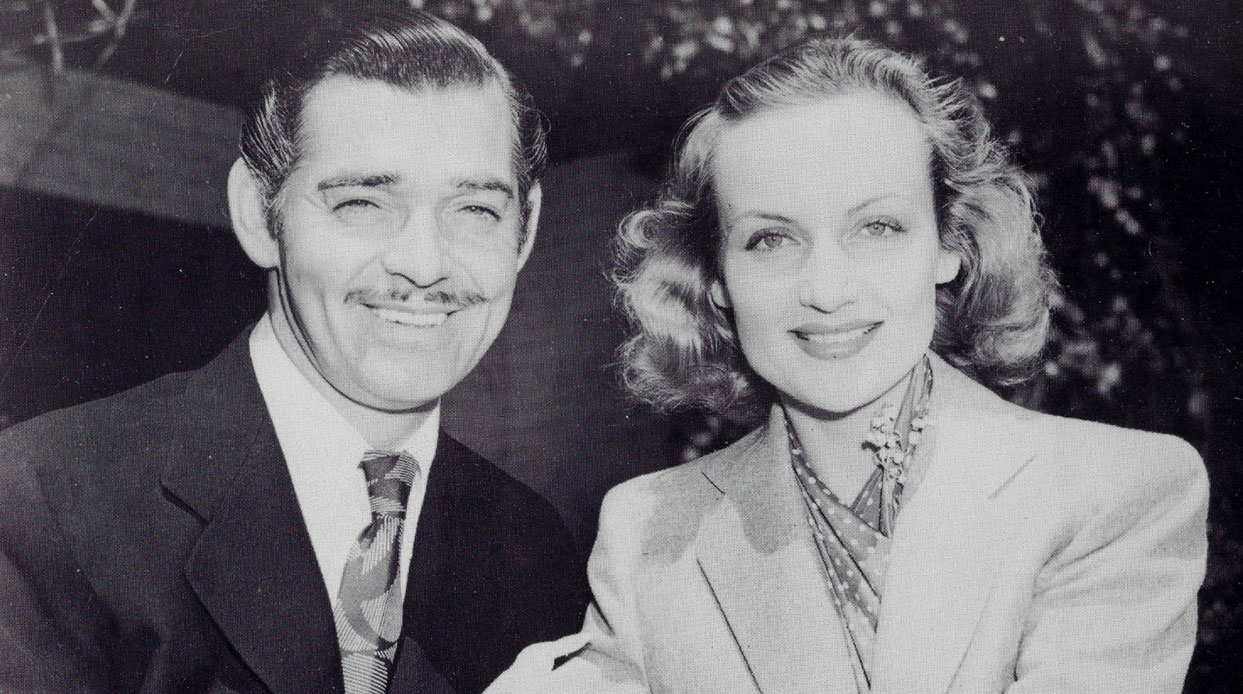 This odd city, about 165 miles northwest of Phoenix, is known for some unusual things. While most of us recognize it as the only legitimate stop for some fast food and gas on the way to Vegas, we had heard of its fame for being the last home of Timothy McVeigh before the horrific Oklahoma City bombing and a highly publicized UFO crash that allegedly occurred here on May 20, 1953 at 111 N. Fourth St.

We decided to detour and check out the crash site. It was disappointing, with no historic marker, some dilapidated buildings and a dated Wells Fargo Bank. Not all was lost because we discovered a great little Mexican Restaurant, El Palacio, nearby. It’s become a regular stop on our way through town, and has been a frequent winner at our Arizona Taco Festival.

It was there that we googled Kingman only to discover that Clark Gable eloped here when he married Carole Lombard in March of 1939 at the St. John’s Methodist Episcopal Church on the corner of Spring and Fifth Streets.

After another margarita and some deep-fried ice cream, we made our way up a slight hill to take a peek inside this historic church. After opening the door, we were surprised to encounter several men in handcuffs and orange jumpsuits. Over the years, the church has become the Public Defender’s Office.

As legend would have it, Mr. Gable and his wife drove an hour down the road to one of Clark’s favorite gambling spots, the Drulin Hotel in Oatman. Now called the Oatman Hotel, the hotel isn’t a hotel at all, but features a restaurant, bar, museum and gift shop. Once inside, you can visit the famed honeymoon suite of Gable and Lombard, Room 15. You can admire the rather drab depression decor through a plexiglass window.

But not so fast. Controversy looms. The hotel claimed on its propaganda materials and a vintage postcard that the couple honeymooned here on March 18, 1939. News reports from the Kingman newspaper said the couple were married on March 28. They married during a break while Gable was filming Gone with the Wind, and returned to Hollywood the following day to appear at an early morning press conference.

However, there is little doubt that Gable was a frequent visitor to the Oatman Hotel. He used to escape the notoriety of Los Angeles to this desert outpost which was a gold rush sensation in the early 1900s. He enjoyed playing poker with the miners. It is rumored that hotel employees have heard whispers and laughter coming from the empty Room 15. Apparently, Clark and Carole never wanted to leave. And haven’t to this day.

This is where the story shifts to Phoenix. Another hotel claims that the couple honeymooned there, at the Arizona Biltmore. They are said to have held their wedding reception in its infamous Gold Room, and while honeymooning, Clark Gable lost his wedding ring out on the golf course. Groundskeepers with eagle eyes found the ring, and were handsomely rewarded for its return.

Gable was a frequent guest at the Biltmore. The Men’s Smoking Room was a speakeasy and gambling joint with a bookcase that concealed a secret bar during the days of prohibition. A lighted beacon still remains on the property that was used to keep a

The Men’s Smoking Room at the Arizona Biltmore

lookout for police raids. Clark’s favorite room, Room 1201, was located next door to the lounge, with a secret passageway that led to his room. That room is now used for meetings and conventions.

The Biltmore wasn’t the only place where Clark Gable was known to frequent in the Valley. Like many Hollywood refugees, he would roam the halls of the midcentury Hotel Valley Ho in Scottsdale. El Chorro in Paradise Valley was another one of his favorites. Or, he also was known to stay in Room 412 of downtown Phoenix’s Hotel San Carlos, where a gold star in the sidewalk commemorates his notariety there. From a chair in the fourth floor corner room, it is said that Gable would look out at Central and Monroe and people watch, observing their mannerisms to help him hone his craft.

Tucson also can lay claim to a loyal glance from Clark Gable. While inconclusive, he is said to have owned a five bedroom,

two story adobe-style house at 2324 North Madelyn Circle. It wasn’t the desert scenery that kept him coming back to Tucson. After a night of drinking, he totaled his 1950 Cadillac when he made an illegal pass and hit motorist Mary Lemme. While he paid his $25 traffic ticket, he returned regularly for nine years when Lemme sued him for $40,000. When he died, there was still no resolution to the lawsuit.

What was it about Arizona that captured the soul of Clark Gable? Was it just that Arizona was a quick hop from the fast-paced L.A. life? I think not. This King of Hollywood not only had a twinkle in his eye, but also desert in his blood. 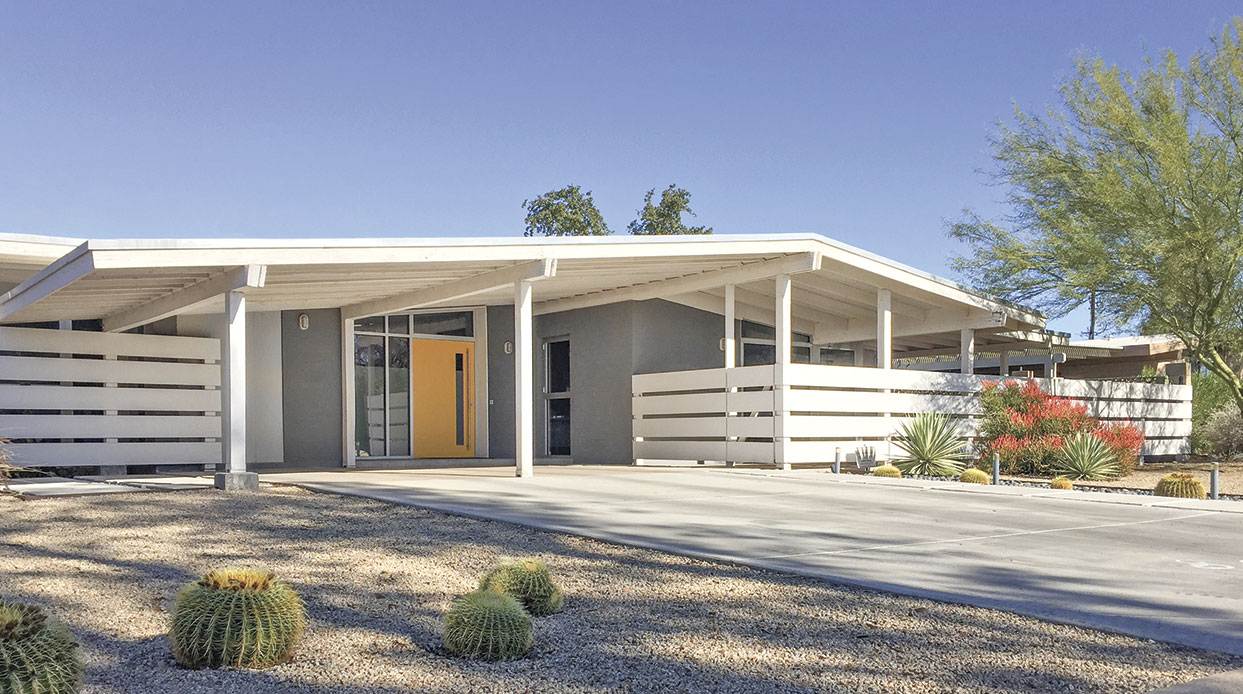 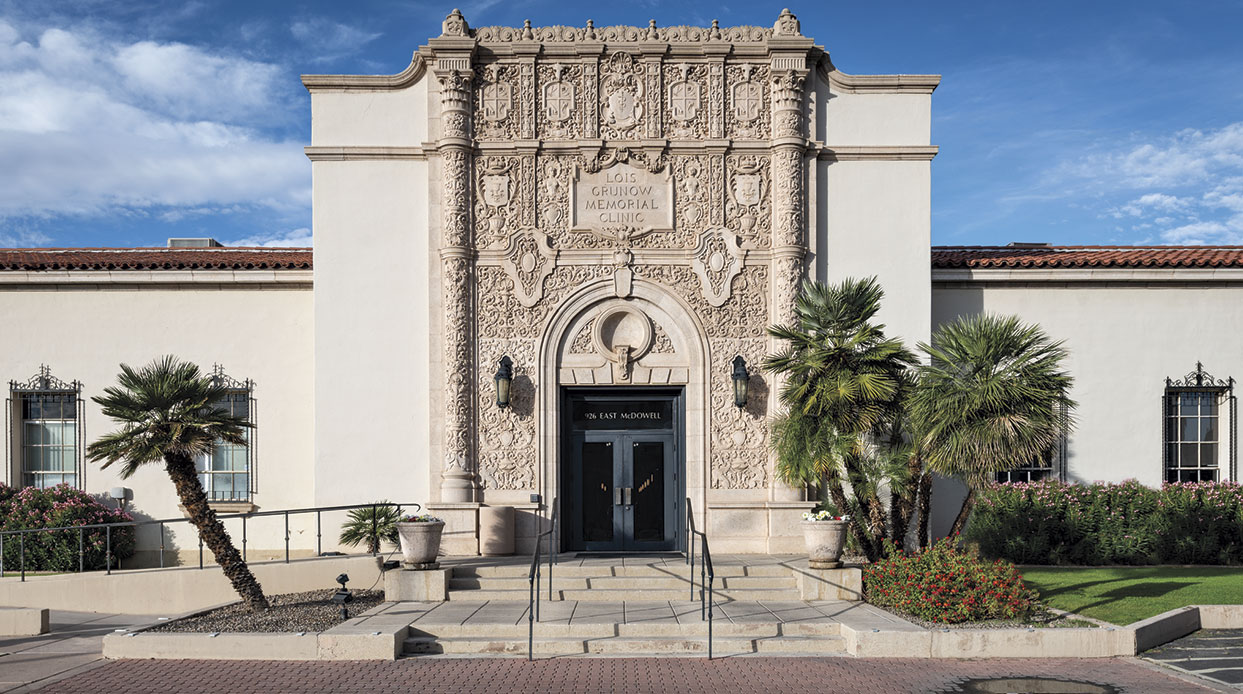 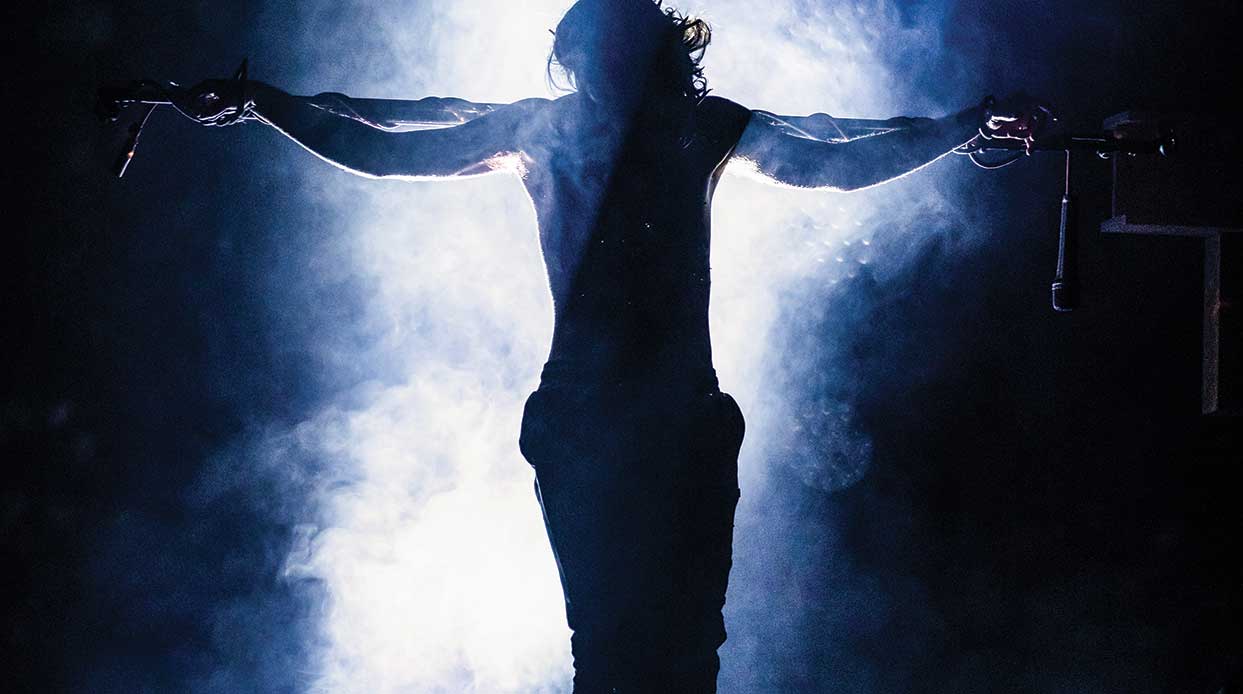