This Decked-Out Guest House is Perfect for Parties

Teen boys and football parties spur the design of a backyard entertainment oasis.

An Arcadia couple is known among friends and family for the huge Super Bowl parties they host each year.

They’re also parents to four active teen boys who have lots of friends, all of whom constantly hang out in a group. Wanting a place for get-togethers and youthful socializing, the family set their sights on a 1980s-era guest house in their backyard, which had the potential to be transformed into an appealing gathering space that could withstand plenty of use. To help them achieve their vision, they turned to the design team that had previously renovated their main home.

“The property dates to the 1950s,” says builder Mike Murphy. “My wife’s best friend grew up in this house, and she thinks that, originally, the guest casita was literally a barn for horses—which is why we all started referring to this project as ‘the barn.’”

Initially, Murphy explains, there was discussion of remodeling the old building, but the amount of work that needed to be done instead spurred a demolition and an expansion of several hundred square feet. Architect CP Drewett drew up plans for a 1,460-square-foot structure that included two bedrooms with en suite bathrooms and a pavilionlike party room with a kitchenette and bar, which opens onto the adjacent pool patio and garden behind the main house.

“We sketched out the concept for the structure on a napkin,” recalls Drewett, who has known the family for 20 years and designed a former home for them in the same neighborhood. “We wanted the guest house to look like a modern barn, with simple, beautiful forms that were inspired by rural agricultural buildings.” The structure features shed roof forms, a standing-seam metal roof and bi-folding French doors that seamlessly link the party room to the outdoors. Drewett also added a row of dormer-style windows above the French doors and a wood header that adds a rustic frame to the opening. When it came to choosing the color for the exterior walls, the architect suggested a deep charcoal hue. “The shade serves as a contrast to the main house, the pool ramada, garage and other structures on the property, which are all white,” he explains.

For the indoor spaces, interior designer Kerrie Schmidt suggested a light, bright background and emphasized products that could withstand rugged use. “I used materials that look better with wear and tear,” she says. “I knew that there would be a lot of kids in here as well as plenty of people during parties. It’s not a place where you have to use coasters.”

Schmidt specified durable ceramic tile flooring that has the softly worn look of reclaimed wood and chose crisp shiplap cladding for the walls, reiterating the design’s rural theme. A series of black steel industrial-style lights hangs from the party room’s beamed ceiling, adding pattern and contrast to the surrounding white surfaces. Custom cabinetry clad in shiplap visually disappears into the wall beneath the room’s three TVs, while the reclaimed wood bookshelves that flank the fireplace do double duty hiding entertaining necessities, such as wine coolers and trash bins. Schmidt also found a porcelain material that looks like a slab of live-edge wood for the bar’s pass-through window. “It can withstand the Arizona elements,” she explains. “It won’t warp or need refinishing.”

Furnishings were kept simple—and to a minimum. “Since this was going to be used for parties, we didn’t want a lot of clutter,” Schmidt points out. A large custom sectional, with sturdy denim upholstery, anchors the party room and is deep enough for sleepovers. Concrete coffee tables are tough enough to withstand the forgotten soda and snack, and signal that it’s okay to put your feet up. A pool table offers a diversion from watching sports on the TV.

Once completed, the barn became the hub of the property. “There are some buildings you design that clients live in and adapt to,” Drewett remarks. “Here, the barn works exactly how the family wanted it to work. On weekends, there are maybe 10 or 15 kids hanging out in the party room and in the pool. There’s music playing and everything is wide open.”

The barn’s two bedrooms have also become multipurpose spaces, housing at one time or another arcade games, exercise equipment and actual beds.
And that Super Bowl party? Murphy, Drewett and Schmidt have all been invited. “It’s the event of the year,” says Schmidt, “with hundreds of guests. I wouldn’t miss it.” Adds Drewett with a laugh, “This is such a fun family, so the party is a great one—even though we might end up trash talking each other’s teams.” 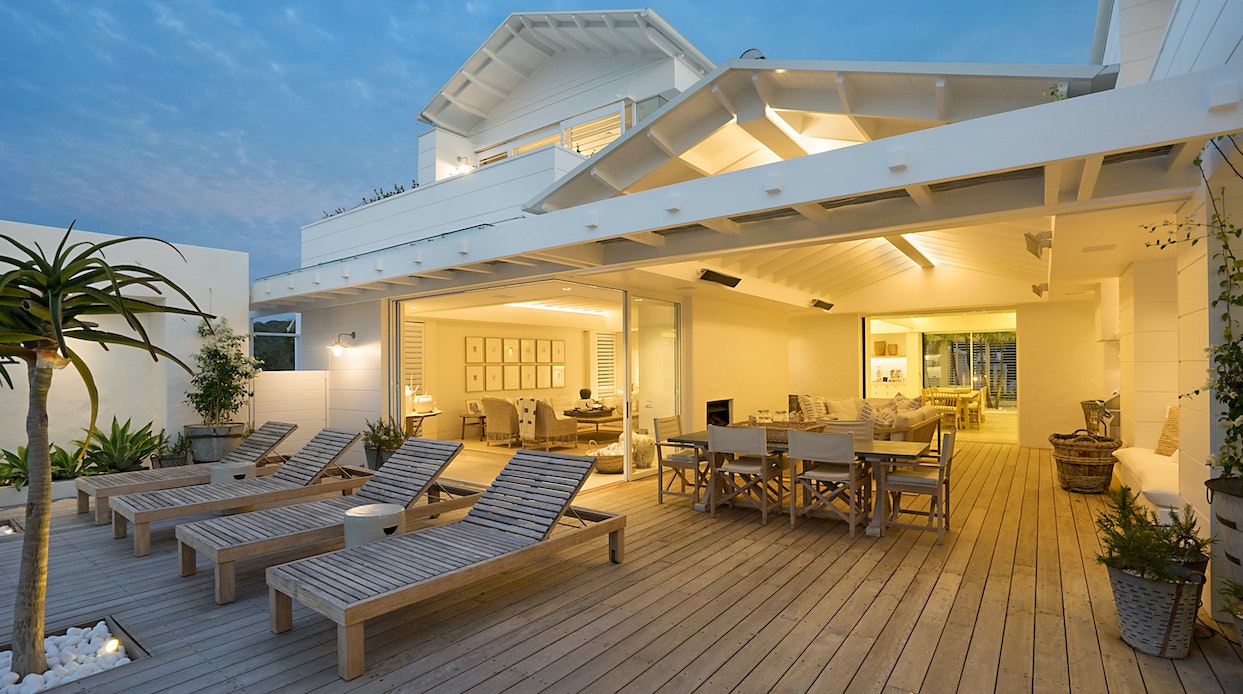 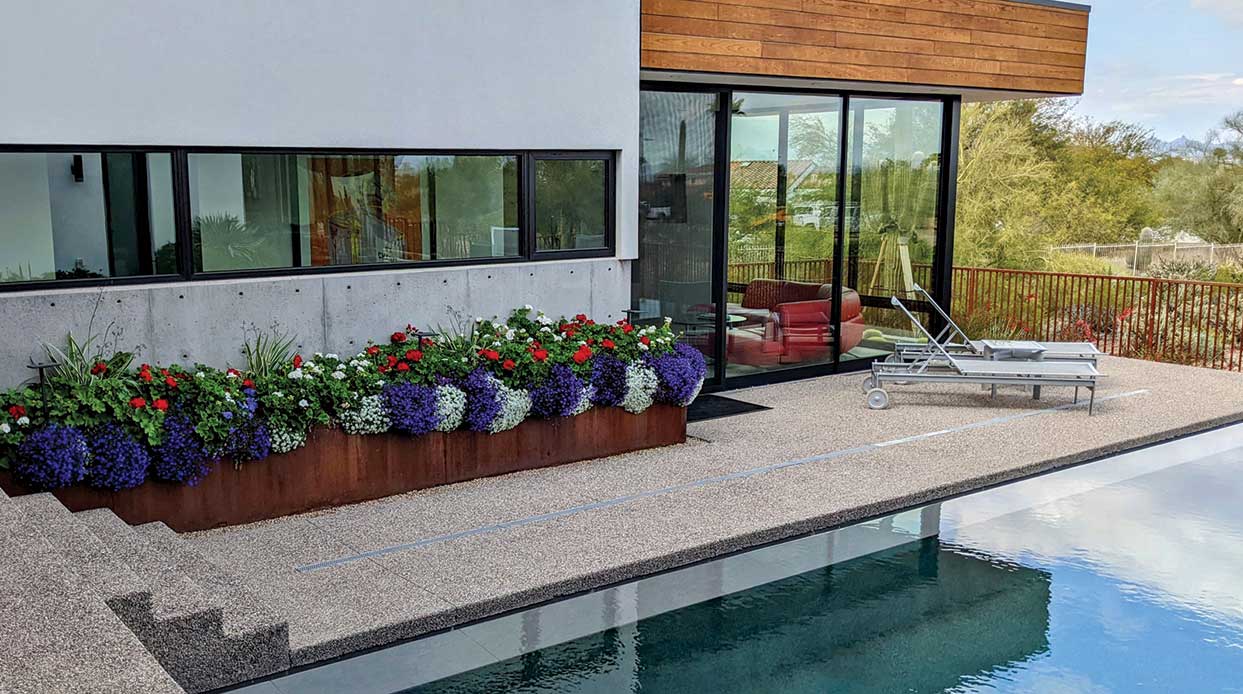 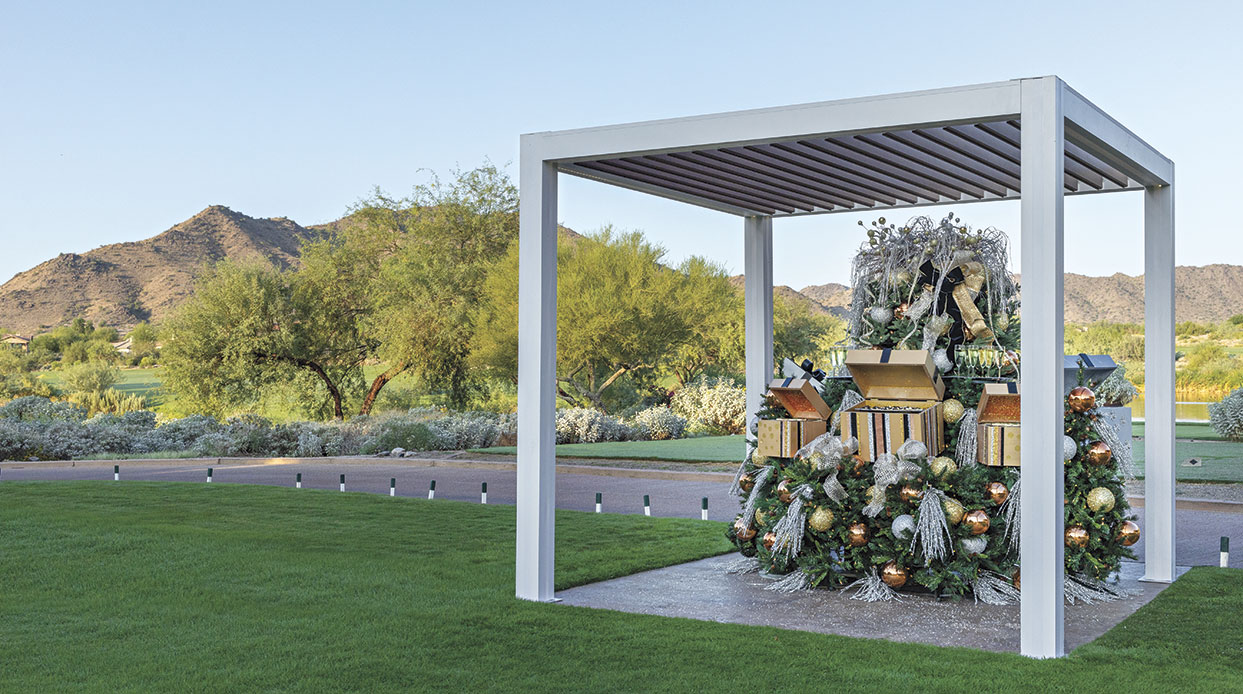