For more than a year, the iconic drafting studio at Taliesin West was eerily quiet—filled with rows of empty desks, all lined up under the watchful gaze of a larger-than-life photograph of architect Frank Lloyd Wright, Taliesin’s founder, which hangs on a rock wall.

The lack of architects, students, computers and renderings isn’t simply the effect of the pandemic, but also due to other events. Taliesin Architects, the continuation of Wright’s architectural practice—based in the studio—disbanded in 2003. Wright’s original apprentices (called the Fellowship) who chose to live at Taliesin, were assigned permanent desks in the studio. Over the decades, most have retired and passed away. Last year, the School of Architecture at Taliesin (once called the Frank Lloyd Wright School of Architecture) decamped to Paolo Soleri’s architectural communities, Cosanti and Arcosanti, after a rift with the Frank Lloyd Wright Foundation, which owns the Taliesin West compound. Long considered to be the heartbeat of all things Wrightian in Arizona, the drafting studio began to collect dust.

In recent months, though, computers, ergonomic desk chairs, architects and students have returned to the space, thanks to an internship program launched by Scottsdale architect Bing Hu, who received his master’s degree in organic architecture at the school in 1991. “It made me a bit sad that the studio was empty and there were no more students,” explains Hu, who started his own architectural firm H & S International with his wife, structural engineer WenChin Shi, in 1994. “This is a homecoming for me and a way to give back to Taliesin.”

Hu, a Phoenix Home & Garden Master of the Southwest, credits his career success with his education at Taliesin West. He came to the school and began living at the compound in 1988, after receiving an undergraduate degree in architecture in his native China and winning a national competition for master planning a major park in Shanghai. Shi followed the next year, and the couple absorbed architectural lessons by working on actual projects spearheaded by Taliesin Architects. “There’s nothing better than real-life experiences and learning architecture in this studio,” Bing says of his days and nights spent studying and working in the historic stone and redwood building overlooking the Scottsdale desert.

The recollections of his student experiences and being in the Wright-designed surroundings led Hu to lease half of the studio space this spring for the internship program, functioning as a de facto satellite office for his 10-member firm, known for its modern, award-winning residential and hospitality projects.

The interns may also work on projects that are closer to Hu’s heart, including the restorations of the late artist and Wright apprentice Ling Po’s cottage on the grounds of Taliesin West and the circular David and Gladys Wright (Frank Lloyd Wright’s son and daughter-in-law) house in Arcadia, which Hu and Shi purchased last year.

1. Architect Bing Hu in the drafting studio. Hu, who received his master’s degree at Taliesin West, is launching an internship program at the historic site. 2. Pyramid-style steps, desert rock walls and redwood trim mark the building that includes the drafting studio. 3. Frank Lloyd Wright critiques a drawing in the drafting room. 4. Mahogany ceilings and Wright-designed furnishings are featured in the sweeping great room. 5. Hu, his wife, WenChin Shi, and a partner purchased the Arcadia house designed in the early 1950s by Wright for his son and daughter-in-law, David and Gladys Wright. Plans are underway to restore the spiral-shaped dwelling.

In the meantime, Hu drops by the studio frequently, reveling in the fact that the space is once again buzzing with learning and work. “The roof still leaks, and we have to cover our computers at night,” he says with a laugh. “Even with air conditioning, this old building is still hot in the summer. But most importantly, the interns are working in an inspiring place, surrounded by great architecture and learning by doing—which has always been the core of Frank Lloyd Wright’s philosophy. It was rooted here.” 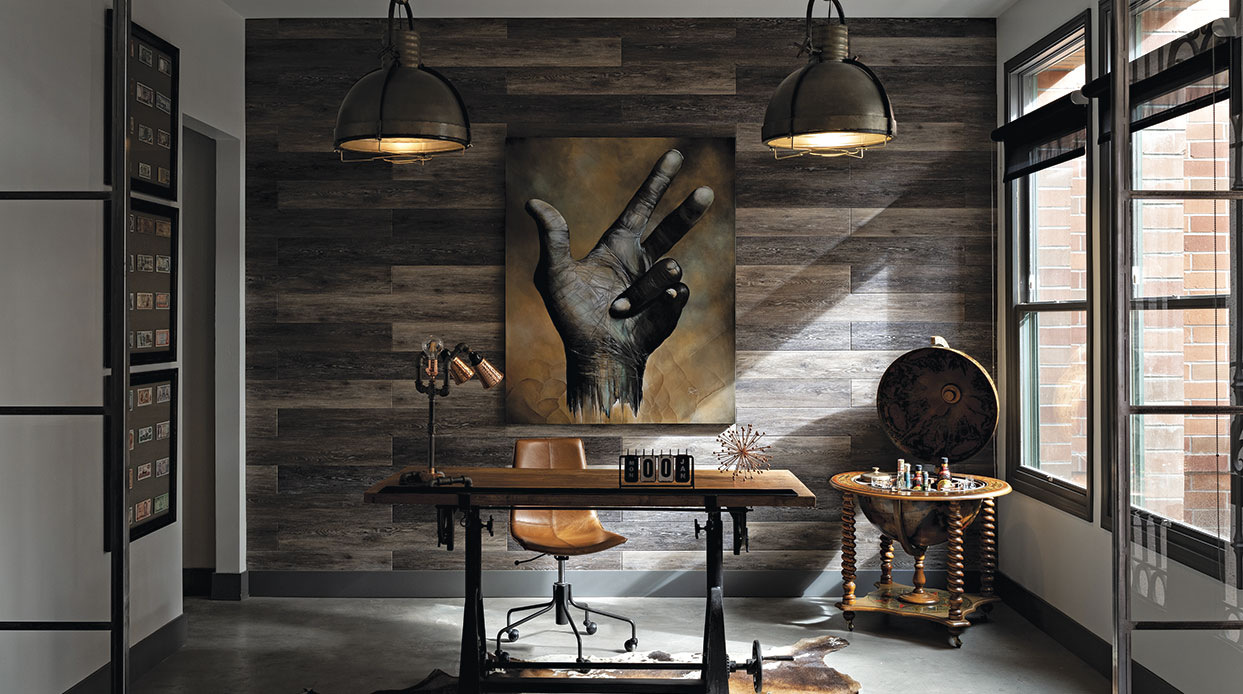 Inside a Luxurious Industrial-Chic Brownstone in Downtown Phoenix 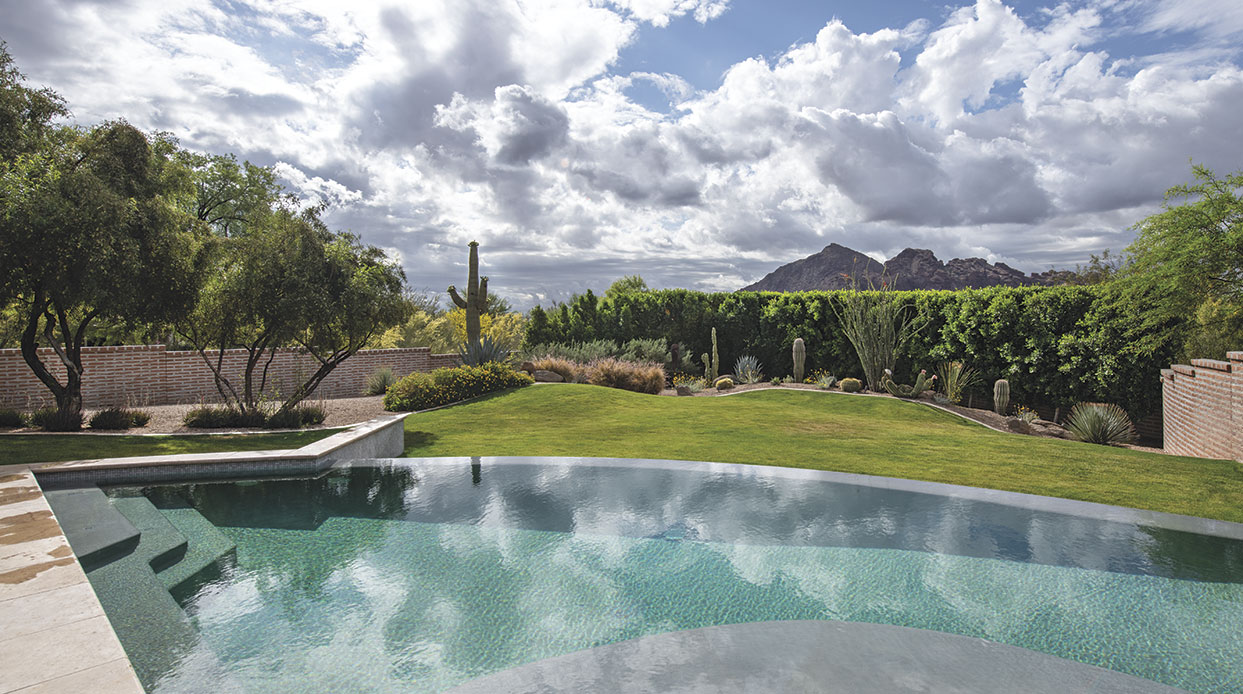 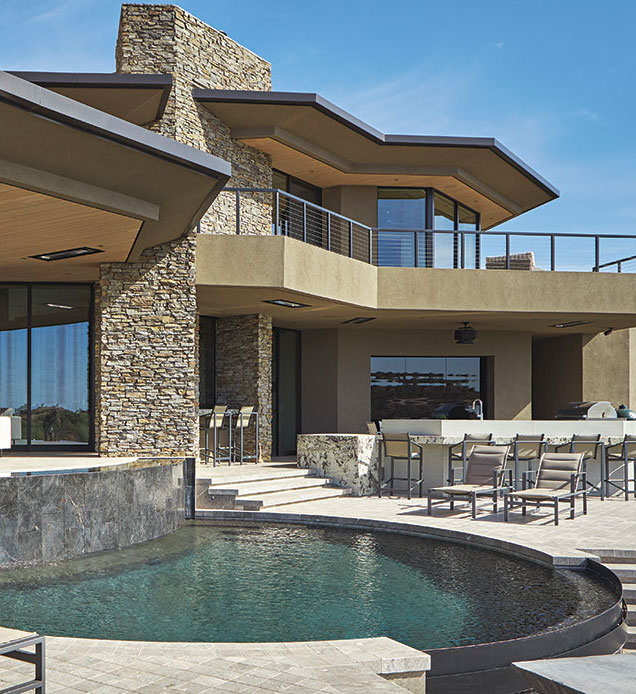